An ABC spokesperson has announced that Dr. Kai Bartley, the character portrayed by the actor on the TV medical drama, will appear more starting with the November 11 show.

AceShowbiz - Actor E.R. Fightmaster has made history on TV medical drama "Grey's Anatomy" by becoming the first non-binary regular. Fightmaster, who portrays character Dr. Kai Bartley on the show, has been promoted to recurring status.

The character was first introduced in the third episode of Season 18, when Ellen Pompeo's character Meredith met with a Parkinson's Disease research team, including Bailey, at a Minnesota hospital to consider a job offer.

On Wednesday, October 27, an ABC spokesperson announced fans will be seeing more of Kai, starting with the November 11 show.

A character description for Kai reads, "They are dedicated to their craft and extremely talented at what they do. Confident as hell and able to make even the most detailed and mundane science seem exciting and cool, Kai and Amelia bond over their shared love of medicine and the brain."

Fans have been vocal in voicing their excitement over Kai's potential romantic relationship with Caterina Scorsone's Amelia. "I am pretty sure Amelia is going to leave Link and end up with them by the end of Season 18," one tweeted. "Dr. Kai Bartley is so cool!" 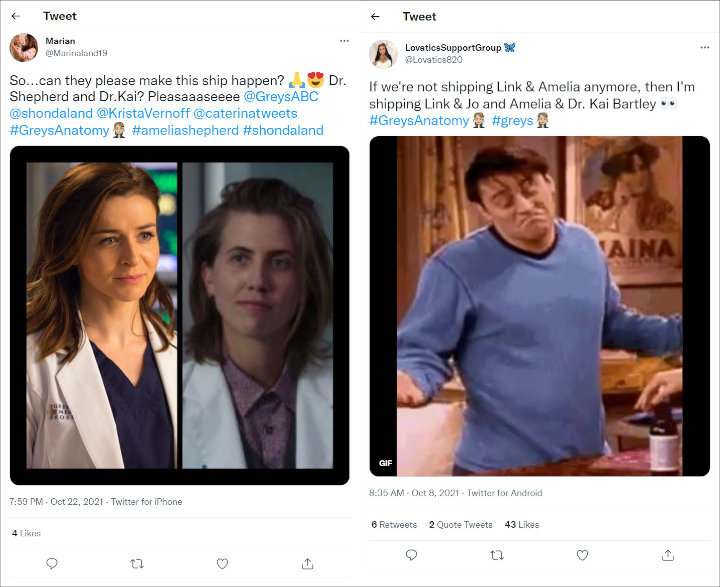 Fightmaster, like Kai, identifies as non-binary and has appeared on two seasons of the Hulu series "Shrill" as a love interest for Lolly Adefope's character, Fran. 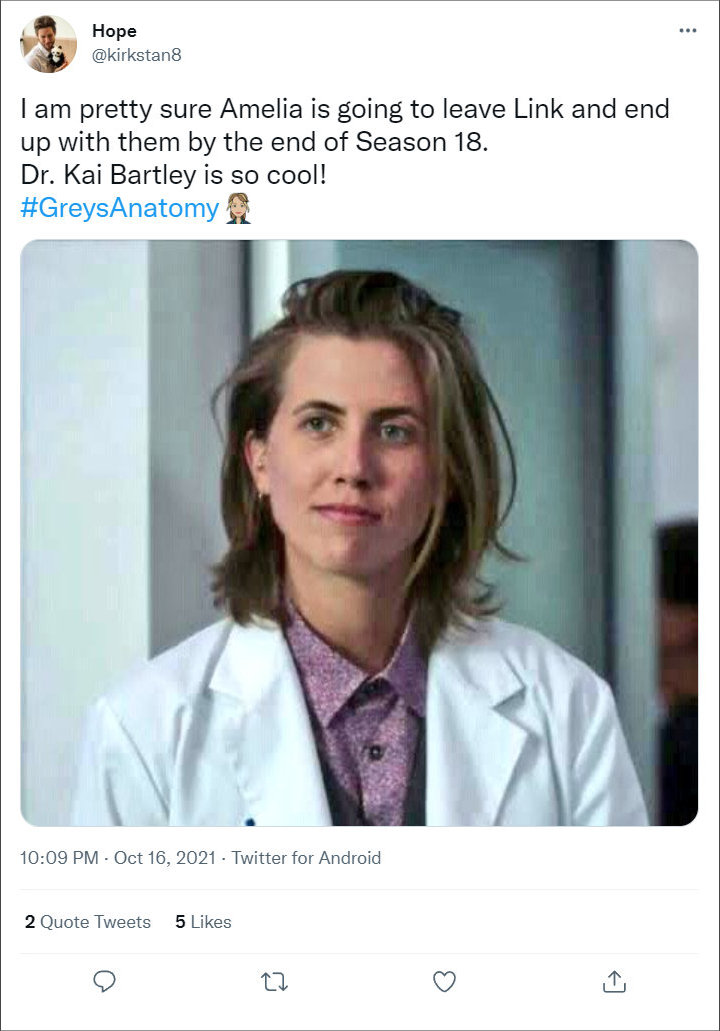 A fan shared prediction of the potential romance.

This marks the first time a non-binary actor has played a doctor on the show, although trans actor Alex Blue Davis played surgical resident Casey Parker in Seasons 14 to 16, according to Variety.

Rebel Wilson Would Consider Gaining Weight Only for This Reason