Tamra Judge on Returning to 'RHOC': 'Not Happening'

Back in January, the mom of four announced her departure from 'The Real Housewives of Orange County' after 12 seasons, saying that while she's 'sad to go,' she's 'very excited about [her] future.'

AceShowbiz - Tamra Judge is not planning to return "The Real Housewives of Orange County". The reality TV star answers some followers' questions on her Instagram Story on Monday, October 4 regarding whether or not she will return to the show.

"Can't wait to see you and Heather [Dubrow] on [orange emoji]," one follower asked. To that question, the 54-year-old responded, "Sorry, not happening! Concentrating on the future not the past." 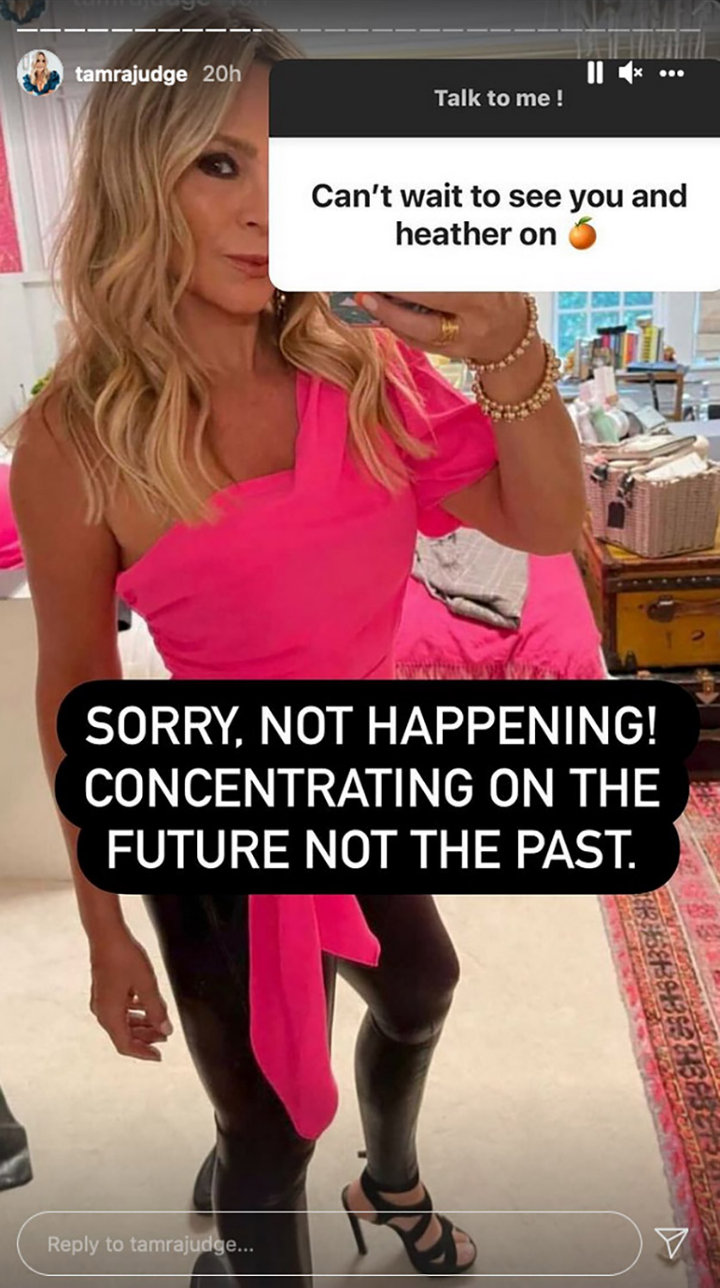 Prior to this, Tamra appeared to keep the door open when it came to making a return to the Bravo reality TV show. "It's not one of those things where I'm like, 'Yeah, I'm dying to go back,' " Tamra told Us Weekly back in January. "And it depends on the cast. If it's a good cast, then yeah, but if it's a really bad cast, it can really change things and make it not fun and not worth the stress."

Tamra announced her departure from "The Real Housewives of Orange County" after 12 seasons. "It's been a wild 12 years. But it's time for me to move on. Im sad to go but I'm very excited about my future . Love you guys," the mom of four wrote on Instagram back in January.

Her exit arrived just one day after former co-star Vicki Gulvanson announced her own departure. "I will always be the OG of the OC, but it's time to say goodbye to 'The Real Housewives of Orange County'," Vicky wrote at the time. "It's been an incredible ride for 14 years and I want thank all of you for your support, for your love and for 'whooping it up' with me along the way. I've been working on new projects that will be exciting, empowering and inspirational."

She continued, "I hope you will join me with my new journey so please stay tuned. I love all my fans, and I want to thank Bravo and Evolution for this incredible experience which my family and I have will never forget. #bravo #rhoc #whoopitipwithvicki @westwoodone @bravo @whoopitupwithvicki."