Tipping his 'No Time to Die' co-star for an Oscar, the 'Bohemian Rhapsody' actor boasts that the former brought 'this emotion' that he has never felt with a 007 agent before.

AceShowbiz - Rami Malek is tipping his "No Time to Die" co-star Daniel Craig for an Oscar, because he thinks he makes a brilliant James Bond.

The "Bohemian Rhapsody" star admits it was a huge thrill to face off with Craig as Bond villain Lyutsifer Safin in the Brit's final outing as 007 and he thinks his co-star deserves some recognition for making the film franchise bigger than ever.

"What Daniel [Craig] has done is bring this emotion that I've never felt with a Bond before," Rami tells "Good Morning America". "He really gets in there and he breaks your heart at times. It's more emotional than any Bond film you've ever seen. This one's special."

Malek reveals Daniel was a true leader on set and helped "elevate" everyone from his castmates to the crew.

"There's a very fine line between Daniel Craig and James Bond," he adds. "I like to think of the character of Bond as being very altruistic; I don't think he's out for any personal goal or ambition - he really wants to look after humanity."

"And microcosmically, I think that's how I see Daniel. He's so selfless on set. He is the essence of what it means to be a leader. He carried his troops with him and he elevates them. It's inspiring when you get to work with a guy like that...", says Rami, who netted a Best Actor Oscar for his role as Freddie Mercury in in 2019.

"He knows what it takes. It's his world. You step out there and you know it's gonna be a bit daunting, but he was always there... This man deserves all the recognition... I think a trophy should be coming his way."

Dale Moss Appears to Deny Cheating on Clare Crawley, Says She Blocks Him After Split

'No Time to Die' Bows Atop Box Office With $56 Million 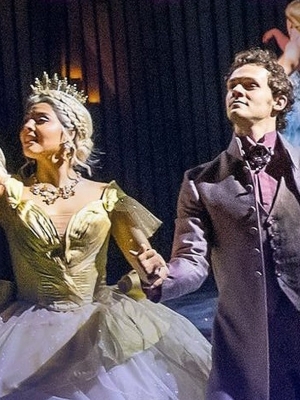