Once again proving their love for one another, the 'Keeping Up with the Kardashians' alum is revealed to have helped her fiance in removing his stitches, and he is so grateful for it.

AceShowbiz - Is there anything Kourtney Kardashian can't do? She is a successful celebrity, businesswoman, a loving mother, and now she can also add "nurse" to the list of things she's good at. Recently, the "Keeping Up with the Kardashians" alum helped Travis Barker, her fiance, remove his stitches.

Feeling grateful for her aid, the Blink-182 drummer took to Twitter to tell the world what the 42-year-old reality star did. "Fiancee, best friend and now nurse. @kourtneykardash just removed my stitches," he tweeted on Wednesday, March 30.

A lot of fans were happy that Kourtney was there for Travis. One fan praised Kourtney on Twitter as saying, "And they said she has no talent! Go off Queen." Another fan expressed admiration for the couple's love by tweeting, "I hope to find a love like you guys some day."

Other fans were also asking what happened to Travis that he needed a stitching. The 46-year-old rocker didn't share further on how and why he got injured in the first place. His followers continued to express that they were happy he is okay.

Kourtney has never been afraid to show her love for Travis. In May 2021, the older sister of Kim Kardashian helped tattoo his arm with the words that read "I love you" which he shared on his Instagram Story. He wrote on the Story that the tattoo was "my favorite tattoo from my favorite tattoo artist." 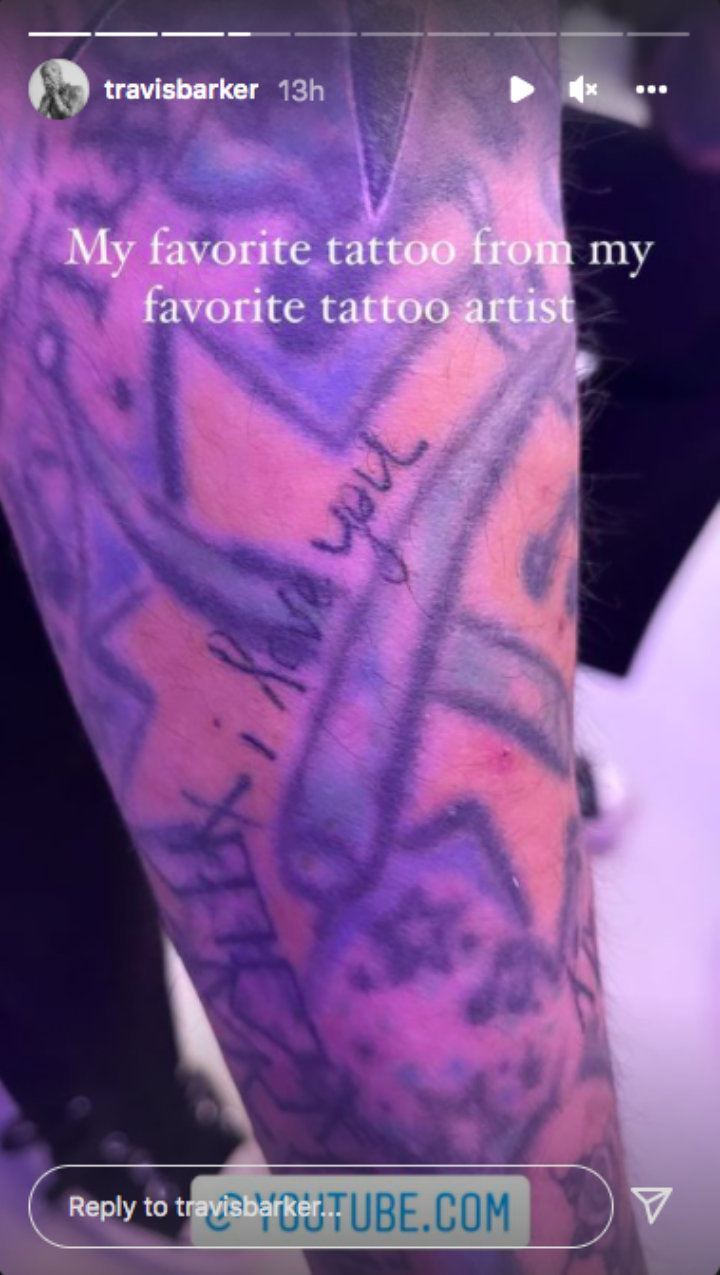 Kourtney and Travis, who got engaged in October 2021, have proven to fans that their relationship is still going strong in 2022. On March 28, the day after Oscars night, he uploaded pictures of the two of them with a caption that read, "Life's good." It got his fiancee to response in the comment section, "And only getting better," adding a black heart emoji at the end.

Travis' Oscars post also saw his followers mentioning that they loved how happy the two are. Some of the comments read, "How does it feel to be the cutest couple on the planet" and "love how you treat Courtney like a Queen, with respect, kindness, and with heartfelt passion. Men should learn from you and love to you both."

Mark Ronson Days Away From Tying the Knot With Grace Gummer