Tom Daley Shows Off His Own Knitted Olympic Cardigan

The British diving champion proudly reveals his latest knitted creation, a custom Team GB cardigan, to remember his time at the Olympic Games in Tokyo, Japan.

The diver - who won his first-ever Olympic gold medal in the men's synchronised 10m platform at the Tokyo 2020 Olympic Games last week (ends01Aug21) - has also made a splash with his knitwear, and he's proudly shown off his latest creation, which he'd been spotted working on while sitting in the stands by the pool.

Posting on Instagram, he wrote, "When I got to Tokyo, I wanted to make something that would remind me of these games. Something that I could say I had made in Tokyo, during the Olympics! I did a @teamgb logo on the back, with a flag and GBR on the shoulders and Tokyo embroidered onto the front!"

He shared a clip of himself modelling the cardigan on his Made With Love By Tom Daley knitting account, talking through the design and asking for his followers' input.

"Thoughts and opinions please - but be nice!" 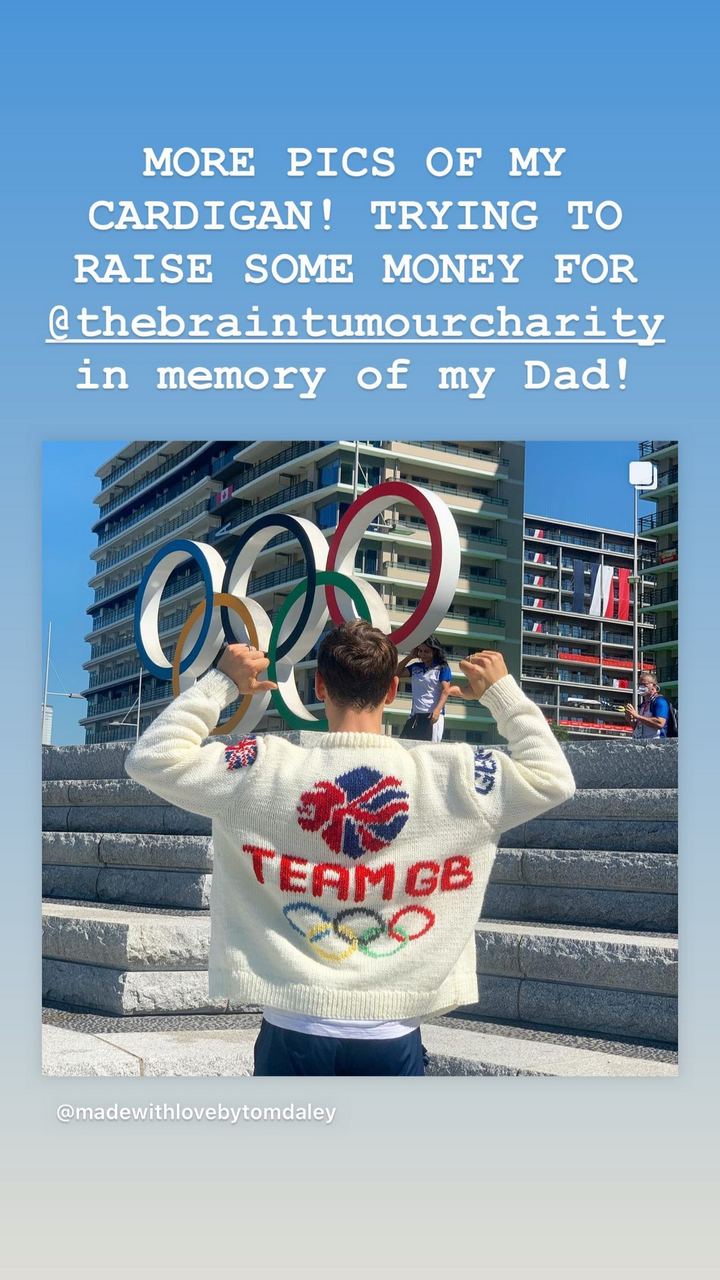 Tom Daley shows off his own knitted Olympic cardigan

During the Women's 3m Springboard Final over the weekend, Tom was spotted poolside with his needles and wool making a jumper for the internet-famous pooch Izzy The Frenchie.

Responding to the viral snap with a picture of what he was making, he wrote, "For those asking what I'm making here ... I am making a dog jumper for @izzythe.frenchie."

He later shared the finished piece with his followers.