The 'Havana' hitmaker addresses backlash which arose after she performed her new single 'Don't Go Yet' on 'The Tonight Show Starring Jimmy Fallon' with a 'black face' dancer.

AceShowbiz - Camila Cabello has responded to backlash sparked by a Friday night (23Jul21) TV performance of her new single, insisting a white dancer was supposed to look tanned, not black.

In response to the tweets, Cabello insisted the intention was for the dancer to look like a character with a bad fake tan.

She shared a statement that read, "hey! so this dude was just supposed to be a white man with a terrible spray tan. We purposefully tried to pull together a multicultural group of performers, the expectation was not that everyone in the performance needed to be Latin."

"There are white people, African American people, latin people, etc. and so the point wasn't to try to make everyone look Latin either. There are a lot of people in the performance who are not (sic)."

"The point was to try to make each person look like an over the top 80's character just like in the video, including a white dude with a terrible orange spray tan." 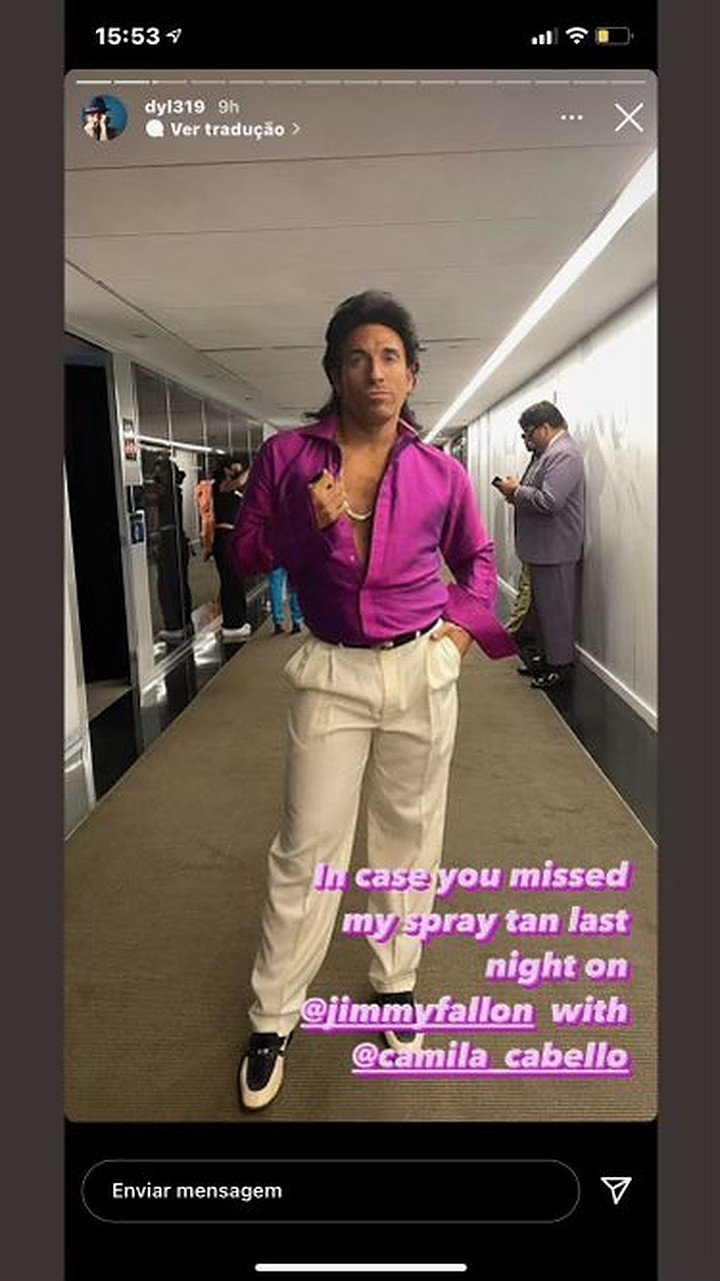 The tweet also included a screenshot of the dancer's Instagram Story, where he posted a selfie with the caption, "In case you missed my spray tan last night on @jimmyfallon with @camila_cabello."

Britney's Agent Slams Her Handlers Amid Conservatorship Woes, Accuses Them of Threatening Him