After the Ross Geller depicter revealed that he didn't like working with the monkeys, Mike Morris calls out the actor, saying that he gets 'a little bitter' about getting upstaged by his furry co-stars.

AceShowbiz - A trainer of the capuchin monkeys that served as Ross Geller's pet on "Friends" is not pleased with David Schwimmer's recent complaint. After David admitted that he didn't like working with the Marcel depicters, Mike Morris fired back at the actor, calling him "jealous."

"I did about five episodes and the first couple episodes, David Schwimmer was pretty good with the monkeys," Marcel said of Katie and Monkey in an interview with The Sun. "After that, he seemed to get a little bitter about them being there."

While David felt annoyed working with Katie and Monkey, Mike divulged that other "Friends" stars such as Jennifer Aniston and Matt LeBlanc were fine with the primates. "We had to rehearse with the monkey by herself and then [David] would come in and things wouldn't be the same, so it made it harder," Mike explained. "It got to the point where he just really resented the monkey being there - he obviously had a problem with her and he's still talking about it now."

"The other capuchin who played Marcel was called Monkey and passed away recently from cancer, so Schwimmer was talking ill of the dead when he made those comments [in the reunion]," Mike further argued. "I find it despicable for him to still be speaking ill of her."

David complained about the monkeys in "Friends: The Reunion", which was released in May. "The monkey - obviously, it was trained and it had to hit its mark and do its thing right at the perfect time - but what inevitably began to happen was we would all have choreographed bits kind of timed out, and it would get messed up because the monkey didn't do its job right. So, we'd have to reset, we'd have to go again because the monkey didn't get it right," he elaborated.

"So the monkey would be sitting on my shoulder, take some grubs, break them in half - the squirming live grub, they ate it, and then it would just go like that [put its hands on me]," the 54-year-old actor went on fuming. "It was time for Marcel... you know, f**k off." 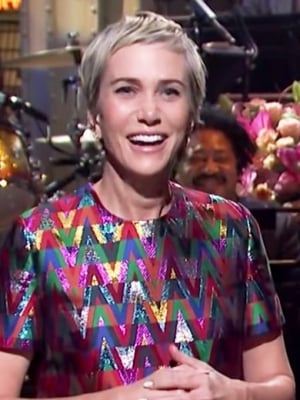