One of the critics suggests that the 'Keeping Up with the Kardashians' star should have never changed her face because 'there is nothing unique about her now.'

AceShowbiz - Kylie Jenner has come under fire for her changing appearance over the years. After one internet user dug up her Instagram photos from 2011 to 2012, the "Keeping Up with the Kardashians" star was slammed by many for looking "unrecognizable."

The individual in question made use of TikTok to share a slideshow of Kylie's snapshots from where she started using Instagram. In the caption, the TikTok user penned, "@kyliejenner recognize this it took me 25 mins to get to the beginning."

The clip included one picture of Kylie from August 2012 which saw her looking more natural with her smaller lips as she smiled to the camera. In another image, the 23-year-old makeup mogul could be seen posing with a friend in a cheerleader uniform.

One other photo displayed Kylie posing with her mother Kris Jenner. In a December 2011 snap, meanwhile, she appeared to not wear any make-up as she put on a silly face while sitting next to Kourtney Kardashian and Scott Disick's eldest child, Mason. 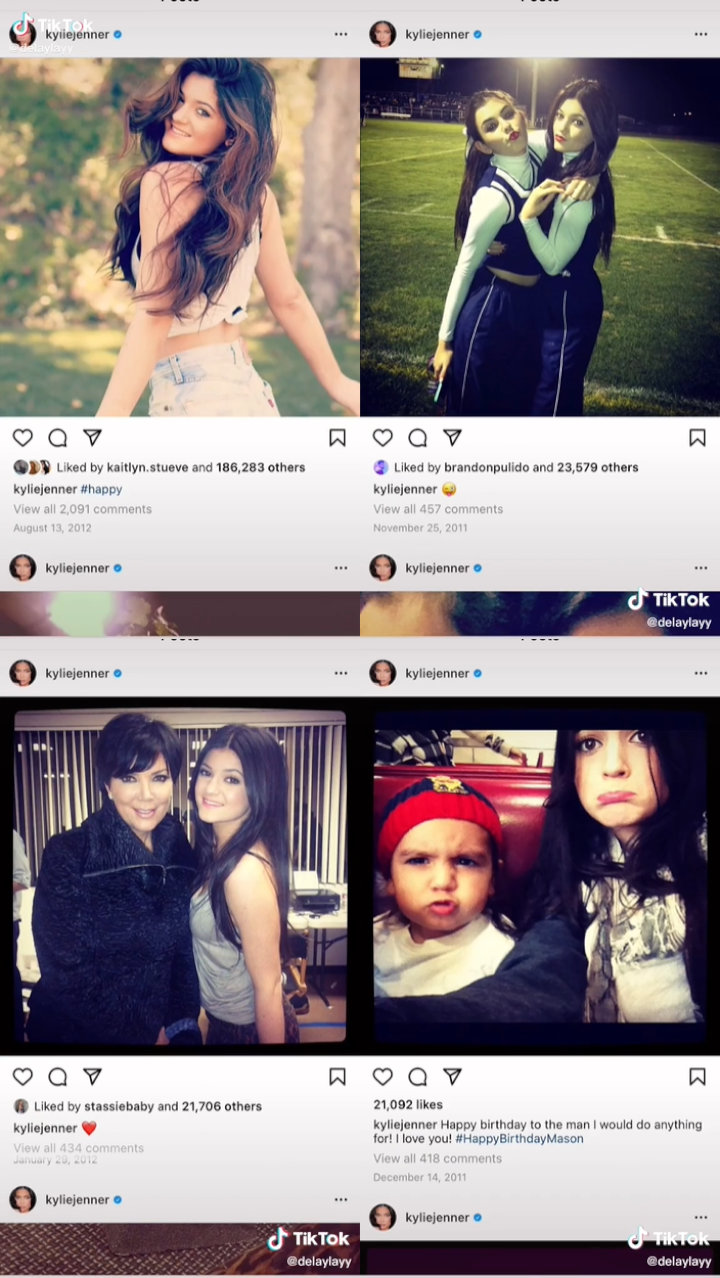 Many have since compared Kylie's old appearance to her current look. One person in particular asked in disbelief, "Who's that? (So unrecognizable)." Another suggested, "She shoulda never changed, there is nothing unique about her now. She looks like everyone else." A third chimed in, "She's literally not the same person."

Kylie herself previously admitted in the "KUWTK" reunion special that she got lip fillers. On the reason why she went through the procedure, she first told host Andy Cohen, "My love for makeup started with my insecurity with my lips. And I didn't ever think about it until I had one of my first kisses."

"A guy said to me, 'Oh, my God, you're such a good kisser, but you have such small lips,' or something like that," the Kylie Cosmetics founder further recalled. "And then, from then... from then on, I felt... unkissable."