After being accused of attacking his partner, the 'Jersey Shore' star proves that his relationship with Saffire Matos is still going strong as he can be seen sweetly hugging her in a new social media post.

AceShowbiz - Ronnie Ortiz-Magro makes it clear that his domestic violence arrest has not negatively affected his relationship with Saffire Matos. Assuring that his romance with his girlfriend is still going strong, the "Jersey Shore: Family Vacation" star shared new photos of him clinging on to her.

On Monday, May 31, the 35-year-old reality star shared the sweet photo on his Instagram account. In accompaniment to the post that displayed him hugging Saffire, he offered a heart and bear emoji caption. He also added a hashtag that read, "#BearTings." In the image, he could be seen wearing a beige hoodie, while his girlfriend donned a crop nude brown t-shirt. 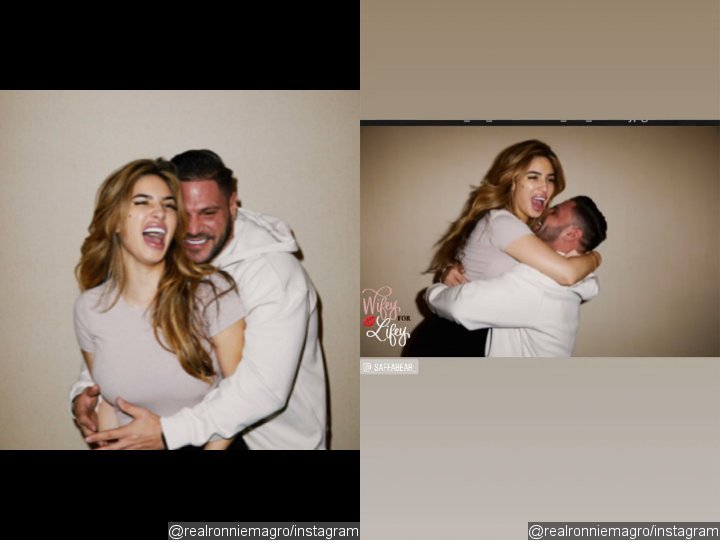 Ronnie also took to his Instagram Story to share another photo of him with Saffire. Over a snap that captured him lifting Saffire up, he attached a GIF sticker that read, "Wifey for lifey." His beau also took to Instagram to share a loving photo of herself hugging her boyfriend with a wide smile on their faces. In the caption, she wrote, "Two spaguineas," and added a red heart emoji and bear emojis.

The post came over a month after Ronnie was arrested in Playa del Rey, California after he allegedly attacked Saffire. He was released later that same day after posting $100,000 bail. Days afterward, his girlfriend set the record straight that she was not involved in the drama.

"Ronnie and I are fine," she stated on her Instagram Story in April. "There is a lot of misleading information floating around out there. With anybody who reached out with concern I appreciate it with all my heart, but everything that's being portrayed out there are not facts."

"I don't think it's fair that people are using false accusations to gain attention. Please leave Ron and I alone. You don't know what someone is going through at the end of the day. Don't believe everything you hear or read online," she explained further. "I'd appreciate privacy please. thanks for all your support."

Ronnie himself issued a statement following his release. Taking to his Instagram Story feed, he declared, "I take all experiences as lessons. You learn who really cares about you when your [sic] down and out and than [sic] you see who doesn't! But I guess they call it the weeding process. Thank you to my real friends who haven't left my side and haven't betrayed me."

Sabrina Peterson Reacts to T.I. Playing Down Her Apology Request