Stressing that she and the 'Jersey Shore' star are fine in the wake of his domestic violence arrest, Saffire Matos tells others, 'Everything that's being portrayed out there are not facts.'

Saffire Matos took to Instagram on Monday, April 26 to confirm she and Ronnie are "fine," and urged fans to wait for the truth before jumping to conclusions.

Ronnie was arrested on Thursday, April 22 in Playa del Rey, California and taken into custody, according to Los Angeles Police Department officials, but Matos has confirmed she wasn't involved in the drama.

"Ronnie and I are fine," Matos wrote on her Instagram Story. "There is a lot of misleading information floating around out there. With anybody who reached out with concern I appreciate it with all my heart, but everything that's being portrayed out there are not facts [sic]."

"I don't think it's fair that people are using false accusations to gain attention. Please leave Ron and I alone. You don't know what someone is going through at the end of the day. Don't believe everything you hear or read online." 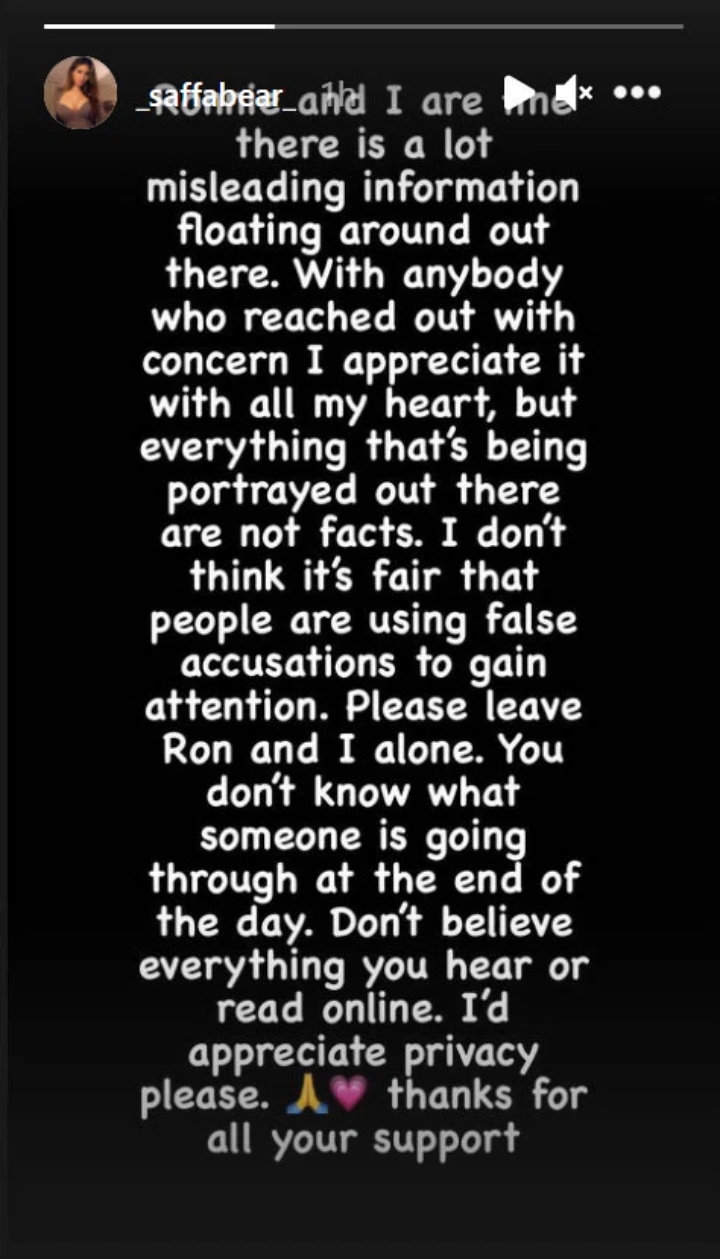 An LAPD spokesperson tells TMZ, "He was arrested on April 22 at 11.50 A.M. for domestic violence, but due to victim confidentiality, I can't go into detail." 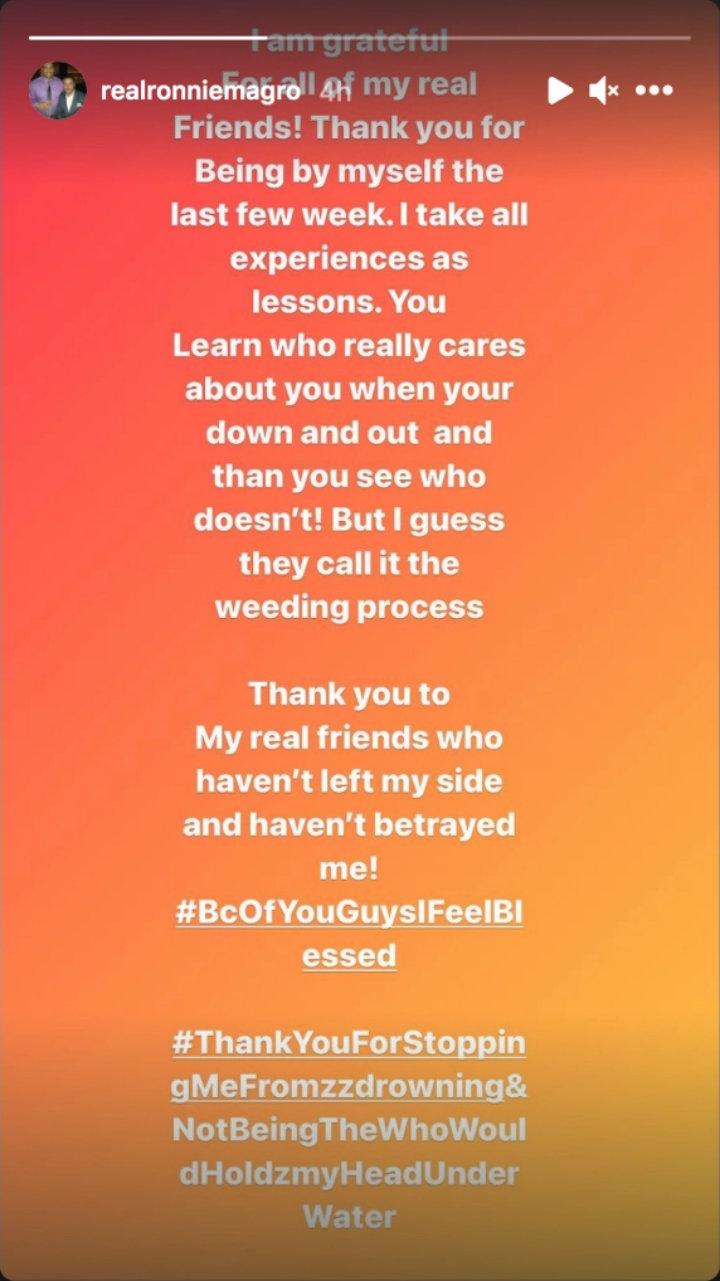 Ronnie has since released a statement, which reads, "I take all experiences as lessons. You learn who really cares about you when your [sic] down and out and than [sic] you see who doesn't! But I guess they call it the weeding process. Thank you to my real friends who haven't left my side and haven't betrayed me."