The 'Dreamsicle' singer has got a chance to break a tie with Buddy Miller in the Album of the Year category, and is up against Brandi Carlile for the Artist of the Year title.

AceShowbiz - Jason Isbell leads all nominees for the 2021 Americana Honors & Awards, picking up nods for Song, Album, and Artist of the Year.

If he wins Album of the Year, he will break a tie with Buddy Miller for the most awards in that category with four victories. Up on the category thanks to his "Reunions" album, he is facing competitions from Sturgill Simpson, Steve Earle & The Dukes, Valerie June and Sarah Jarosz.

Isbell has also won Song of the Year a record four times and Artist of the Year, for which he'll be up against Brandi Carlile, Kathleen Edwards, Margo Price and Billy Strings this year.

If Carlile wins Artist of the Year, she'll become the first woman to win the prize twice, breaking a tie with Loretta Lynn, Patty Griffin, and Gillian Welch.

The unveiling of the 2021 nominees took place at Nashville's National Museum of African American Music on Wednesday, May 26 with Keb' Mo' and Ketch Secor serving as co-hosts. Live-streamed on Facebook, the ceremony was made merry with acoustic performances from Valerie, Keb', Old Crow Medicine Show and Allison Russell.

Speaking of the nominees, Americana Music Association's executive director Jed Hilly said, "We're delighted to see our incredible membership recognize such an array of talent. Every one of these musicians is a trailblazer in their own right, and I'm thrilled to see that these nominees and their works have resonated so deeply within our community."

Winners will be unraveled on September 22 at the Ryman Auditorium in Nashville. The award ceremony, which was canceled in 2020 due to the COVID-19 pandemic, will kick off the AmericanaFest which will take place from September 22 to 25.

The full list of nominees for the 2021 Americana Honors & Awards is:

Artist of the Year:

Album of the Year:

Song of the Year:

Duo/Group of the Year:

Emerging Act of the Year:

Instrumentalist of the Year: 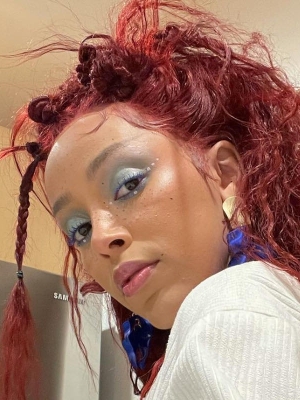