The 'Sorry, Not Sorry' singer shows off his freshly shaved head on Instagram after remaining unfazed by cultural appropriation claims when sporting his controversial dreadlocks.

AceShowbiz - Justin Bieber has got rid of his hairstyle which landed him in hot water earlier this month. The Canadian pop superstar debuted his new buzz cut on Sunday, May 23 after previously sporting the controversial dreadlocks.

The "Peaches" hitmaker took to his Instagram page to show off his new look. He changed his profile picture into a black-and-white snap of him stroking his now-much shorter hair. The 27-year-old shared the same image on his Instagram Story. 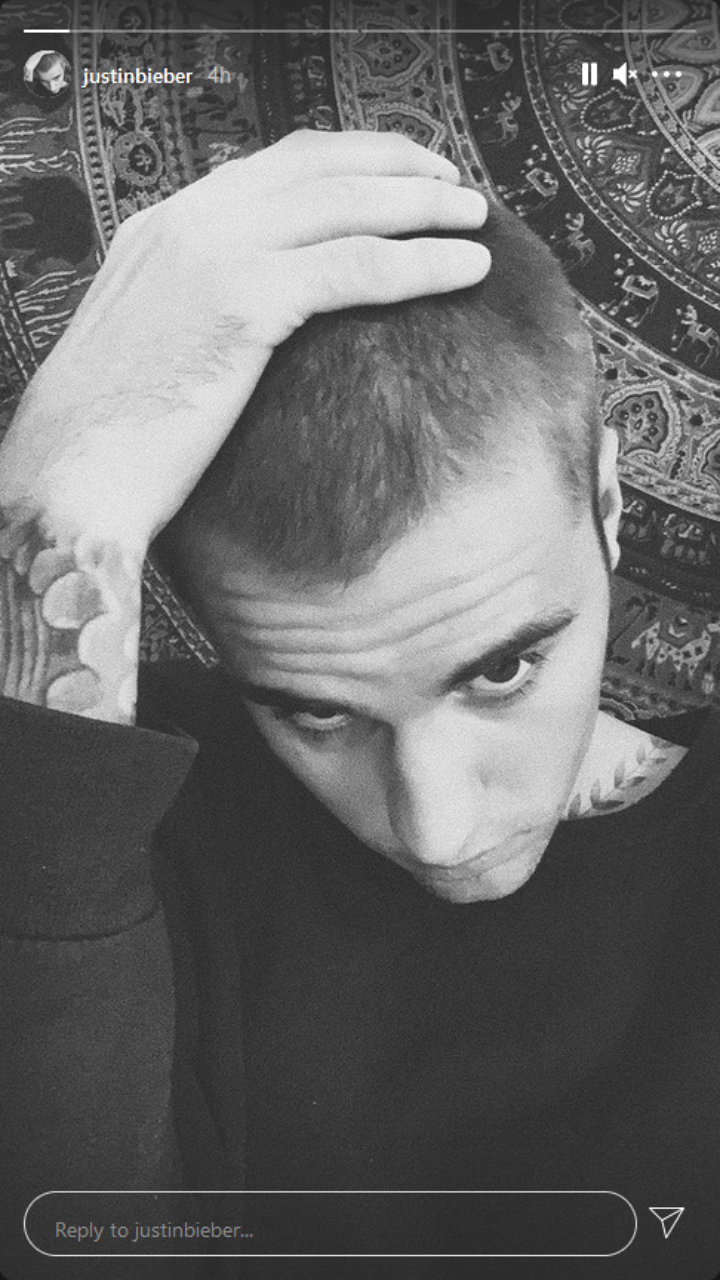 Justin also posted on his feed a new photo of him after getting the haircut. In the image, he was relaxing on a green couch with his wife Hailey Baldwin sitting next to him. Justin donned a dark top and jeans while his model wife rocked a yellow sweater and blue jeans. The pair appeared to be enjoying a healthy meal during an outing as he captioned the shot simply with "Happy Sunday."

Hailey was seemingly a fan of his hair transformation as she left a smiley face emoji in the comments section. Others also loved Justin's new haircut, with Ryan Tedder of OneRepublic exclaiming, "SHAAAAAAAVED BRUH."

Prior to shaving his head, Justin rocked dreadlocks for nearly a month. He debuted his controversial hairstyle, which is often associated with black culture, in late April, sparking accusations of cultural appropriation.

The Grammy Award-winning artist, however, remained unfazed despite the criticism as he showed off his dreadlocks which were tied into a man bun a few days later. He then continued posting pics of himself sporting the dreadlocks on his social media page before shaving them. The "Never Say Never" singer was last seen with the controversial hairstyle when attending the launch party of Kendall Jenner's 818 tequila on Friday, May 21.