Brittany Matthews admits that she is reluctant to share pictures of baby Sterling because she doesn't want her daughter's images 'blasted all over the internet.'

AceShowbiz - Patrick Mahomes' fiancee has responded to "concerned" fans asking about where their newborn has been. Brittany Matthews, who has yet to unveil baby Sterling's face on social media since her birth, stressed that she has never "left" her daughter anywhere she goes.

The 25-year-old offered her explanation via Instagram Story on Monday, March 29. "[For the people] that are so concerned about where Sterling has been or if we've been leaving her or what she looks like and when we're going to post a photo, she's been with us everywhere we go. I haven't left her for more than a few hours because I'm breastfeeding, so I either need to feed her or pump every three or so hours," she said in the video. 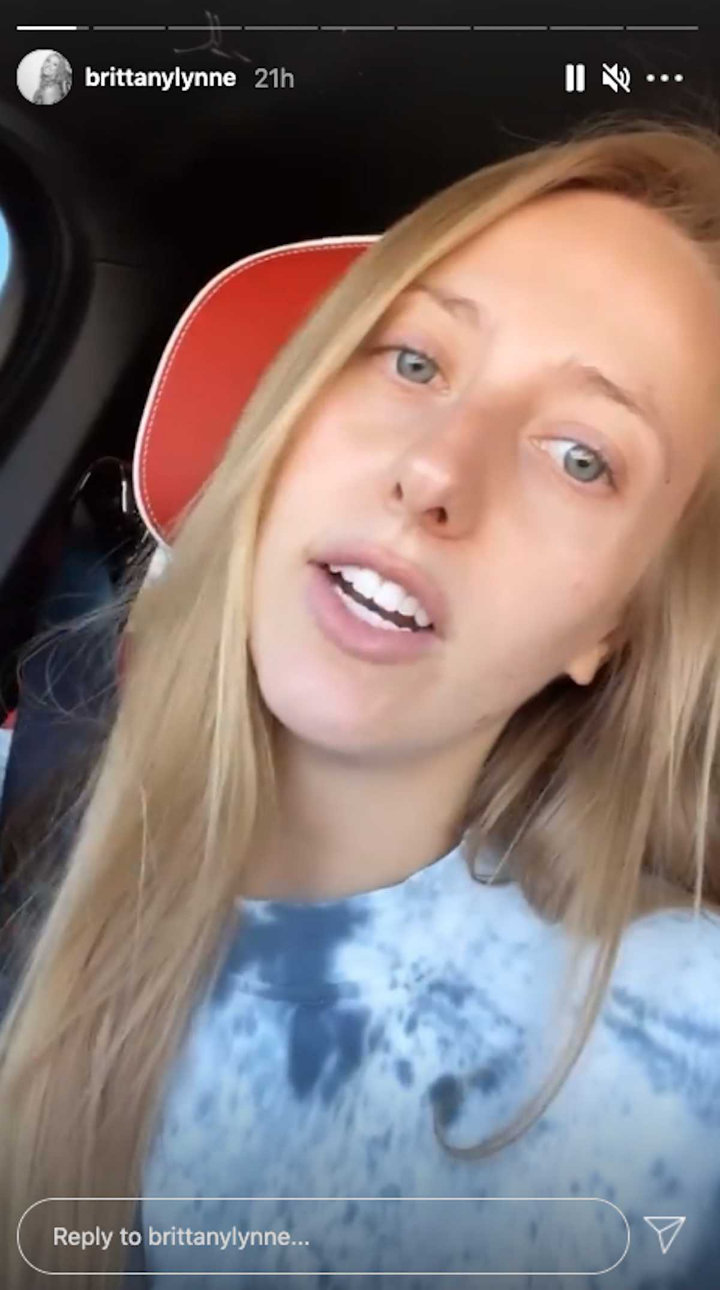 Brittany previously thanked her fans for their positive remarks. "I just wanted to get on here and say that you guys have been just the sweetest ever commenting on all my posts, saying that I look so good and I haven't had a baby, and I just want you guys to know that I appreciate y'all. I appreciate all the positive, sweet people that I have here on my platform. Y'all are just the greatest and I just wanted to say thank you and that I love you guys," she raved.

The new mom went on to admit that she is reluctant to share pictures of her 5-week-old child. "Also, as far as posting photos and showing you guys, I really just don't know. I just love keeping her to ourselves and to our family. I just don't need her blasted all over the internet and everyone posting photos of her. Maybe one day we will, maybe one day we won't. Who knows? But I hope you guys respect that and understand," she elaborated.

Brittany and Patrick welcomed Sterling on February 21. They confirmed the tot's arrival via Instagram by posting a snap of the baby's tiny hand with theirs while Brittany flaunted a necklace bearing their kid's name.

The first-time parents have been together since high school and got engaged on September 1, 2020. The Kansas City Chiefs quarterback proposed to her after the Chiefs' Super Bowl LIV ring ceremony and one day after celebrating her 25th birthday.

DJ Akademiks Weighs In on Quavo and Saweetie's Elevator Fight: It's 'Abusive ASF'