Younes Bendjima defends himself via Instagram Story after the Good American founder discussed her elder sister's 'negative' ex-boyfriend on 'Keeping Up with the Kardashians'.

The 27-year-old model made use of Instagram Story to offer his two cents. He shared a message that read, "Do yourself a favor. Surround yourself with those who speak of visions, ideas, goals, growth. Not those who sit and gossip about others. And if you do find yourself in that situation, excuse yourself and walk away. The game ends when you choose to leave such a gathering." 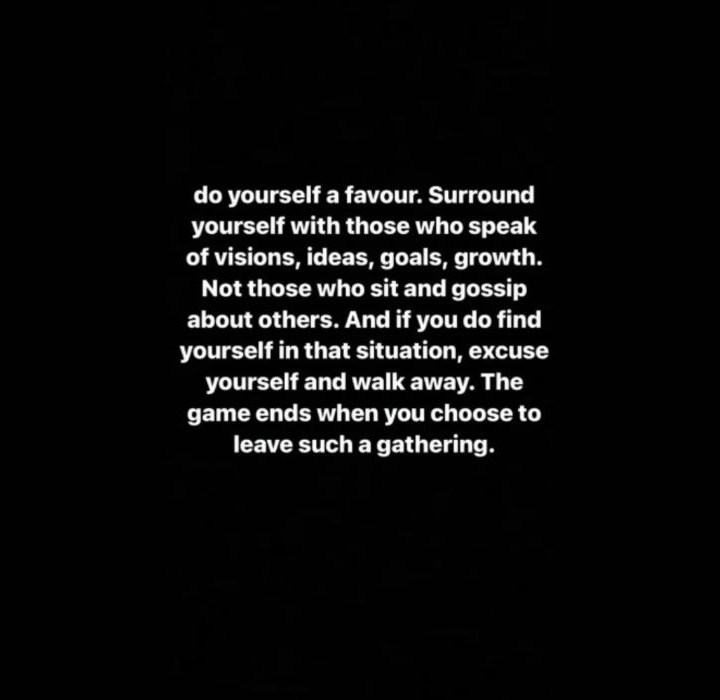 Younes' post came after Khloe threw a low-key dig at him on Twitter. She first wrote, "He was sooooooo toxic and negative for Kourt. #KUWTK." When a fan asked, "are we talking about Y?" the former "Kocktails with Khloe" star replied, "Yous (sic) smart." 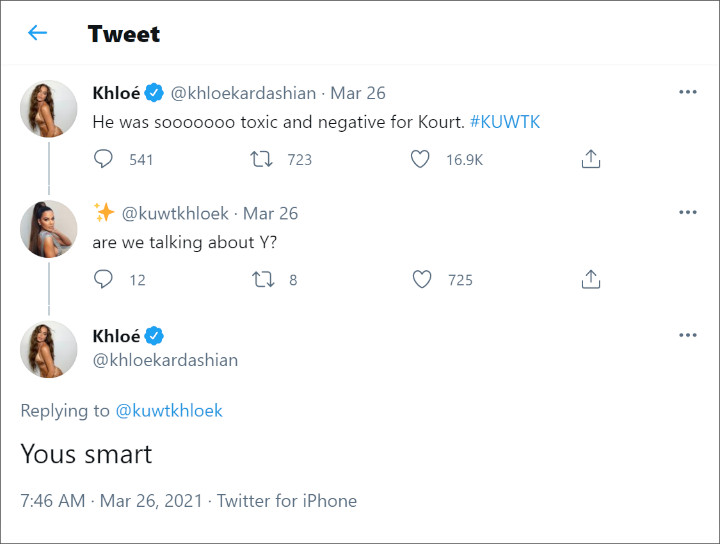 Khloe previously called him "negative" in the Thursday, March 25 episode of "Keeping Up with the Kardashians". When sitting down with Kourtney and Kim Kardashian, she first asked the Poosh founder whether she was still in touch with an unidentified ex. In response to her question, her oldest sister was quick to assure, "No, never."

Expressing her relief upon hearing Kourtney's answer, Khloe went on to press, "Do you look back and think he might have been a little negative for you?" After agreeing to Khloe's comments, the 41-year-old reality star then divulged, "he'll text me once in a while."

Elsewhere in the chat, Khloe asked Kourtney if she was dating someone. The mother of three, who was single at that time, responded, "No, who would I be dating?" She also made it clear that she did not want to "date anyone" at that moment and claimed that she was "feeling really content with [her] own way of life."

Kourtney and Younes were in a romantic relationship for more than a year before calling it quits in August 2018. After briefly reuniting in 2019, they ultimately parted ways. She is now dating Blink-182 drummer Travis Barker.

Fetty Wap Details What He Wants From His Lady