Declaring that she is done being silent, 'The X Factor' alum reveals that her music was blocked In the U.S. up until 3 years ago because she offended a music boss she did not name.

AceShowbiz - Rebecca Ferguson has opened up about her torment as a female singer/songwriter, revealing she has had to deal with bullying and blackmailing since finding fame on Britain's "The X Factor" in 2010.

The "Glitter & Gold" star claims her material was blocked in America because she "offended a music boss" and reveals she was cruelly treated, robbed and forced to sign contracts.

Taking to Twitter over the weekend, she wrote, "OMG! how sweet and innocent was I, how could anybody be cruel I am looking back and baffled at how I have been treated in this industry. How could you do that to a kid?" 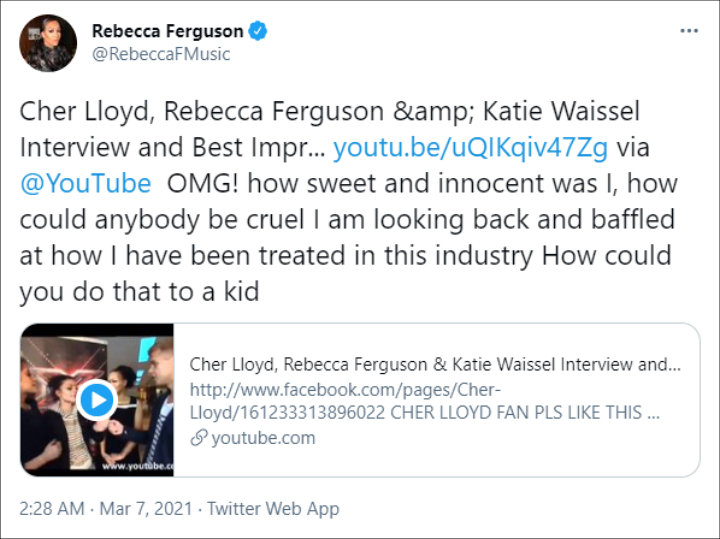 "I am not even being silent anymore. You forced me to sign contracts, blackmailed me, bullied me, robbed me, I am not even being scared anymore. I have looked back and I am disgusted in how you all treated an innocent young woman! who just wanted to sing! shame on you! [sic]." 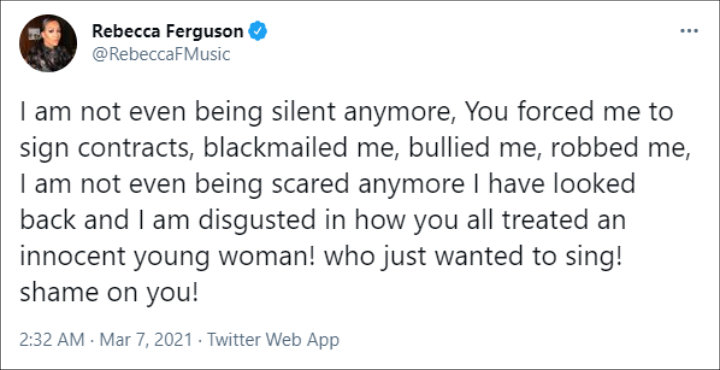 Rebecca Ferguson called out music boss for bullying and blackmailing her.
Editors' Pick

Rebecca added, "Up until 3 years ago, my music was blocked In the U.S. because I offended a music boss!! what type of man would bully a young innocent girl? I had to request for the ban to be lifted! [sic]".

Rebecca Ferguson spilled why her music was blocked in the States.

But she assured fans she is in a much better place now and revealed the rant came as she was looking back over her old videos.

"it brought up so many emotions and it broke my heart seeing how crushed I was and what they did to me, and I can't believe people stood back and allowed that to happen to an innocent woman who just wanted to sing," she explained. "I am heartbroken for the younger me who had to go through all of that." 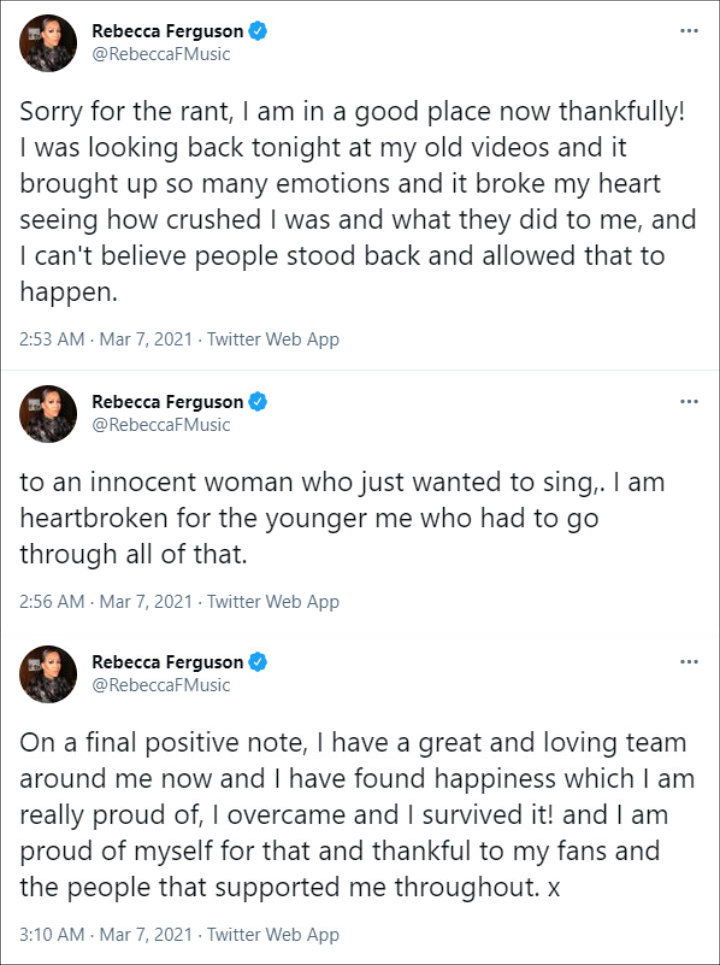 "On a final positive note, I have a great and loving team around me now and I have found happiness which I am really proud of, I overcame and I survived it! and I am proud of myself for that and thankful to my fans and the people that supported me throughout [sic]."