The makeup mogul leaves social media users irritated after sharing a picture of 17 pairs of Nike shoes, which appear to have been gifted by the company for her 'spoiled' daughter's birthday.

AceShowbiz - Kylie Jenner's display of her lavish lifestyle is rubbing people the wrong way. The 23-year-old, who was named the world's youngest self-made billionaire in 2019 by Forbes, has been under fire after showing off her daughter Stormi's expensive sneaker collection.

The mother of one posted on her Instagram Story last week a picture of 17 pairs of Nike shoes, which were apparently gifted by the company for her daughter's 3rd birthday. Among the impressive haul were $220 Air Jordan 6 Retro GS Gatorade sneaker and $157 Starfish sneaker from the same line, as well as a vintage pair of Air Jordans and Rubber Dunk x Off-White sneakers worth $173.

The generous birthday gift is estimated to be worth at least $1,500 in total. "My girl is so spoiled," so the reality TV star captioned the snap. 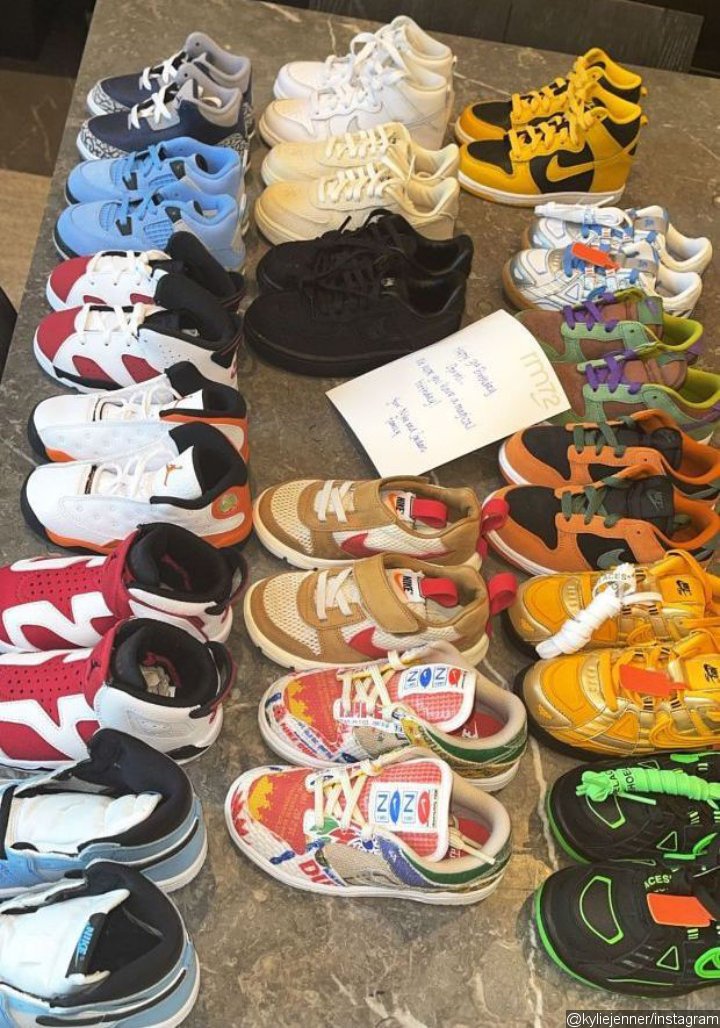 Seeing Kylie bragging about her daughter's expensive shoe collection while some parents are struggling to provide the essentials for their children, people took it as an insult that the Kylie Cosmetics founder showed off the toddler's Nike shoes on Instagram.

One person took to Twitter to slam the "Keeping Up with the Kardashians" star, "Some kids don't have shoes or their own bed. This is insulting." Another wrote, "Nike and Jordan sending Kylie Jenner's three-year-old daughter 17 pairs of trainers is crazy to me."

Some others blasted Nike for its inconsiderate move, with one criticizing the company, "@Nike can send a toddler (Kylie Jenner's daughter) 17 pairs of sneakers for her birthday for free but can't give shoes to the needy. Got it." Another added, "@Nike sent Stormi (billionaire family) 17 pairs of sneakers, meanwhile; average kids are running in worn down shoes at school and are expected to pay $100 for a decent pair."

For being a daughter of a young billionaire, Stormi is no stranger to luxurious items. Her mother previously showed the tot's $27,000 Hermes Kelly handbag and a $12,000 Hermes backpack, which she wore on her first day for school.