A little over one month after 'The Marathon' marked its 10 year anniversary, a digital documentary created by designers at OkiDoki gets appproval by the late rapper's family to be premiered online.

The 2010 release marked its 10 year anniversary in December 2020, and this weekend, fans will get to experience the music as part of a digital documentary, created by designers at OkiDoki with the blessing of Hussle's loved ones.

The film will tell Hussle's story using an animation of his silver 2010 Mercedes Benz SL550 convertible, as it cruises through the streets of Los Angeles, making stops at local landmarks pivotal to the rapper's growth, while the mixtape's songs provide a soundtrack to the documentary.

The footage is interspersed with quotes from the late MC, as well as new interviews with relatives and collaborators. Hussle's face is never shown in the film, as per the request of his brother, Blacc Sam.

Explaining why he wanted to celebrate "The Marathon", Sam told Billboard, "(The Marathon) forever reminds me of Nipsey's genius, vision, and his intuitive purpose to inspire others above all at all costs."

"Nipsey's determination, dedication, and integrity were displayed in every day of his life. His marathon mentality will forever inspire."

Nipsey's estate came forward about this visual project in late December. At the time, it posted a teaser of the film with a message that read, "Today marks 10 years since the release of #TheMarathon. A project our team holds near and dear to our hearts for many reasons. It represents the story of Nipsey's resilience and unwavering faith in his mission, and the authenticity and honesty in his message."

"It also was the first seed planted in the Marathon brand that gave fruit to many other branches that Nipsey architected, as only he could do," it was further detailed. "In commemoration of this anniversary we're proud to announce our collaborative effort with @okidoki to bring to life an interactive live visual album experience coming in 2021. The experience will give viewers and intimate look at the era that helped shape this masterpiece. The people, the places, the stories, and more."

"The Marathon Live Visual Album" will premiere at 9 P.M. ET on YouTube.

Noah Cyrus Shows Off Her Butt in Barely-There Bikini

One of T.I. and Tiny's Accusers Has Hired Famed Celebrity Lawyer Lisa Bloom

Ashley Cain and Leukemia-Fighter Daughter Get Support From Dwayne Johnson

Russell Simmons Batters Himself for Not Saving DMX 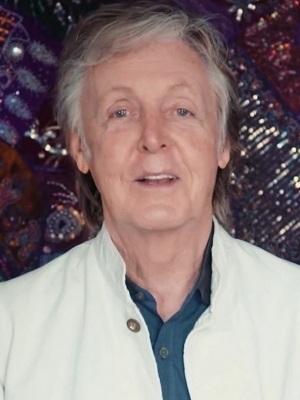