The indie artist confirms that he joined some friends to 'peacefully show my support for the president,' but was not part of the mob that stormed the Capitol.

AceShowbiz - Ariel Pink has defended his decision to attend a pro-Trump protest at the White House on Wednesday, January 6. Many pointed out that the singer was at the rally that eventually gave way to the violent siege of the Capitol, after filmmaker Alex Lee Moyer shared a photo of her, Ariel and another indie artist, John Maus, in the city.

While the photo was taken in what looked like a hotel room instead of on the White House lawn or the Capitol Hill, Alex tagged Washington D.C. as their location and hinted at their risky activity earlier in the day. "The day we almost died but instead had a great time," she captioned the snap posted on her Instagram account, which is now set private. 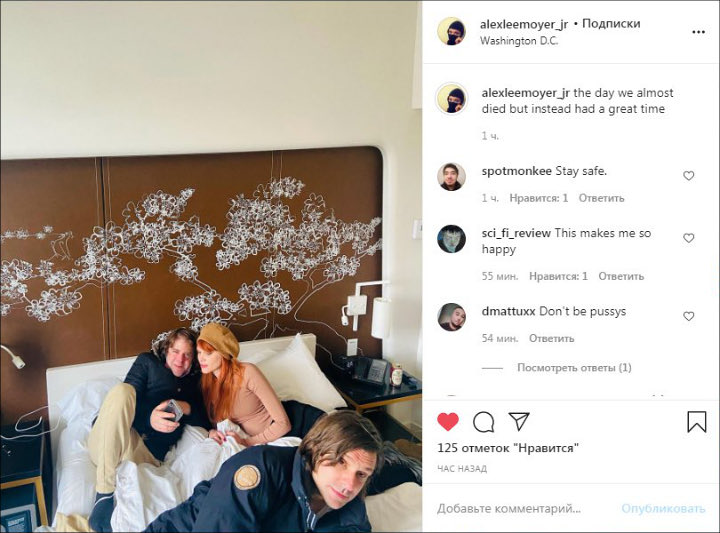 Alex Lee Moyer shared a photo of her, Ariel Pink and John in Washington D.C.

After some Twitter users brought up the picture as "proof" that he was at the pro-Trump rally, Ariel admitted that he was indeed "in dc to peacefully show my support for the president." He, however, denied that he was part of the mob that stormed the Capitol, claiming, "i attended the rally on the white house lawn and went back to hotel and took a nap. case closed." 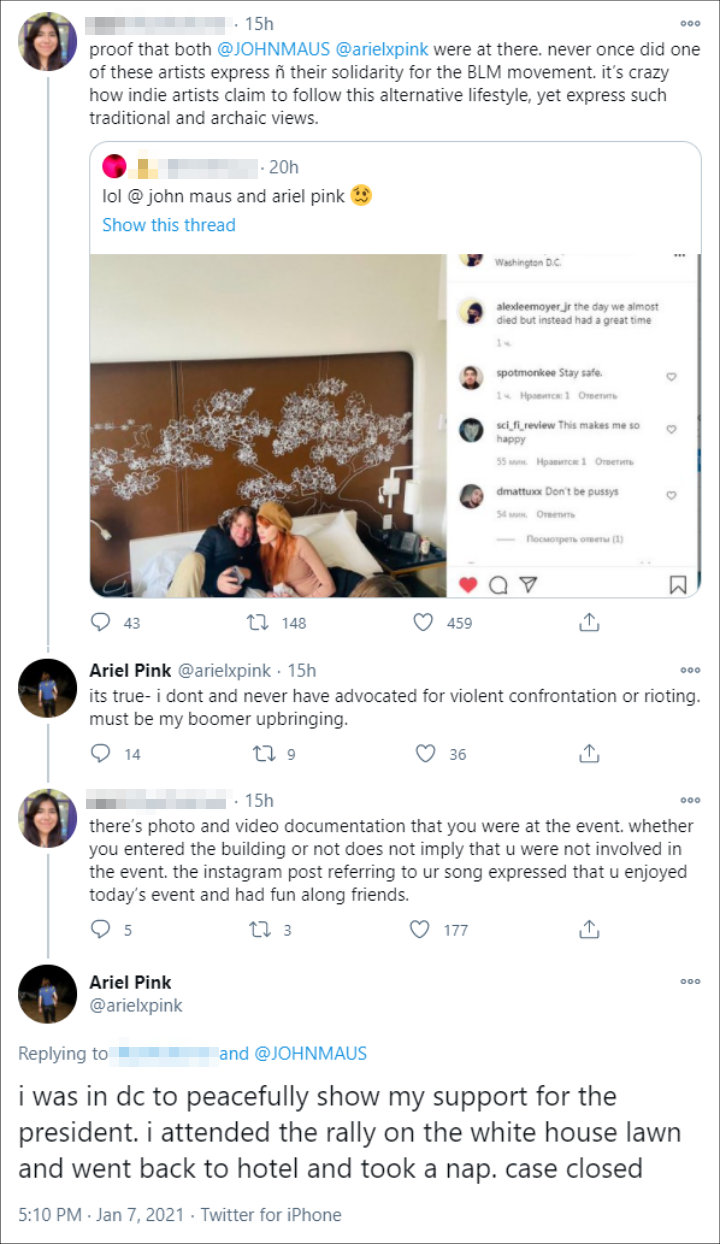 Pressed on whether it was irresponsible to attend the protest during the pandemic, he argued, "All the people at these events deserve whats coming to them. they took the risk knowing full well what might happen. BLM protests over the past 6 months are not informed about the pandemic?"

The singer responded to a critic slamming his decision to join the protest.

When a user confronted him for never showing his support for the BLM movement, he responded, "its true- i dont and never have advocated for violent confrontation or rioting. must be my boomer upbringing."

Alex, meanwhile, explained her presence in Washington D.C. on Wednesday in an email to Pitchfork. She said that she met with the two musicians in the city that day to discuss an unrelated project and, in her role as a documentary journalist, "felt obliged to record what was happening" in Washington.

Ariel has been known for making controversial misogynist, anti-gay and pro-Donald Trump comments. Days before the rally, he tweeted, "vote for trump." 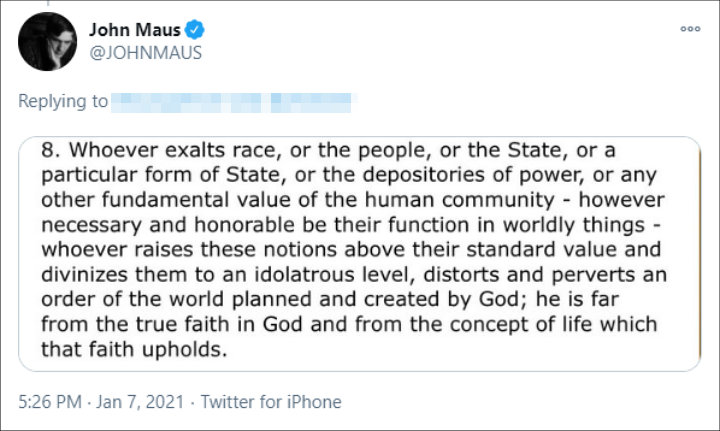 John posted a cryptic tweet after joining the pro-Trump protest.

As for John, he has spoken in the past about his left-wing politics. Following the protest at the Capitol Hill, he shared a religious text seemingly meant to criticize the idolization of Trump, but made no explanation about his presence at the White House rally.

Ariel Pink Accused of Physical and Sexual Abuse by Ex-Girlfriend