Hours after Scott Evans shared online a video of him catching his older brother off guard, the 'Captain America' star lets out his own prank with a message that read, 'Don't start none, won't be none.'

AceShowbiz - Chris Evans found himself getting entangled in fun scare pranks with his younger brother. Hours after Scott Evans scared him good when he obviously entered the house with his beloved dog, the "Captain America: The First Avenger" star decided to document and share his payback.

Chris made use of Instagram Story on Sunday, December 20 to show off his revenge. The clip he posted saw him shouting at Scott when the latter walked into the kitchen. He screamed, "Scott," laughing and telling him, "Yeah, you idiot!" In the accompanying message, he wrote, "Don't start none, won't be none," and "Wow my laugh sounds like sandpaper… I had just woken up." 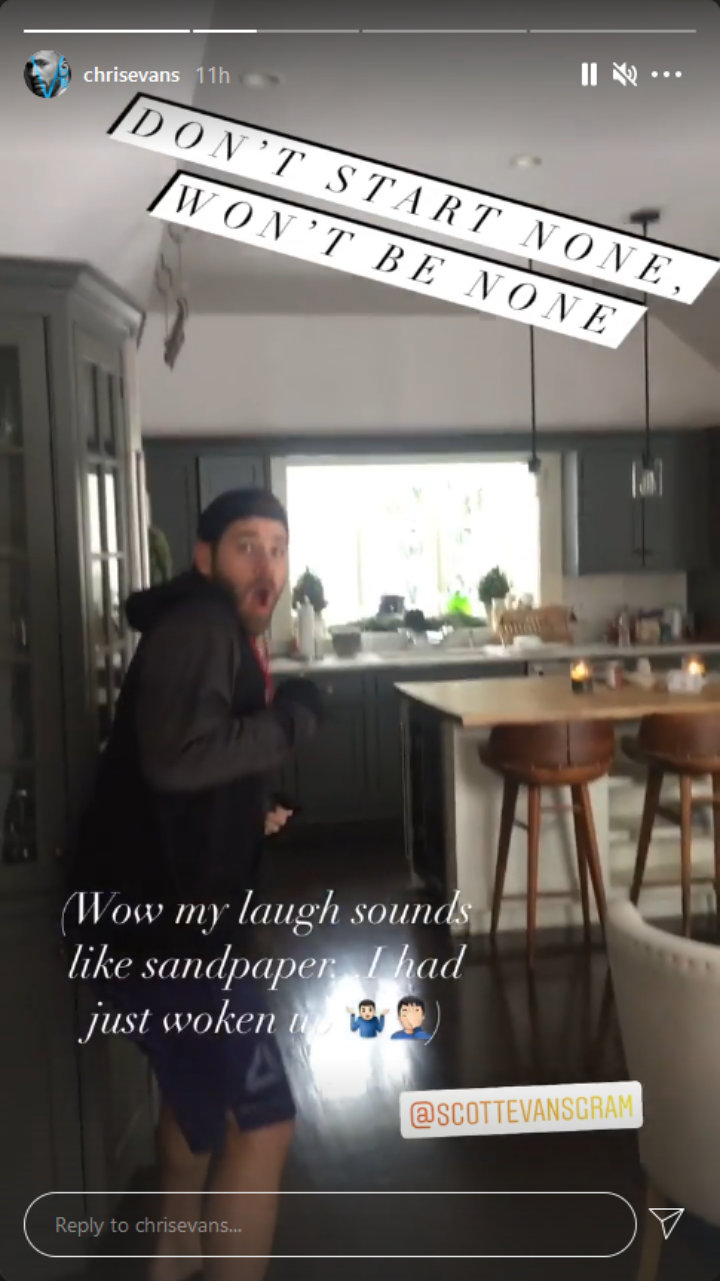 Chris Evans got revenge on his brother Scott Evans.

Chris' retaliation came after Scott shared online a video of him catching his older brother off guard. The Adam depicter in "Almost Love" yelled, "Chris!" from behind the door as his sibling got inside the house with his dog Dodger. "I got him again," hepenned on his Instagram Story. "And captured a little private conversation with Dodger." 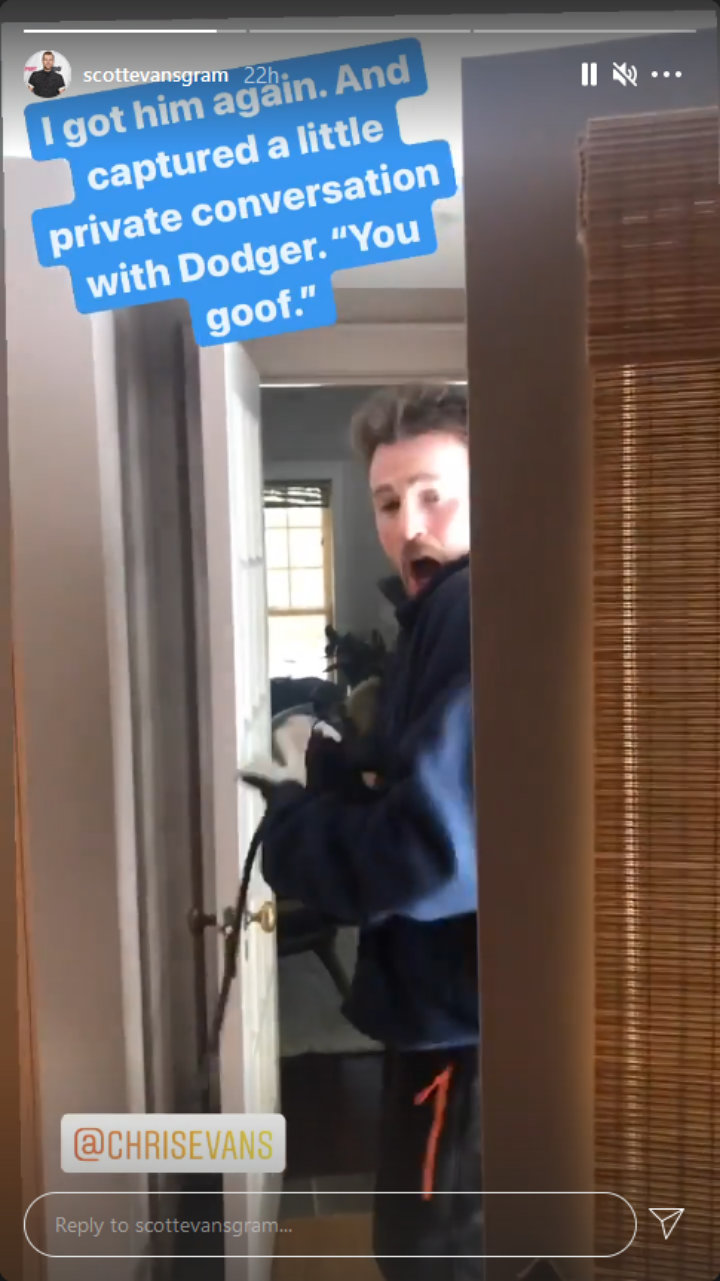 It was not the first time Scott pulled a prank on Chris. In late November, the 37-year-old actor posted an Instagram Story where he sneaked up at his older brother. When the "Avengers: Endgame" star made his way through a hall, he yelled "Chris!" prompting his brother to scream out and laughed. "Finally got a good scare on this guy. And yes, even @chrisevans needs to unbuckle his belt after a big Thanksgiving meal," his caption read.

Brothers' pranks aside, Chris has recently treated his online devotees to photos and videos of his canine. Around two weeks prior, the "Before We Go" actor shared on Instagram a footage of his furry companion staring at him when he just woke up. "When I opened my eyes this morning, he was wide awake just staring at me. If a person did this it would be unsettling. When a dog does it, it's hilarious," he captioned.