Spoiler blogger Reality Steve catches wind of the speculations and decides to comment on the matter in addition to sharing a more shocking revelation about the ending of Tayshia's 'The Bachelorette' season.

AceShowbiz - Tayshia Adams sparked buzz with her new Instagram post. People were wondering if the leading lady of "The Bachelorette" season 16 was spoiling the end of her season in a video post for her podcast "Click Bait" in which she was seen sporting what looked like an engagement ring.

The post featured the 30-year-old reality TV personality sharing her iced coffee recipe on Instagram Stories. Later, she posted a selfie of her sipping on an iced beverage while sporting a diamond ring on her left hand. "New @clickbaitBN being recorded!" she captioned the picture. 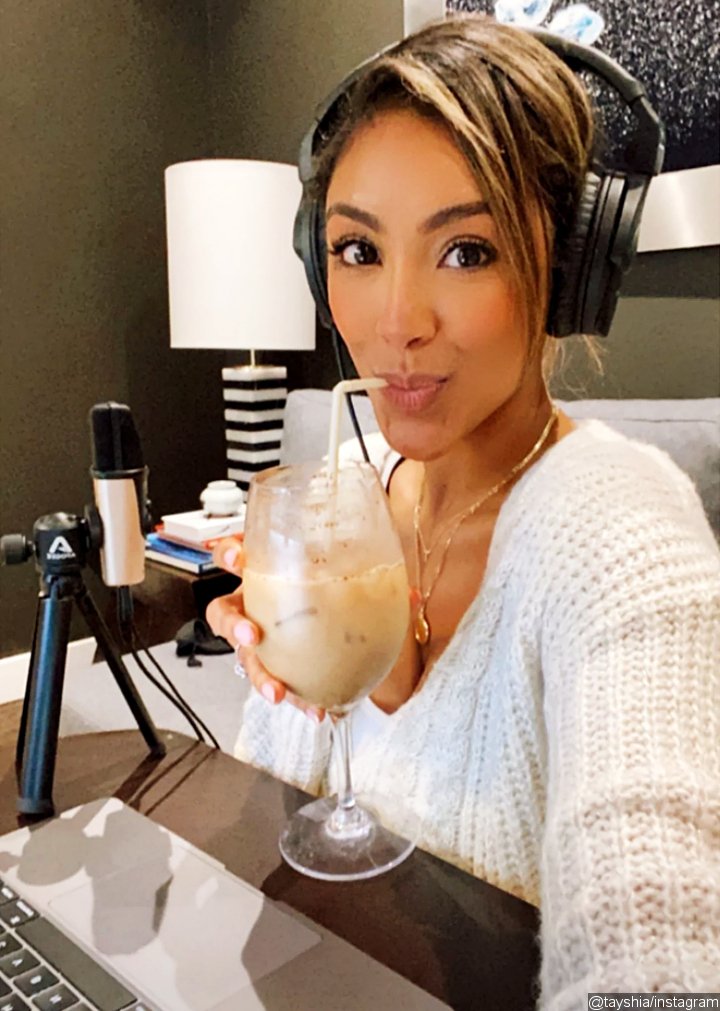 Tayshia Adams shared a picture of her donning a diamond ring.
See also...

Reality Steve caught wind of the speculations and decided to comment on the matter in addition to sharing a more shocking revelation. [SPOILER ALERT] "I don't know if it is or isn't, or if it's a ruse or what," Steve wrote on his blog. "But that's not what I've been told all season. So if that's an engagement ring, that's news to me, because as far as I was told, there was no engagement at the end of this season."

The spoiler blogger went on to say, "I can't imagine she'd be that stupid to take a pic with her ring on if she's engaged, but, we've seen people spoil it in the past, so I guess it can't be that unbelievable."

He noted that couples who got engaged at the end of their season weren't given their Nale Lane diamond ring until the season ends. The blogger added that they could only wear the engagement ring during "happy couple weekends," which are the secret meet-ups that ABC allows between final contestants prior to the finale. However, with the blogger claiming that Tayshia didn't get engaged, that couldn't be an engagement ring.

Tayshia replaced Clare Crawley in season 16 after the latter got engaged to Dale Moss early in the season. "I've always said that I want an older, more mature man that has depth and all of these guys have exactly that. It was, like, perfect," the "Bachelor in Paradise" alum said.

'Bachelorette' Recap: Tayshia Adams Cries After a Man Eliminates Himself Ahead of Fantasy Suites