Responding to fans' speculations about her cosmetic surgery, the 'Real Housewives of Beverly Hills' regular confirms in her Instagram account that she had her nose fixed after breaking it one year ago.

"The Real Housewives of Beverly Hills" regular has responded to fans who asked her if the cosmetic surgery stories were true, revealing she had her nose fixed after breaking it a year ago.

"Since so many of you were speculating what I did or did not do to my face... here is your answer," Kyle captioned the first of a series of images she posted on her Instagram Stories. "I fixed my nose. I broke it last September and the bone poking out bothered me. So I fixed the bone, fixed my breathing problems and refined the tip. I will always tell you guys the truth."

She added more selfies, including a close-up of the swelling following the surgery, adding: "This is 10 days after & still swollen which it will be for a while. Final result is actually at one year." 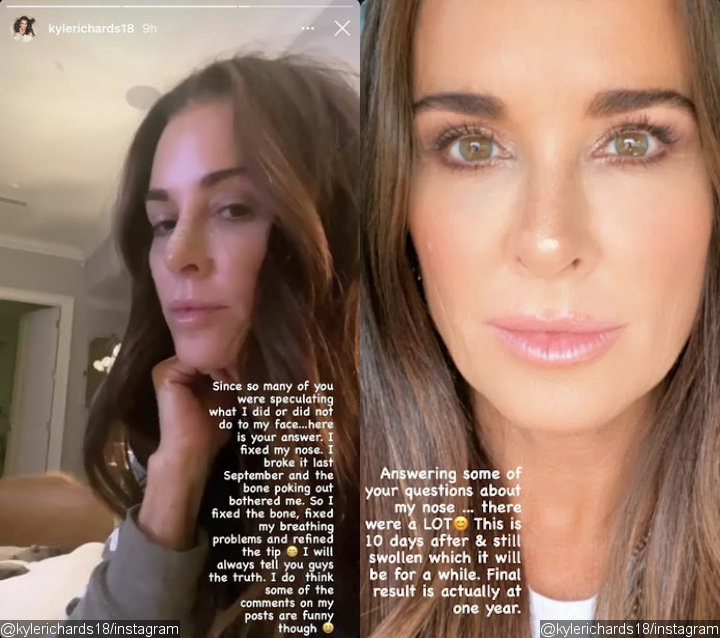 Kyle Richards addressed fans' speculations about her going under the knife for a nose job.
Editors' Pick

Kyle went on to reveal the procedure was "not painful for me at all", and added her husband, Mauricio Umansky, was nervous about her new look before the surgery. 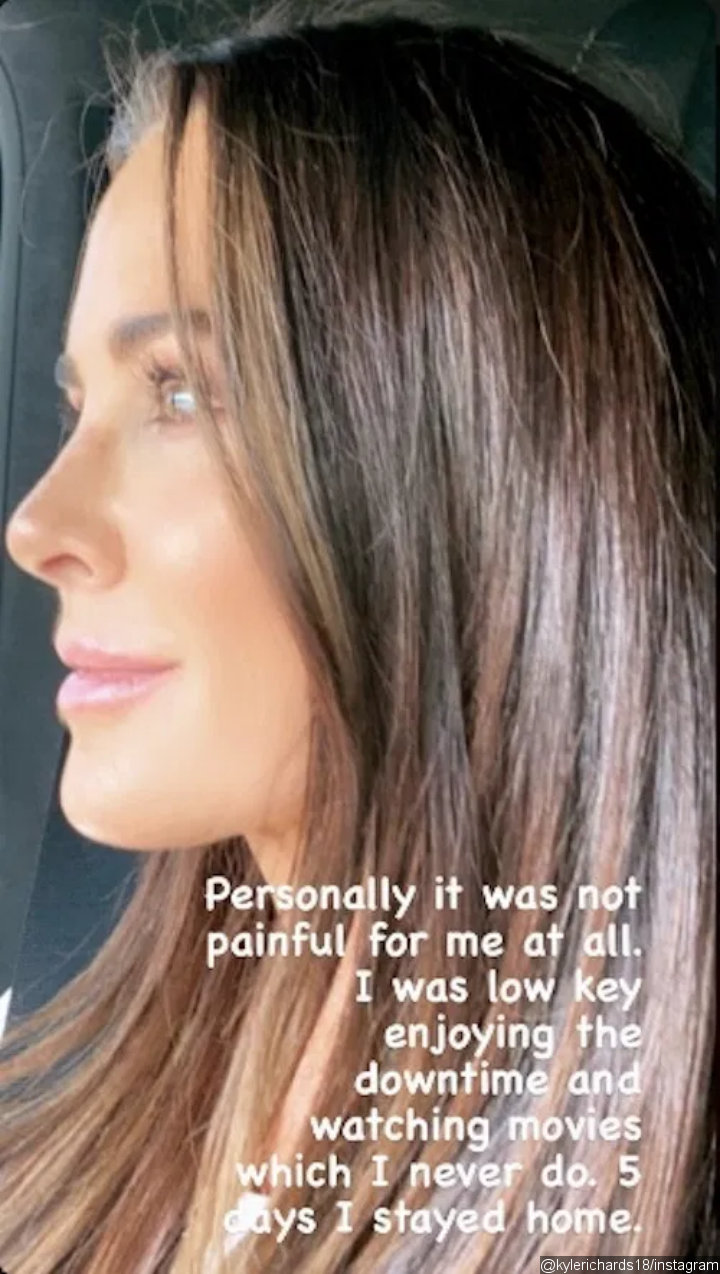 Kyle Richards detailed her journey to recovery after her nose job.

"He is happy with the result," she explained. "I am not quite 3 weeks post op. So it will get better with time. I can breathe so well now it is a serious game changer for sleeping. I'm supposed to tape it when possible for a little while longer. Some days it's more swollen than others." 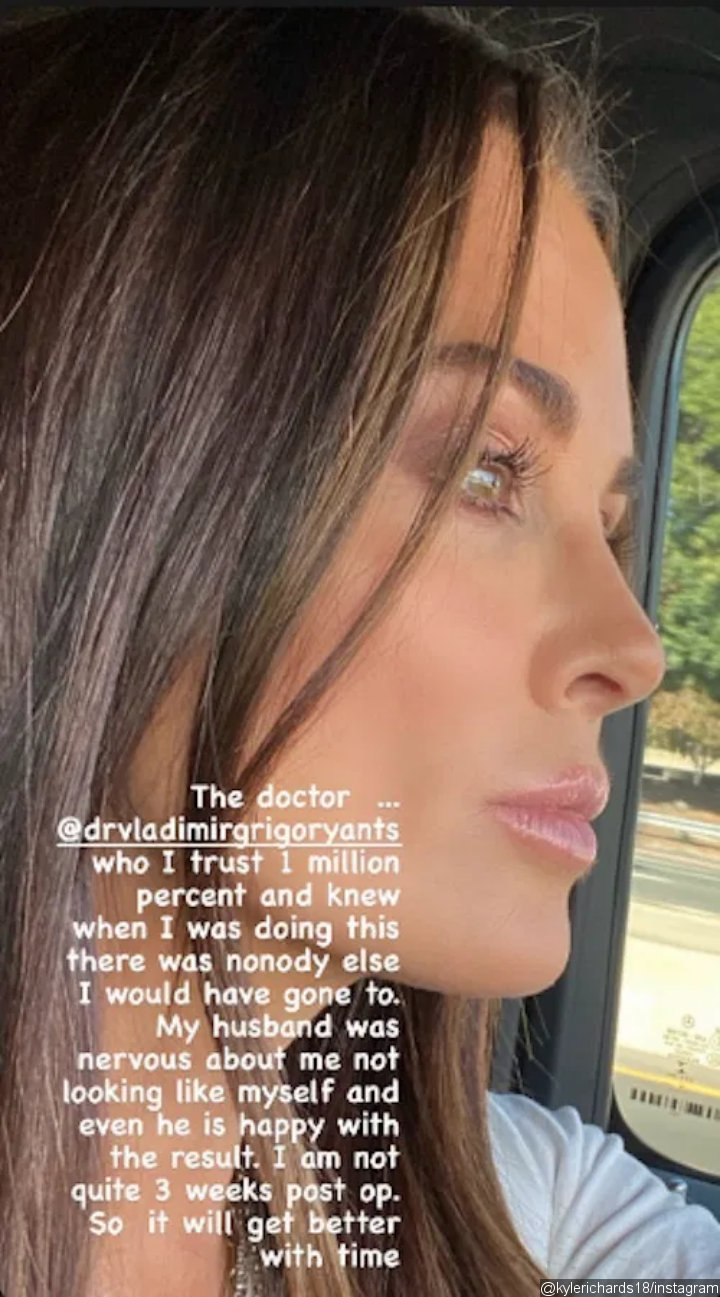 Kyle Richards insisted her husband was happy with the result of her nose job.