Setting aside her family tragedy for a day, the wife of singer John Legend and 'Lip Sync Battle' co-host bakes some treats and plays tricks on family and friends to celebrate the spooky holiday.

AceShowbiz - Chrissy Teigen lifted her spirits following her heartbreaking miscarriage by taking part in a series of pranks and other festivities for Halloween on Friday, October 30.

The supermodel and her husband John Legend lost their third child at the end of September, and both decided to set the tragedy aside for a day to celebrate the spooky holiday.

Chrissy baked some treats and played tricks on family and friends, sharing one image online of her private nurse dressed up as a masked Medieval plague doctor to treat her.

"Made my nurse dress like a medieval plague doctor," Chrissy captioned the photo, before sharing another Instagram image of her mom dressed up as a hippie while sitting at the dining table with the nurse in plague costume by her side. 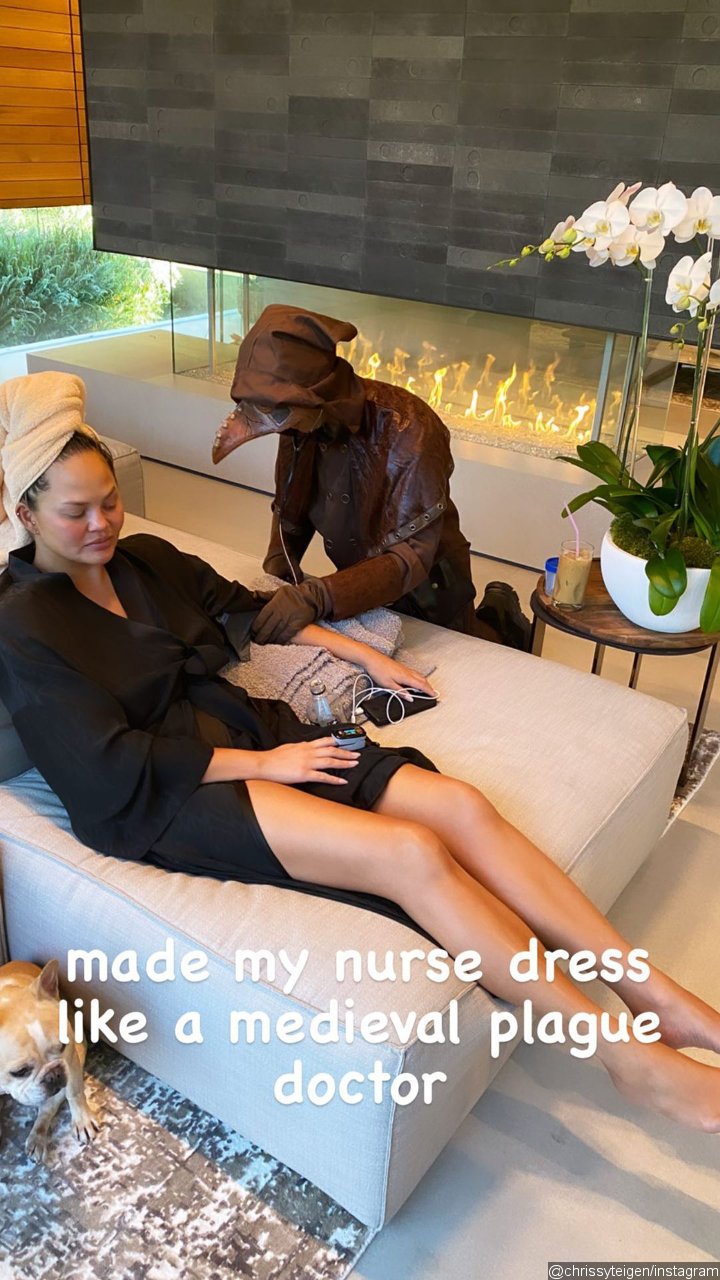 Chrissy Teigen shared a photo of her nurse dressing up for Halloween.

"I cannot handle lmao (laughing my a** off)," she wrote under the second picture. 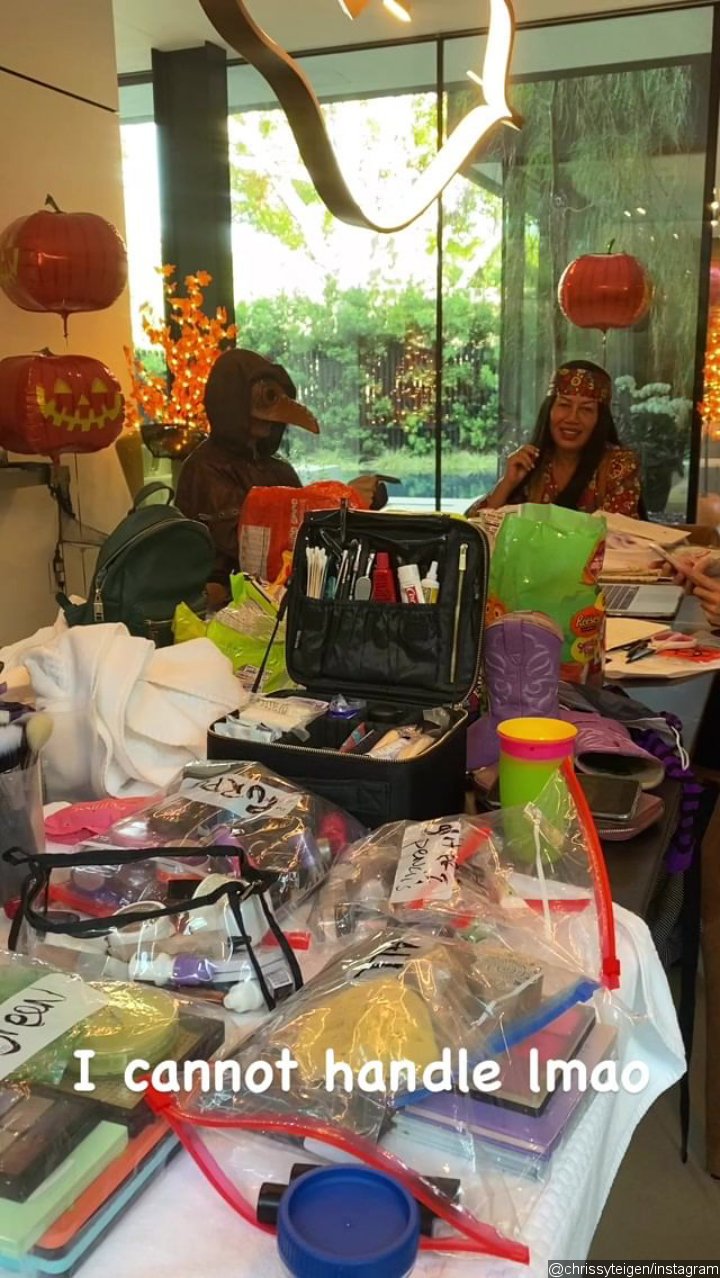 Chrissy Teigen shared her thoughts on her mom and her nurse's Halloween costumes.

The model and TV personality, who has largely been absent from social media following the devastating loss of her son Jack, also posed in a ballerina costume later in the day, bending down to kiss her husband.

Chrissy shared the heartbreaking news of her miscarriage in an Instagram post on Wednesday, September 30. "We are shocked and in the kind of deep pain you only hear about, the kind of pain we've never felt before," Chrissy expressed her feelings. "We were never able to stop the bleeding and give our baby the fluids he needed, despite bags and bags of blood transfusions. It just wasn't enough."

Mel B Appeals to Get More Child Support From Eddie Murphy

Justin Bieber Gets Real About His Suicidal Period: The Pain Was So Consistent

Chrissy Teigen Opens Up About 'Brutal' Months After Pregnancy Loss

Chrissy Teigen Is Still in 'Grief Depression Hole' After Miscarriage