In other news, the 'Lose You to Love Me' singer sparks concern among fans as one of them noticed what looked like an IV or tube in Selena's arm during her recent Instagram Live session.

AceShowbiz - Selena Gomez joined a virtual interview with presidential nominee Joe Biden's running mate Kamala Harris. In a video which was shared on Thursday, October 29, the 28-year-old star could be seen discussing a wide range of topics including mental health and the importance of voting.

Kamala shared she and Joe are planning to fight for people like Selena and Kamala' own sister who live with lupus. "That's one of the things that Joe and I are fighting for, which is to hold on to the Affordable Care Act and expand it, including what you've talked a lot about," the senator said. "Mental health care, the way I think about it is that we have to understand health care. You can't just think that the body starts from the neck down. We also need health care for the neck up."

In response, Selena replied, "I just read too much about how deep this country is being affected mentally. I've had so many dreams about creating places that people could go to. I think there's a part of me that wishes we had some sort of place that felt like maybe you just need to get help."

The "Back to You" singer went on saying, "It should be something people can understand and break down because I truly know that this is something that's important. And important to me." Kamala agreed, adding that she's "looking forward" to working on it with her.

During the conversation, the former Disney darling also highlighted the important of voting. "As a citizen, as someone who truly, truly cares about their country, not voting is just not an option," she shared. She went on saying, "We are the ones that are going to trail blaze. And we are going to be the next wave of people that truly are going to decide our future. And I plan on doing everything that I can to help and to just also encourage people to vote. I don't know if they're sick of me by now."

In other news, the "Lose You to Love Me" singer sparked concern among fans as it seemed like she wasn't in her best condition lately. A fan noticed what looked like an IV or tube in Selena's arm during her joint Instagram Live session with her pal Timothee Chalamet over the weekend. 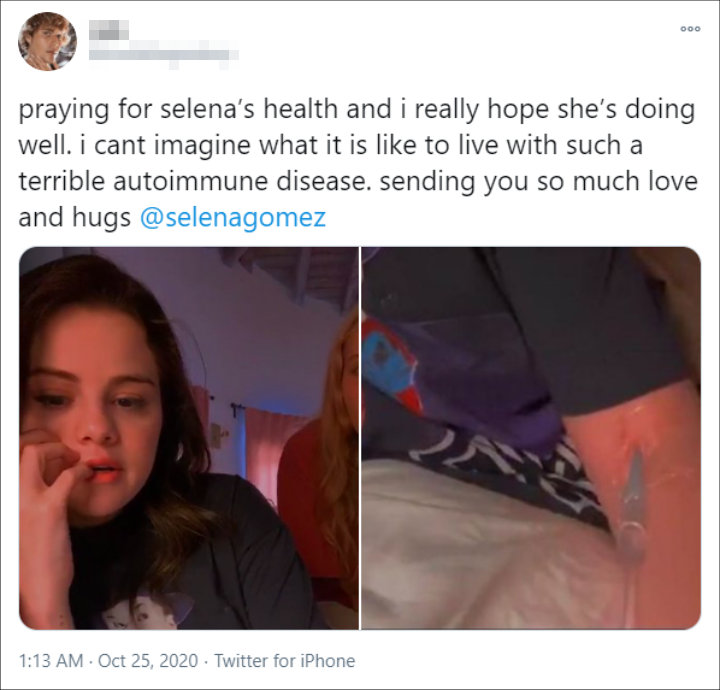 Selena Gomez was spotted with a tube during an Instagram Live.

Fans were unsurprisingly concerned with the singer's health as she previously had Lupus. Sending her a well-wish, one fan wrote on Twitter, "Praying for selena's health and i really hope she's doing well." The fan went on to say, "I cant imagine what it is like to live with such a terrible autoimmune disease. sending you so much love and hugs @selenagomez."

Chelsea Handler on Gov. Andrew Cuomo's Reaction to Her Ghosting Claims: That Ship Has Sailed