AceShowbiz - Meet Iggy Azalea's adorable son Onyx Carter! The "Fancy" hitmaker proudly showed her baby boy's face for the first time ever as she posed with her son on Instagram.

The post came after the new mom officially announced she broke up with baby daddy Playboi Carti. "You lost a real 1!!!" she wrote cryptic messages on her Stories. "People take loyalty for granted & that's why I'd rather be alone!!"

She later confirmed the breakup in another note, "What I meant last night was that I'm raising my son alone & I'm not in a relationship." 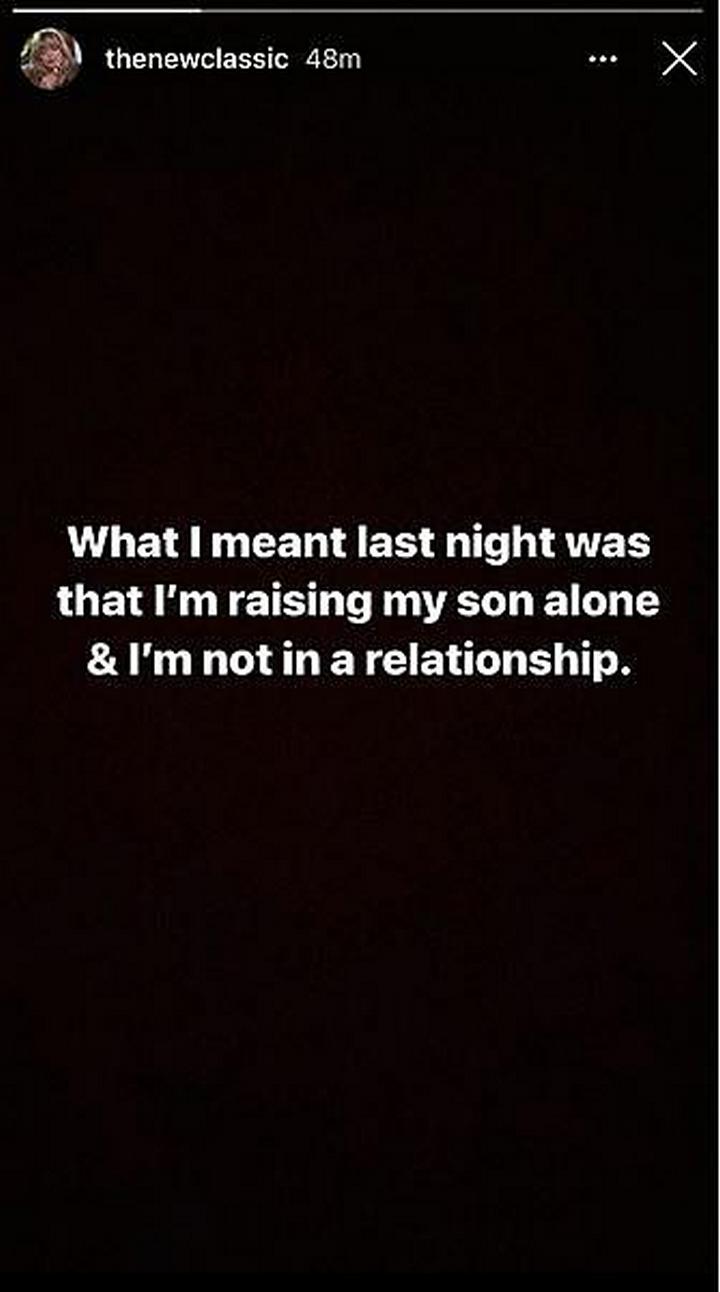 While she didn't go into details about the separation, the Aussie star previously hinted at battling depression as she's struggling to find motivation during the never-ending pandemic. "Not gonna lie, sometimes I feel demotivated as hell," she tweeted. "I'm not saying that stops me from doing anything. I'm just saying I'm a lazy b**ch."

Iggy Azalea started seeing Playboi Carti in 2018. The couple rarely showed public display of affection, but she sparked engagement rumors last year when she was seen rocking a huge ring during an outing.

She also kept a low profile during her pregnancy. She first sparked pregnancy rumors in December, the same month when they moved in together in Atlanta. While she never addressed the pregnancy reports, she announced a timeout a month later. "Time away is needed," she said back then, "When I'm back: you'll know. And I will be back."

In April, she was rumored to give birth. Two months later, she finally broke her silence. "I have a son," the femcee revealed. "I kept waiting for the right time to say something but it feels like the more time passes the more I realize I'm always going to feel anxious to share news that giant with the world."

"I want to keep his life private but wanted to make it clear he is not a secret & I love him beyond words," she went on.

Iggy Azalea Details Obsession With Car: I 'Can't Get Enough' of Them

Iggy Azalea Rips an Article Pitting Her Against Nicki Minaj