The former 'Gossip Girl' star has also poked fun at her husband's first participation in the general election since being naturalized as U.S. citizen in 2018, joking that 'he was understandably scared.'

AceShowbiz - Blake Lively is making the most of her shoe-doodling skills after drawing on a pair of strap-ons for a voting snap with her husband Ryan Reynolds.

Fans and followers on social media were quick to point out the actress was barefoot in the shot Reynolds posted online of the couple with its election ballots, but she appeared to be wearing Christian Louboutin high heels in the same picture she uploaded minutes later.

In another snap Ryan shared on his Instagram Stories, Blake has drawn-on boots, and she reposted the image and wrote, "I don't see the issue." 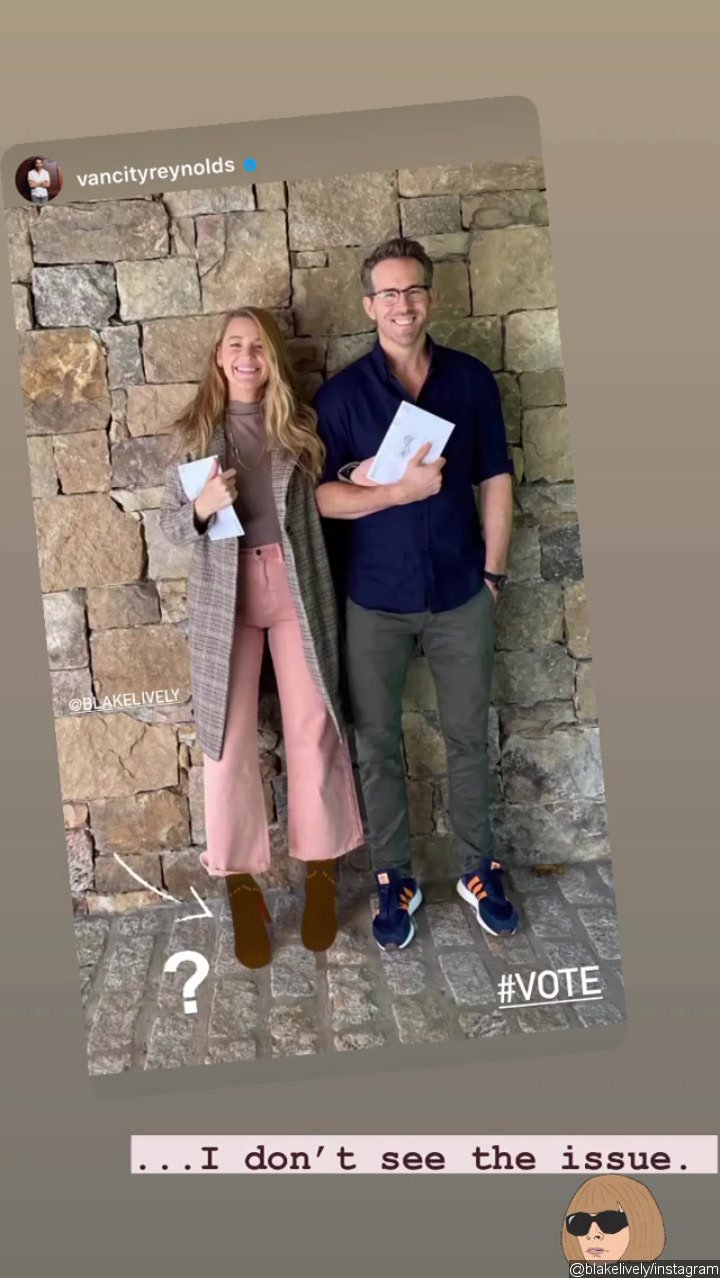 She then posted a close-up of the drawn-on boots and added, "Christian Louboutin, are you hiring? Barefoot iPhone doodler with vast experience avail. Impressive resume upon request." 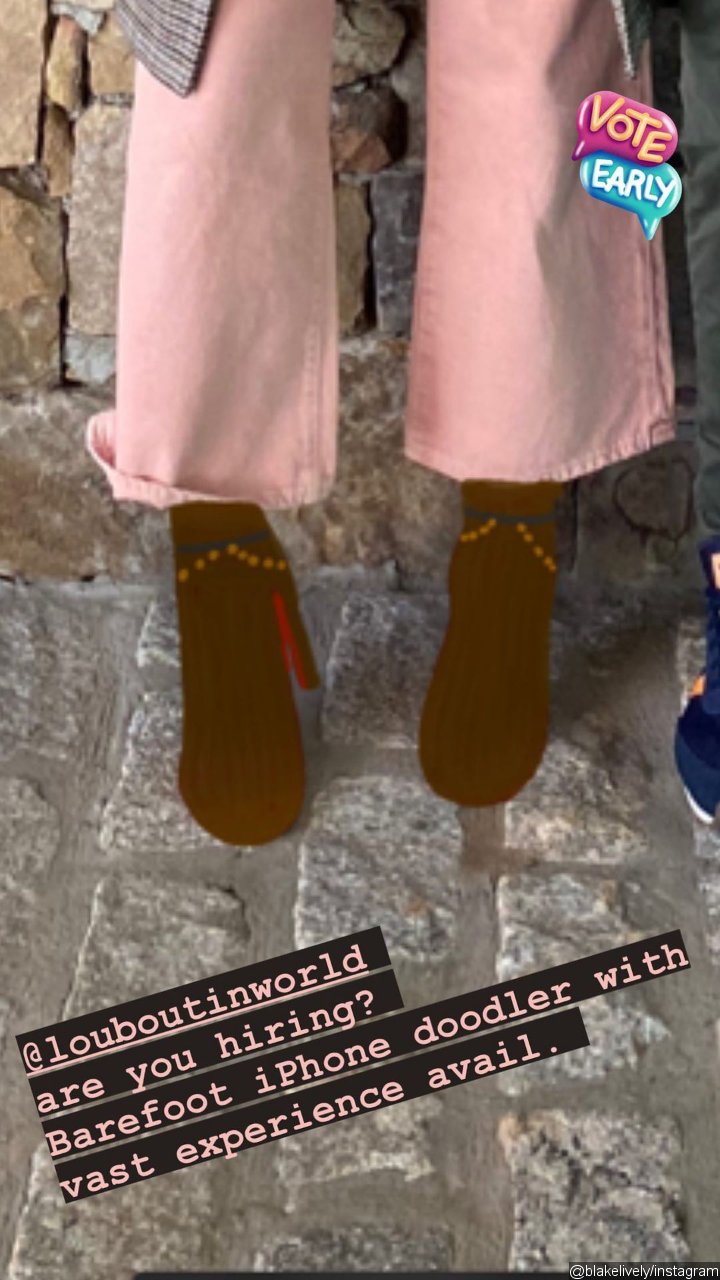 In another post, Blake showed off her full outfit and wrote, "Can you tell I was so happy to get outta a onesie and vote. Sure it was an absentee drop off ballot with a mask covering my look. But dammit I exercised my right to vote. And to not wear shoes that ruined my outfit." 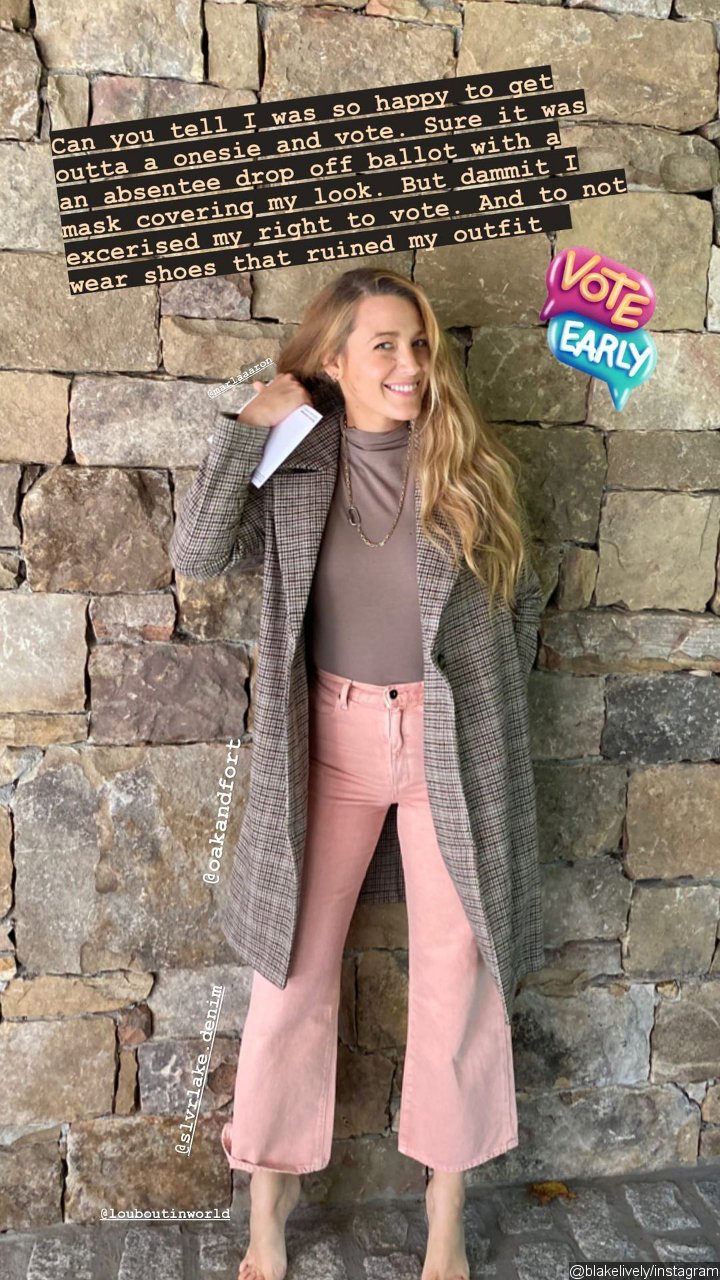 Blake Lively talked about her outfit for the voting day.

Lively also poked fun at her husband, who was voting for the first time.

The Canadian-born actor didn't become a naturalized U.S. citizen until 2018, so this is the first general election he has been part of.

He wrote, "This is my first time voting in America. I'd like to thank my wife Blake for making my first time so gentle and loving. It was super scary at first, then exciting and now I'm a little tired. But proud."

She joked, "It was Ryan's first time. He was understandably scared. It all happened so fast. Like, REALLY fast. He wept. I pretended to weep. Then he called all his friend (sic)."

Deshaun Watson Accuser Gets Death Threats After Revealing Her Identity