The 'Blue Valentine' actress is pictured holding her new bundle of joy, who is wrapped in a gray onesie, as she boards a water taxi with her partner, Thomas Kail, and daughter Matilda Ledger.

AceShowbiz - Michelle Williams has been spotted for the first time with her second child. The 40-year-old actress was pictured on Sunday, October 18 taking her newborn baby to a family outing in Bay Shore, New York.

In some photos that made its way round online, Michelle was seen holding her infant as she boarded a water taxi with her partner, Thomas Kail, and her 14-year-old daughter Matilda Ledger, whom she shares with her late ex Heath Ledger. The "Blue Valentine" actress looked extra chic in a grey top, a pair of black pants and a long camel-colored trench coat, in addition to covering her face with sunglasses and masks. 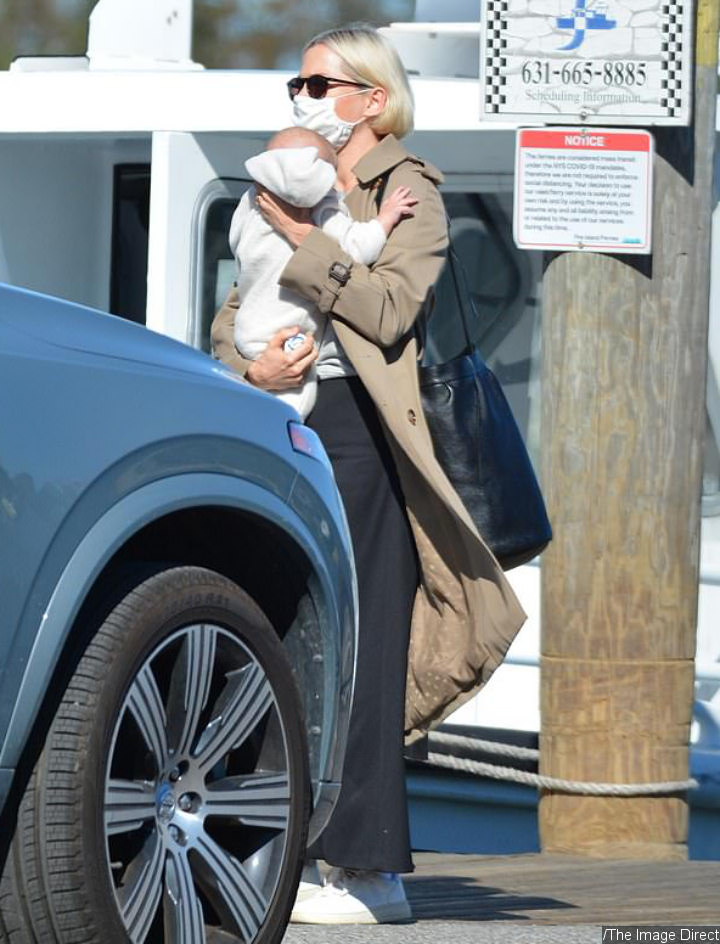 Meanwhile, her partner kept things casual in a green T-shirt and black pants as he helped her carry their stuff to the vehicle. As for their little bundle of joy, Michelle made sure the baby stayed warm in a cozy gray onesie with a hoodie.

News of her baby's birth first broke in June through an episode of Us Weekly's podcast "Hot Hollywood". Details of her baby is still scarce as of now, including the gender, name and time of the birth. The newborn baby is Michelle's first child together with Thomas, whom she met on the set of "Fosse/Verdon".

In March 2020, the two-time Golden Globe winner sparked speculations that she and Kail had secretly tied the knot. The twosome were spotted wearing bands on their wedding ring fingers while out and about in New York City.

Us Weekly claimed that the "Venom" actress is indeed married to the "Hamilton" director. The publication quoted a source as saying, "They're very happy and thrilled to be bringing a baby into the world. They would like to be married by the time that happens."