Fellow celebrities such as Kat Dennings and The Blessed Madonna also come to the 'Bad Guy' songstress' defense after she is judged over her body type by haters.

AceShowbiz - Billie Eilish is not letting negative comments about her figure slide. Finding herself being body-shamed by haters after a photo of her wearing a tank top surfaced on the internet, the "Bad Guy" hitmaker took to social media to shut down those critics by urging them to "normalize normal body." 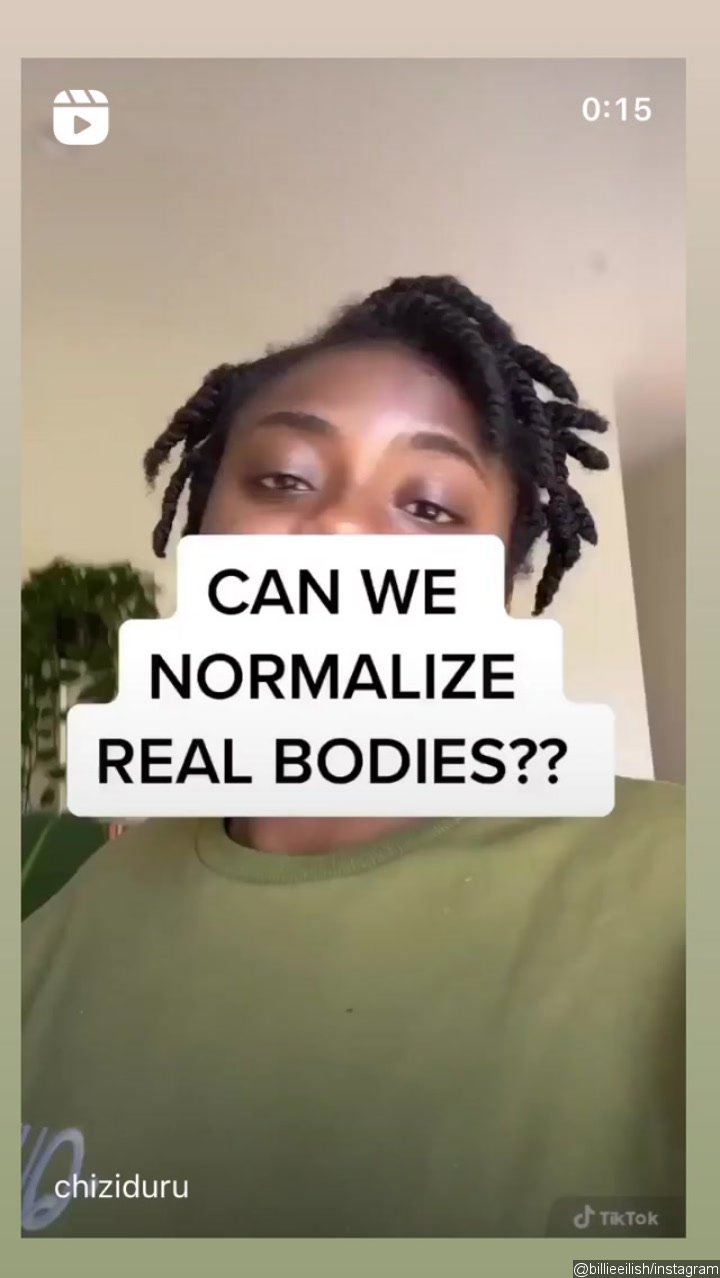 Billie's subtle clapback came after one Twitter user posted a rare picture of her choosing to wear a light brown tank top and shorts instead of her signature baggy clothes while being out and about. "in 10 months Billie Eilish has developed a mid-30's wine mom body," the individual wrote alongside the snap.

The tweet was quickly slammed by a number of celebrities. Coming to Billie's defense was actress Kat Dennings who tweeted, "Anyone reacting to @billieeilish having a normal body has to take a hard look at themselves. As someone who looked exactly like that at her age, it'd be nice for this unhealthy nonsense to f**k right off. She's beautiful and normal goodbye!"

Another star calling out the troll was DJ The Blessed Madonna. The musician sent out her statement by penning, "Thinking about what it would be like to be growing into adulthood and having your body shape be a trending topic. Billie Eilish is 18 years old, y'all. eight-teen." 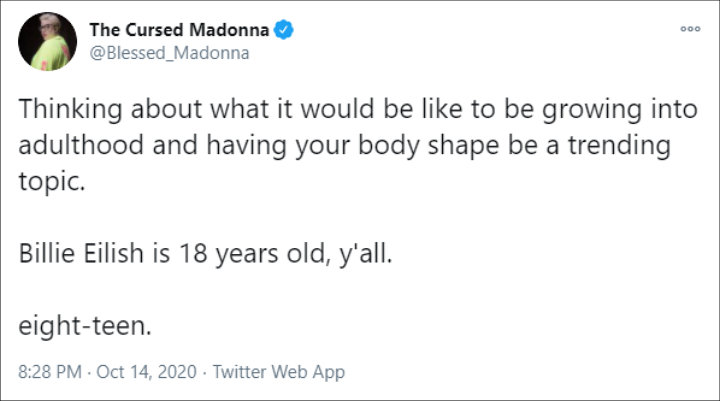 The Blessed Madonna called out a troll shaming Billie Eilish over her body.

This was not the first time Billie had to deal with body shamers. Back in April, the "No Time to Die" songstress shut down haters who judged her for wearing a bathing suit. "I'm just wearing what I wanna wear. If there's a day when I'm like, 'You know what, I feel comfortable with my belly right now, and I wanna show my belly,' I should be allowed to do that," she told Dazed magazine at that time.

"I saw comments like, 'How dare she talk about not wanting to be sexualized and wear this?!' " she continued recalling. "It was trending. There were comments like, 'I don't like her any more because as soon as she turns 18 she's a w***e.' Like, dude. I can't win. I can-not win."