Both Royce Reed and Masin Elije are not feeling it after the text message, which the athlete accidentally leaks on Instagram Live, shows him and Te'a Cooper having an argument.

AceShowbiz - Dwight Howard recently made headlines when he accidentally leaked his text message with his girlfriend, Te'a Cooper, during an Instagram Live stream. It sparked such a chatter among online users and his baby mama, Royce Reed, and alleged ex-boyfriend Masin Elije could not help but make comments about it.

Both Royce and Masin were not feeling it after the text message showed the couple having an argument when Dwight was supposed to be celebrating L.A. Lakers' win at the NBA. Directing the shade towards Te'a, Masin, who claimed that he used to date the basketball player in the past, wrote on Instagram Stories, "You gotta be a real childish b***h to stress a n***a out during the most happiest time of his life? Young dizzy b****es are the worst." 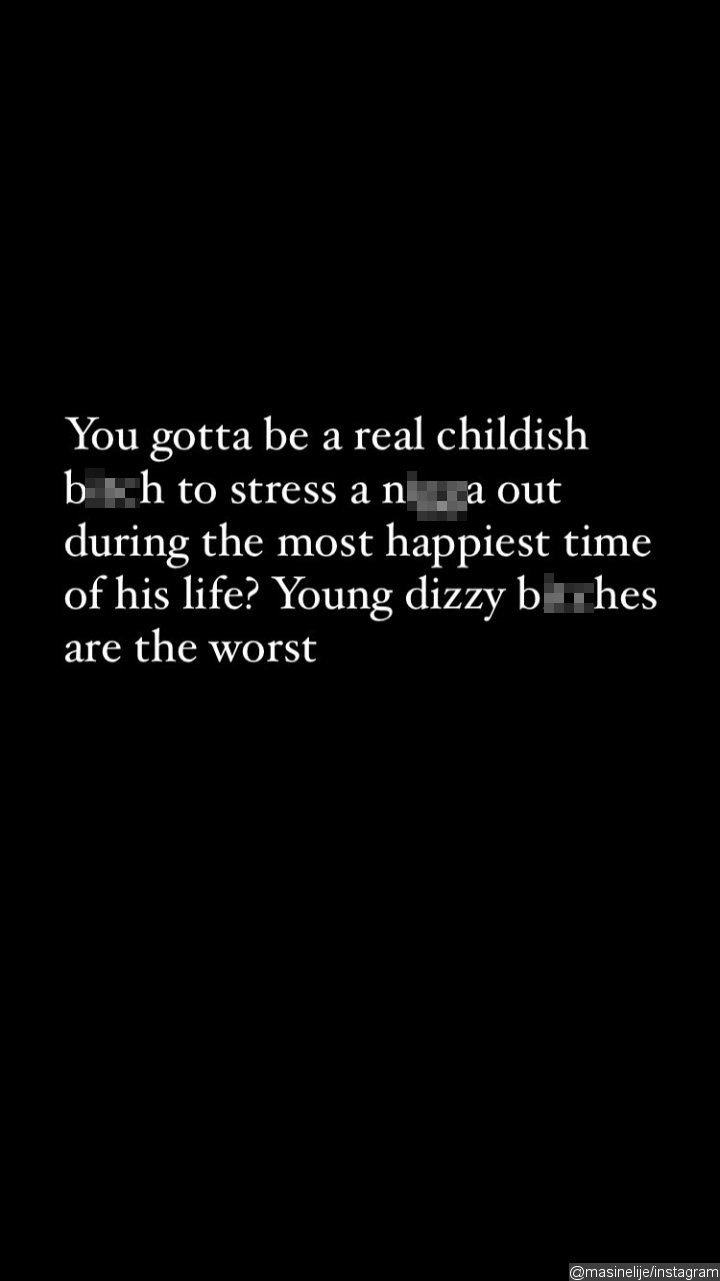 Similarly, Royce said on her own account, "Damn… Imagine it being the happiest moments/ days of your life and someone who's supposed to be your sanity and celebrate with you comes at you with some childish DRAMA for all the world to see...how embarrassing."

But Royce was not done with her shade. This time around, she took a jab at Dwight himself for not being a good father to their son Braylon. "Imagine your child crying wondering why his own father is in his same city but won't call, text, visit or send a note by a pigeon," she said in her lengthy post. "Imagine your child wanting to change his name. Imagine your child feeling like he's not worth it and that he's unloved no matter how much he tries to force it.

She continued, "Then imagine trying to be the bigger person and telling your child to love, pray and be proud regardless and forgive. Making sure he makes a post congratulating him even if he didn't want to."

Neither Dwight nor Te'a has responded to the shade.