The 'Love and Hip Hop: New York' star takes to Instagram Stories to share the good news that she has given birth to her third child together with the 'Into You' rapper.

AceShowbiz - Fabolous and Emily B a.k.a. Emily Bustamante are parents again. The couple has welcomed their third child together, a baby girl, over the weekend. The "Love & Hip Hop: New York" star broke the good news on Instagram Stories on Sunday, October 11.

In one of her posts, the reality TV star showed her pink hospital band while adding pink hearts sticker. She simply wrote "10/10," which likely meant she gave birth to her daughter on Saturday, October 10 as the date was also listed as the day she was admitted to the hospital on the band. 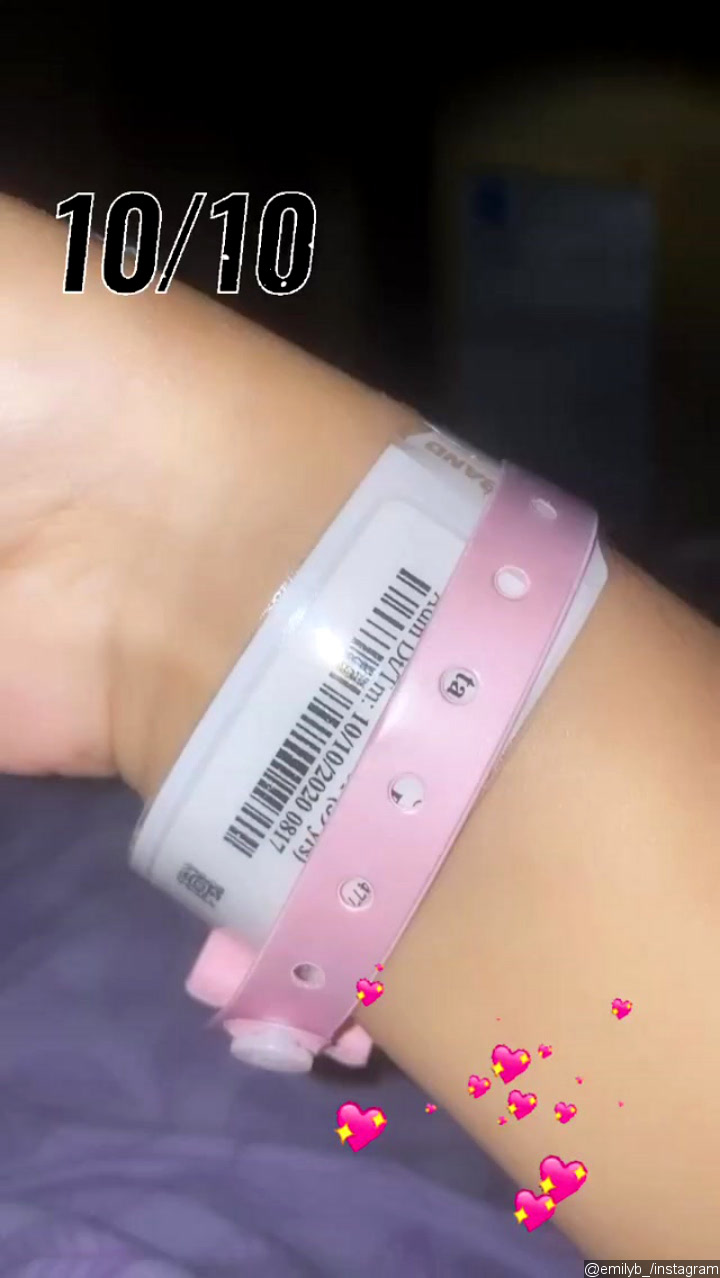 Emily B shared a picture after giving birth to her daughter.

She also shared a video of her eldest daughter, Taina Williams, checking on her little sister's diaper. The 22-year-old wore a black hoodie and a pink face mask as the proud mom, who possibly held the camera, wrote "sister" over the clip.

Emily has not revealed the name of the baby girl, while Fabolous has not mentioned his daughter's birth on his social media pages. The pair announced that they're expecting their third child on Father's Day, June 21.

Along with a picture of a sonogram, the "Can't Let You Go" rapper revealed that he's going to be a father to a baby girl. "Got the best gift ever for Father's Day! #GirlDad," he wrote in the caption.

The news, however, was met with some backlashes over their tumultuous relationship. The critics blasted Fabolous considering his history of domestic abuse on his baby mama, Emily. In October 2018, he was indicted for domestic violence after he was caught on a surveillance camera punching and knocking out Emily's front teeth in March of the same year. "He's a 'girl dad' but hits women...what's not clicking?!?" one person reacted to the pregnancy announcement.

Fabolous and Emily, who have been dating on and off for nearly 20 years, welcomed their first son in 2008 and their second son was born in 2015. Emily, meanwhile, gave birth to her daughter Taina in April 1998, when she was only 17 years old.

B.o.B on Having Morgan Freeman Record His Song 'Bombs Away': It's Insane