It seems wrestler star John Cena has joined the ARMY as he publicly declares his big love for the Bangtan Boys in a late-night television interview with Jimmy Fallon.

AceShowbiz - Wrestling hardman John Cena has become huge fan of K-pop band BTS due to his admiration for the group's positivity and philanthropy.

Cena appeared on "The Tonight Show Starring Jimmy Fallon" on Tuesday (29Sep20), where the group are performing on shows all this week.

Confessing his love for the group's music, Cena said he became interested in BTS after learning of their popularity, but is now a huge fan himself.

"I jam out to them," he told his host Fallon. "When something becomes a thing, it's open for criticism. I love what this band has done, because they're this massively popular thing and they've been so globally popular for so long, I was like, 'OK, I should really know about this."

After praising the band's "sick a** boom bap beats" and rapping skills, he also went on to say that he loves BTS' message to their fans, known as the ARMY, that you should love yourself even in difficult times.

He said the seven-piece boyband are trying to "shatter all the stereotypical difficulties and uncomfortable situations we all go through, and they're catering to an audience that is living that, young people."

Praising their fans for donating to Black Lives Matter and other charities, he added, "They were like, if they can do it, we can do it. Fans, who were already coming out of the pocket to support artists, came out of pocket more to support charity, and this isn't the first time they've done this."

He went on to praise the group for "f**king changing the world," and continued, "How they conduct themselves as human beings and the message they send to the world, that's something special."

John Cena on Having Kids With Wife Shay Shariatzadeh: It Could Be 'Beautiful' 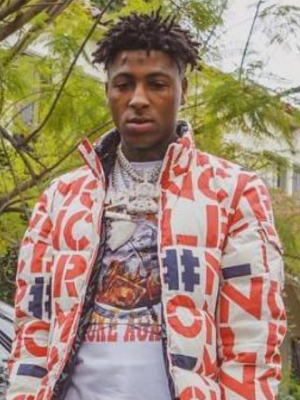