The 'Cool for the Summer' hitmaker proudly wears a T-shirt with the message, 'dogs over people,' as she calls off her engagement with Max after only two months.

AceShowbiz - Demi Lovato appeared to confirm reports she's split from fiance Max Ehrich with a subtle message on her shirt in a new mirror selfie.

Just two months after the former "The Young and the Restless" star popped the question, reports emerged that the singer and the actor have decided to call off their marriage plans and focus on their careers after realising they weren't supposed to be together.

The 28-year-old "Confident" star posted a selfie video on her Instagram Stories on Thursday (24Sep20), minutes before the news broke that she ended her engagement to Max and followers were quick to spot the subtle message on her shirt.

In the video, Demi is wearing a T-shirt that says "dogs over people" and she zooms in on the words. The next photo she shared on her Stories showed that she was preparing for what appeared to be a photoshoot. 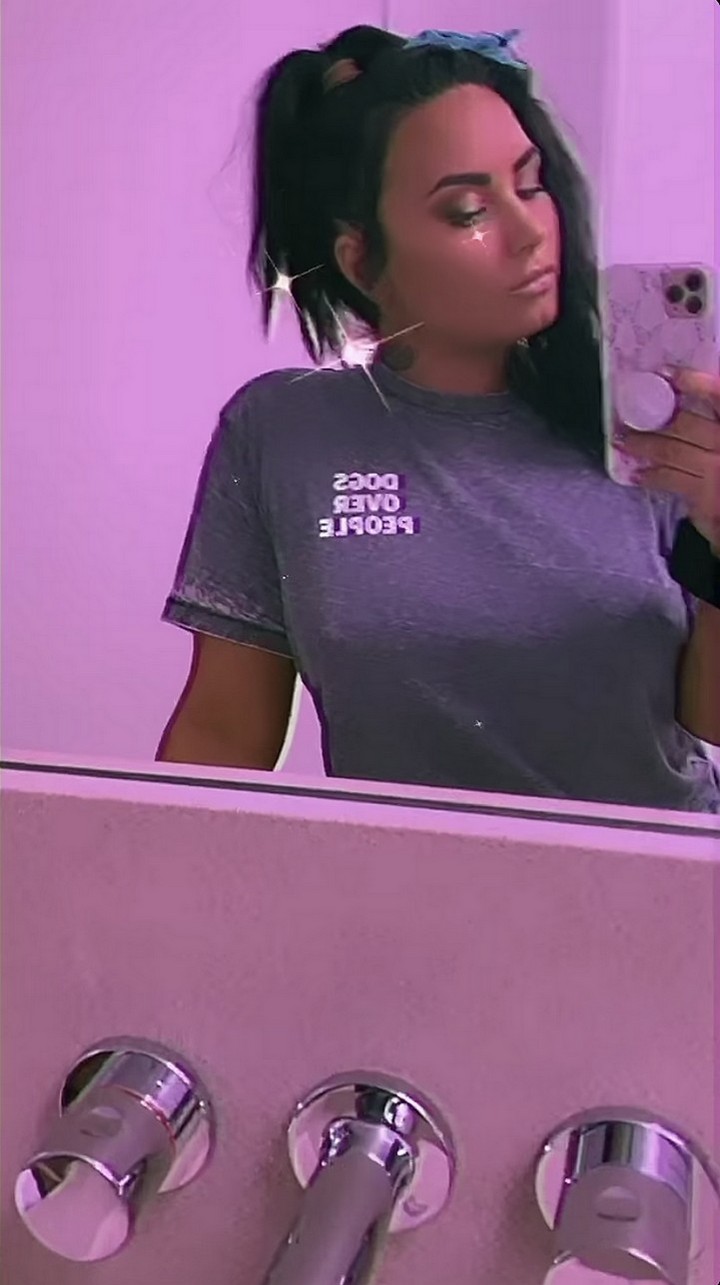 Ehrich proposed to Lovato in July, just four months after they started dating, and Demi took to social media to gush about her then-husband-to-be, claiming he made her want to be "the best version" of herself, adding, "I knew that I loved you the moment I met you."

The split reports came as a shock to the star's followers, after she recently confessed she would "love to elope" with Max.

The relationship between Demi and Max was rocked as his old posts and video resurfaced. He dissed Demi while gushing about fellow Disney alum Selena Gomez in his Twitter posts. Just like in his video, he also repeatedly said he wanted to marry Selena.

Max was quick to deactivate his social media while Demi insisted the Twitter posts were fake. However, fans were confused. One commented, "Oh yeah, the twiter post could be fake but what about the video?! He just using her.get away from him demi"