The Twisted Sister frontman blasts the protesters who are blaring 'We're Not Gonna Take It', saying that he would never allow anyone to use his song for such a 'moronic cause.'

AceShowbiz - Dee Snider has been left fuming over the misuse of Twisted Sister's "We're Not Gonna Take It" by some anti-maskers. Shortly after a video of protesters blaring the iconic song when marching into a Target store in Florida went viral, the heavy metal band's frontman voiced out his frustration by calling the people involved "selfish a**holes."

Making use of his Twitter account on Wednesday, September 16, the 65-year-old retweeted the video at issue. Along with it, he disassociated his band from the group of protesters as he strongly chided them, "No...these selfish a**holes do not have my permission or blessing to use my song for their moronic cause. #cuttheshit." 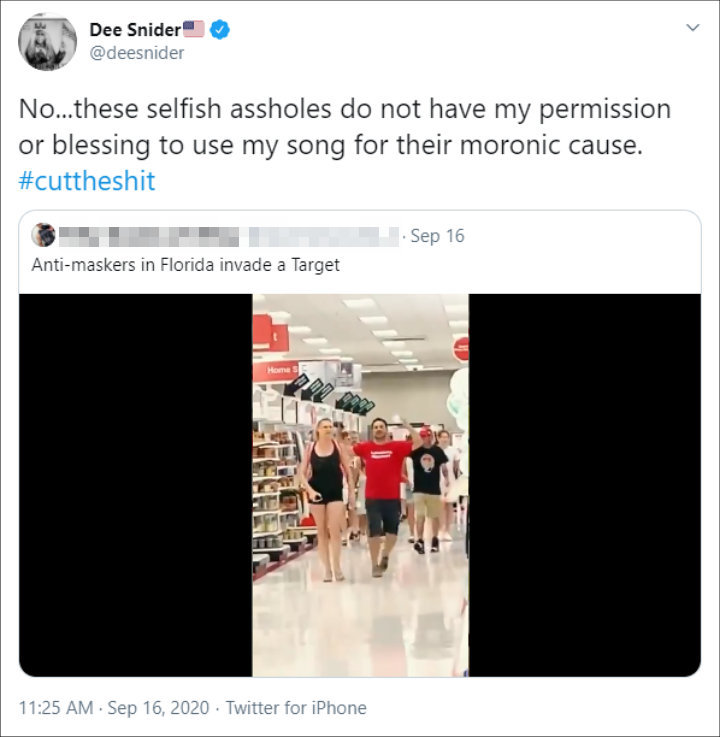 Snider was quick to gain support for his reproach. One Twitter user applauded him, "Thank you, sir, Mister Sister, for addressing this and for that response, which is awesome. You rock!" Several others urged him to take legal action with one writing, "Lawyer up, Dee. Fight for your right to Party. And protect your intellectual property!!!!", and another stated, "Sue the s**t out of them!" 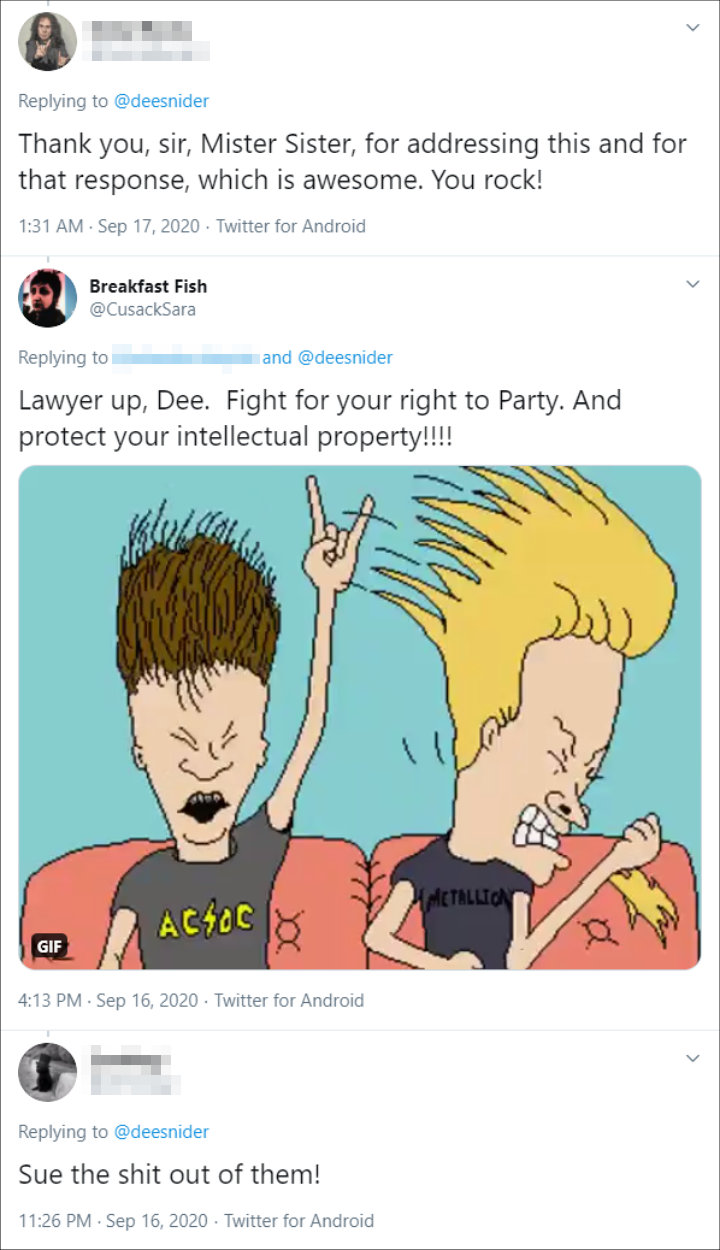 Dee Snider's gained support from fans for his reproach.

The under one minute clip itself displayed a number of adolescents urging other Target shoppers to ditch the COVID-19 prevention protocols. Among them, one could be seen playing "We're Not Gonna Take It" on his phone, while another sported a "Make America Great Again" hat. As they walked down the aisle, they shouted, "Take it off! Take off your masks!" as well as "We're not gonna take it anymore."

After the video went viral, Target confirmed the incident did take place. A spokesperson for the retail giant told FOX Business, "We're aware of the group of guests who came into the store last night and we asked them to leave after they removed their masks and became disruptive and rude to other shoppers."

Florida health officials have noted that more than its 663,000 residents tested positive for coronavirus per September 16. Up to 13,000 people have died from the novel virus.