Fans falsely believe that the 'Spring Breakers' actress is reunited with her 'High School Musical' co-star after the latter is spotted holding hands with his new girlfriend.

AceShowbiz - Vanessa Hudgens and Zac Efron's romance has long been over and they have since moved on with different persons, but fans are somehow disappointed over the actor's latest dating rumors. On Tuesday, September 8, the "Bad Boys for Life" star was surprisingly trending on Twitter after her ex-boyfriend was spotted holding hands with Vanessa Valladares, confirming speculation about their relationship.

Those social media users were starting tweeting about the 31-year-old actress/singer after they saw a tabloid headline which read, "Zac Efron & Vanessa Valladares make it official after being spotted holding hands in Australia." They apparently falsely believed that the news was reporting about Efron and Hudgens' reunion, before they took a second look at it.

"I THOUGHT THIS SAID VANESSA HUDGENS," one of them admitted. A disappointed fan shared, "I deada** thought it says vanessa hudgens." A third person similarly confessed, "The way my brain read Vanessa Hudgens and ran with it."

"Oh wow I thought I was the only one it wasn't until I looked at the picture and was like this does not look like Vanessa Hudgens," another shared, while a fifth one added, "Tell me why I read Vanessa hudgens and zoomed in on the picture confused af."

An embarrassed person tweeted, "not at me being excited because my dumba** read as vanessa hudgens until i saw the picture and realized who tf is that." Someone else said he/she took hours before realizing that he/she read it wrong, claiming, "I'm not even joking I read this tweet hours ago and thought it WAS Vanessa hudgens and I'm just now finding out it's not."

Efron and Valladares were spotted holding hands for the first time on Friday, September 4 as they stepped out to grab lunch in Byron Bay. The two walked hand in hand while picking up a healthy-looking takeaway meal at trendy restaurant hub The Farm. 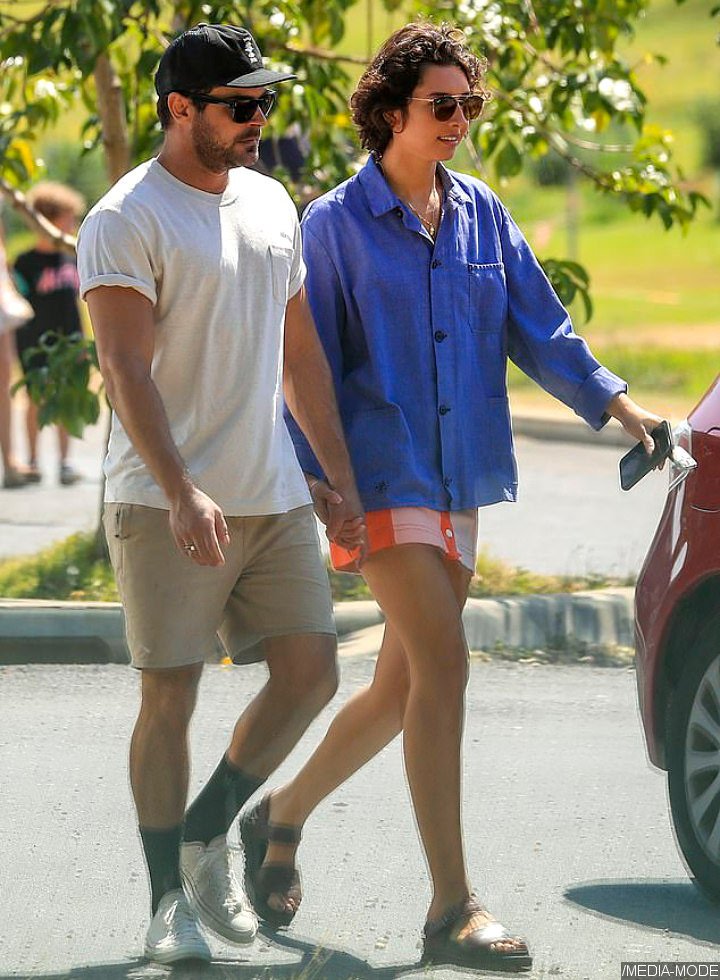 The sighting confirmed the two's relationship status after they first sparked dating rumors when they were spotted at a cafe in Byron Bay in July. Earlier this month, the new lovebirds were seen departing a Jetstar plane at Ballina airport after returning from a ski trip in Thredbo.

A source tells E! News that their relationship is "relatively new." The so-called insider spills, "He started seeing her in July and they have been together ever since. She spends the night at his rental house all the time. They have fun together and hang out a lot. He loves the area and the lifestyle and she has shown him a lot of great places. He's in a good place and happy down under."

Gabrielle Union, Dwyane Wade and Daughter Zaya to Get a Reality Show

Vanessa Hudgens Gets Mistaken for Kylie Jenner Due to New Selfie