Henry Cavill's Fans Campaign for His Return as Superman

#HenryCavillSuperman is trending on social media as people demand a 'Man of Steel' sequel with the British actor returning to reprise his role as Lois Clark.

AceShowbiz - While Henry Cavill has declared that he hasn't hung his Superman cape just yet, a new Man of Steel movie has not been greenlit following the lukewarm response to "Batman v Superman: Dawn of Justice". But the actor's loyal fans have not given up their hope to see the 37-year-old hunk back as the Krypton-born superhero and have launched a social media campaign demanding a "Man of Steel" sequel.

It's unclear who started it, but people have been tweeting using the hashtag "#HenryCavillSuperman", making it trending on social media on Monday, September 7. "What the world needs now is hope #HenryCavillSuperman," one person wrote.

Believing that Cavill is the perfect actor for the role, another claimed, "There's no reason not to make a sequel to Man of Steel. The perfect cast has already been established. Get a screenwriter and filmmaker passionate about building on what we already have and let's fly!#HenryCavillSuperman."

Someone argued why Cavill deserves another chance to play Kal-El, "I honestly think Henry Cavill is the perfect Superman actor. His physique, looks, enthusiasm, subtlety and knowledge and love for the character are all things that make him born for that role. He's been great so far, I'd love to see what more he can bring. #HenryCavillSuperman."

Another agreed, writing, "People are annoyed that Henry Cavill doesn't have another Superman solo film in the works. While I wasn't a big fan of Man of Steel, I think most people would agree that Cavill is great as Supes. He just needs to get a screenplay this time around! #HenryCavillSuperman."

Warner Bros. has not responded to fans' demand for a new Man of Steel movie starring Cavill. While Batman is getting a reboot with Robert Pattinson taking over the role from Ben Affleck, "The Witcher" star said back in 2019 that he has not parted ways with his superhero character. "The cape is still in the closet," the "Justice League" actor said. "It's still mine. I'm not going to sit quietly in the dark as all the stuff is going on. I've not given up the role."

"There's a lot I have to give for Superman yet. A lot of storytelling to do," he insisted. "A lot of real, true depths to the honesty of the character I want to get into. I want to reflect the comic books. That's important to me. There's a lot of justice to be done for Superman. The status is: You'll see."

In May of this year, there were reports that Cavill would return as Superman, though not in a "standalone film." He was reportedly in talks to make a cameo in one of DC's upcoming films, with Deadline noting that "Shazam! Fury of the Gods", "Black Adam", "Aquaman 2", "Wonder Woman 1984" and a new "Suicide Squad" movie among Warner Bros.' upcoming releases. 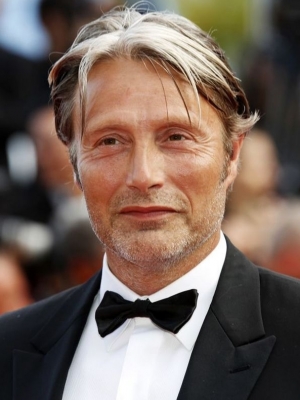