The animated icon has responded to Jenna Ellis comparing Joe Biden's presidential running mate's voice to hers in a short video shared on the popular show's social media accounts.

AceShowbiz - Marge Simpson of "The Simpsons" recently trended on social media after Jenna Ellis, a senior authorized advisor to President Donald Trump, insulted Senator Kamala Harris by comparing her voice to the animated icon's. Now, Marge has responded to the statement with a short speech.

In a video shared on the popular animated show's social media accounts on Friday, August 14, Marge said, "I usually don't get into politics, but the president's senior advisor, Jenna Ellis, just said Kamala Harris sounds like me." She continued, "Lisa says she doesn't mean it as a compliment."

"If that's so, as an ordinary, suburban housewife, I'm starting to feel a little disrespected. I teach my children not to name-call, Jenna. I was gonna say I'm pissed off, but I'm afraid they'd bleep it," she added.

Fans quickly reacted to the clip as one commented, "To be fair kamala does not sound like you at all Marge you are unique and don't let anyone else tell you otherwise." Praising Marge, another user simply said, "Mic drop."

Apparently, Jenna also caught wind of the response as she replied, "Marge is probably going to vote Democrat... by mail." Reporter Andrew Feinberg then tried to school Jenna that the Simpsons "vote in person" as he attached a link to a video of a "The Simpsons" episode featuring Homer voting in 2012.

Clapping back, Jenna replied, "Um... None of them are actual people or eligible to vote, but in the Dems' vote-by-mail scheme, could receive ballots anyway, like the dogs and cat! Apparently my joke was too sophisticated for you. Unless you're actually advocating for cartoons to stuff ballot boxes?" 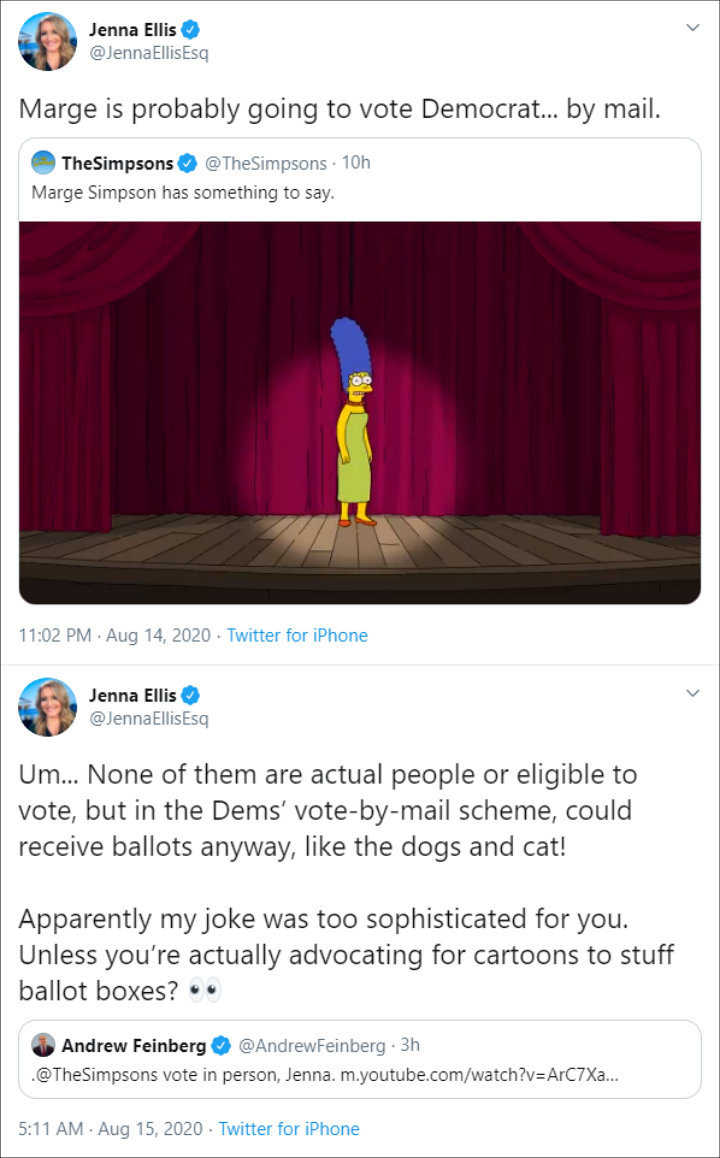 Jenna previously mocked Kamala, who was announced on Tuesday as Joe Biden's running mate, in a tweet. "Kamala sounds like Marge Simpson," so she wrote.

Rihanna Believed to Be Working Up Plans to Release Caribbean Cookbook 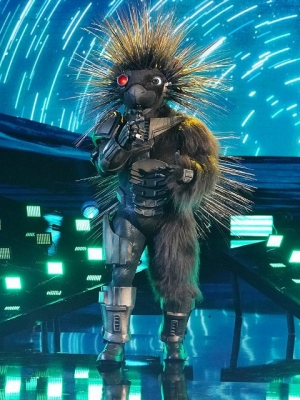