Words are the 'Honey Boy' star is now the studio's top contender to play the mutant superhero in a possible X-Men reboot, which will mark his return to a big budget project.

AceShowbiz - Shia LaBeouf could be the new Iceman in MCU. The 34-year-old actor, who has been shying away from big studio's projects for years now, is reportedly considered by Marvel to be the next Iceman in its potential X-Men reboot.

According to We Got This Covered which first reported the news, the juicy info came from reliable sources who previously revealed a She-Hulk show is coming to Disney Plus and a live-action Robin Hood remake is in the works at Disney. LaBeouf was previously rumored to play Moon Knight and while he's still in the running for the role, he's no longer considered a top choice.

Iceman, created by Stan Lee and Jack Kirby, is a mutant born with superhuman abilities. He has the ability to manipulate ice and cold by freezing water vapor around him. The character first appeared in "The X-Men" #1 which was published in September 1963.

In big screen, the character was first portrayed by Shawn Ashmore in "X-Men", "X2", "X-Men: The Last Stand" and "X-Men: Days of Future Past". He's depicted as having a romantic relationship with Rogue (Anna Paquin) in the earlier films, but later their relationship is strained by their inability to have physical contact and by his close friendship with Kitty Pryde (Ellen Page) in "The Last Stand".

Should the news be true and LaBeouf land the role, it will mark his return to a big budget movie. The actor, who debuted as a child star in 1996 and starred as Louis Stevens on the Disney Channel series "Even Stevens", went on to become an A-list star following his appearance in the first three "Transformers" film, "Indiana Jones and the Kingdom of the Crystal Skull" and "Wall Street 2: Money Never Sleeps" among others.

In the 2010s, he starred in critically-acclaimed movies like "Lawless (2012)", "The Company You Keep", "Nymphomaniac" and "Fury". After a two-year break, he returned with "Honey Boy" which earned rave reviews from critics.

However, his personal life was far from flattering, with him being arrested in 2014 for disorderly conduct and criminal trespass charges and once again in 2017 for public drunkenness, disorderly conduct and obstruction, which were all attributed to his alcoholism. He was later diagnosed with PTSD during a stint in drug rehabilitation following the arrest. 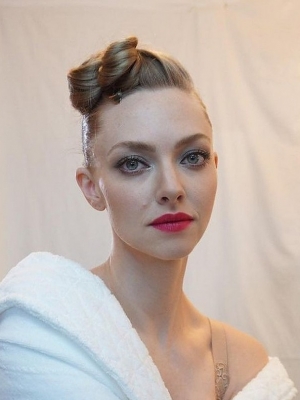