The 'Follow Your Arrow' singer shares a sweet birthday tribute to her estranged husband weeks after they went public with their separation after more than two years of marriage.

AceShowbiz - Country star Kacey Musgraves has declared she is firmly in fellow musician Ruston Kelly's "corner", despite filing for divorce to end their 2017 marriage.

The couple announced its separation in a joint statement in early July, when the artists vowed to "remain true friends for the rest of our lives," and as Ruston turned 32 on Friday, July 31, Kacey proved she meant what she had said.

The "Follow Your Arrow" hitmaker took to her Instagram Story timeline to share a sweet dedication to her ex by posting a black-and-white photo of Ruston, taken from behind, showing him looking out a window.

"Hope you know how lucky the world is to have you in it, @rustonkelly," Kacey captioned the shot. "Happy Birthday! I'm in your corner." 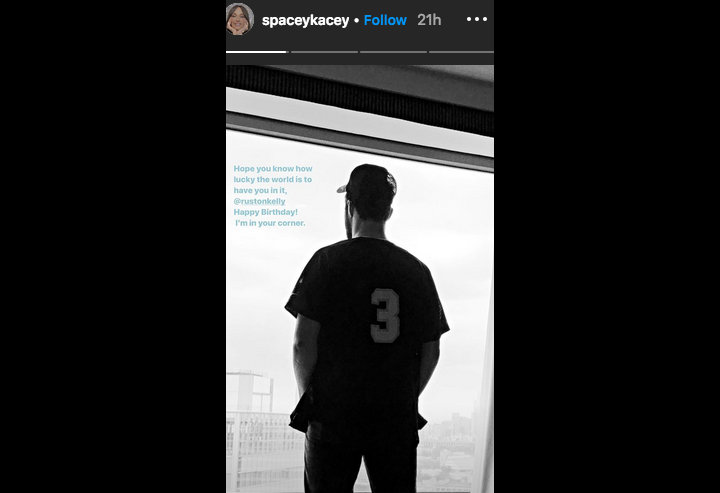 The pair had supported one another in its careers ever since meeting in 2016, and Grammy-winner Kacey even sings back-up on Ruston's upcoming album, "Shape & Destroy", which is due for release on August 28.