The 'Bugsy Malone' filmmaker, who was also known for his work on 'Midnight Express', 'Evita' and 'Mississippi Burning', passed away on July 31 at the age of 76.

The two-time Oscar nominee, also known for his movies "Midnight Express", "Evita" and "Mississippi Burning", passed away on Friday, July 31 at the age of 76.

His industry friends, fans and colleagues have since remembered the top Brit online, with "Rocketman" director Fletcher admitting Parker "inadvertently changed my life" by casting the then-nine-year-old as Babyface in the 1975 gangster musical.

"I'm extremely proud that people still recognise me from Bugsy Malone 45 years later," he shares in a statement. "It's a testament to the pure joy of Sir Alan's first film."

Fletcher goes on to praise his mentor as "a maverick from the outset," crediting Parker with helping him to achieve "wonderful things" through his "support, friendship and encouragement over the years."

"The world was a richer place with him in," he continues. "I urge everyone to watch all his films, in chronological order. Because not only are they all so different and brilliant but you'll also see what a magical talent and person he was. Sir Alan Parker gave everything to me. And I thank and love him for it."

Meanwhile, theater mogul Sir Andrew Lloyd Webber was among the big names to honor Parker on social media, posting, "Very sad to hear the news of Alan Parker's death. My friend and collaborator on the Evita movie and one of the few directors to truly understand musicals on screen."

"Evita" star Antonio Banderas added, "Alan Parker has left us. He was a great director. I checked it in 'EVITA'. RIP." 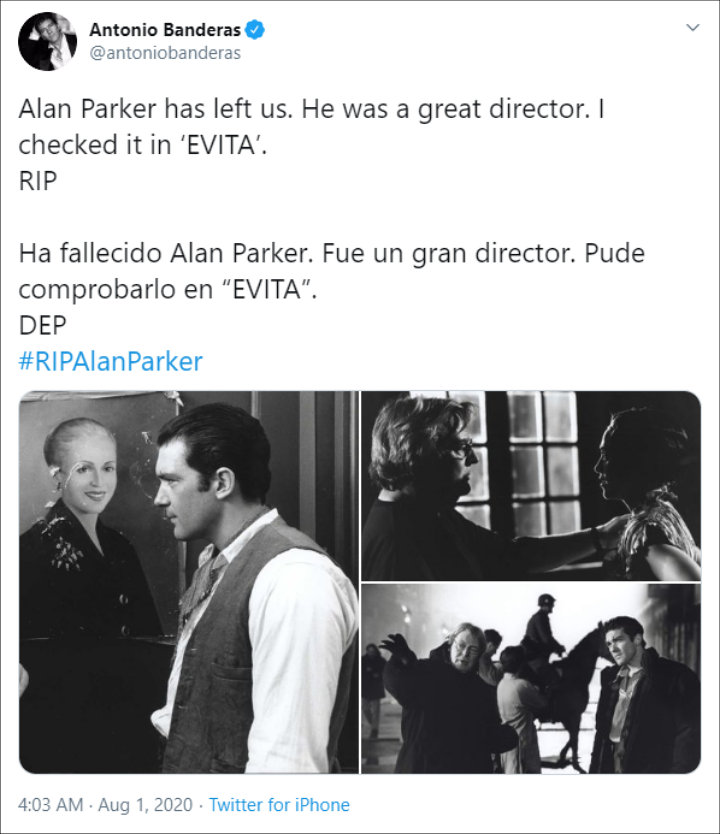 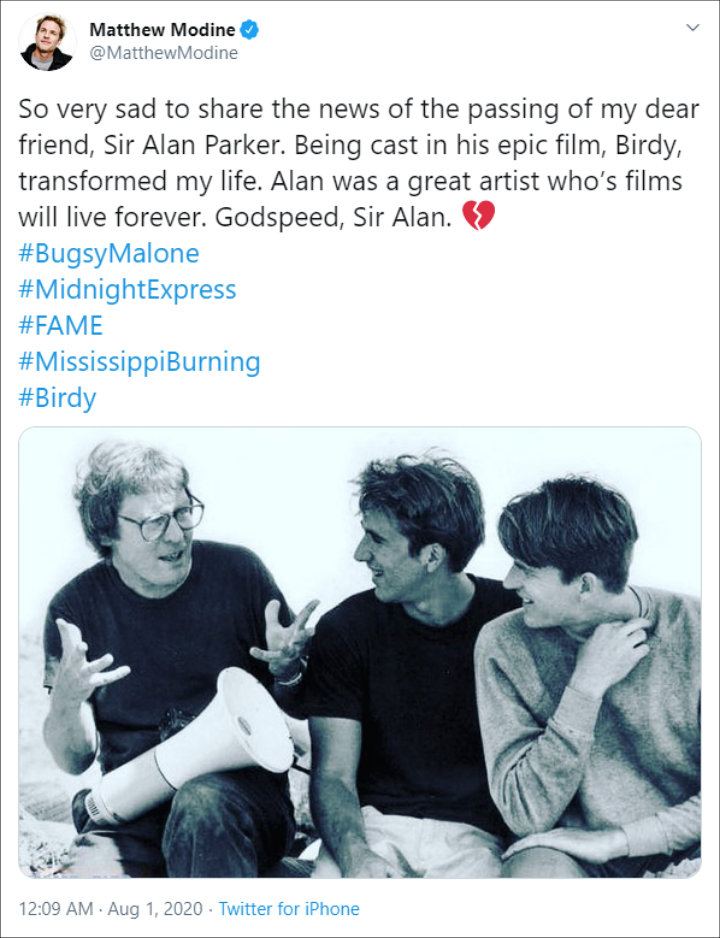 Actor Matthew Modine, who starred in his 1984 drama "Birdy", also expressed heartache at the loss, "So very sad to share the news of the passing of my dear friend, Sir Alan Parker. Being cast in his epic film, Birdy, transformed my life. Alan was a great artist who's films will live forever. Godspeed, Sir Alan."

And Italian composer Giorgio Moroder posted, "Dear #AlanParker Thank you for believing in me and giving me my first opportunity to score your film #Midnight Express. You will always hold a place in my heart. RIP."

Nicki Minaj Breaks Silence on Father's Death: It's 'the Most Devastating Loss of My Life'