Making a lot of online users baffled, the 'America's Got Talent' host makes an acronym out of the offensive slur by saying on Twitter, 'Conquer Our Own Negativity.'

AceShowbiz - Terry Crews is no stranger to making controversy with the things he posted on the internet. This time around, the actor and TV host got a lot of people baffled when he attempted to redefine the offensive slur "c**n" in a positive light.

Making an acronym out of the word via Twitter on Tuesday, July 28, Terry said, "Conquer Our Own Negativity." His tweet quickly garnered attention with over 10,000 people retweeting the post, but it's clear that they got nothing good to say about his attempt. "You really tried to make 'C**n' into something it ain't," an individual argued.

Someone dubbed him the "worst n***a of 2020," while another person quipped, "I didn't have 'Terry Crews reclaims C**N' on any of my 2020 S**tShow Bingo cards. Zamn." Making a reference to Terry's character on "Brooklyn Nine-Nine", one other commented, "It's f**ked up how Terry Jeffords, a character based on and written for Terry Crews has a better understanding of systemic and institutional racism than the actual man does."

Even Waka Flocka Flame was confused. "Bra WTF are you talking about," the rapper said.

However, just as one would have expected, Terry did not back out. When a follower of his reminded him that the word is "an outdated Term used to tear each other down," Terry replied to the user, "I agree. That word is horrible. But I've learned to catch lemons thrown at you, Make lemonade. Then make lemon bars. Make a lemon scented hand sanitizer, sell the rinds in the spice aisle for BBQ lemon pepper wings then take the seeds and grow more lemon trees." 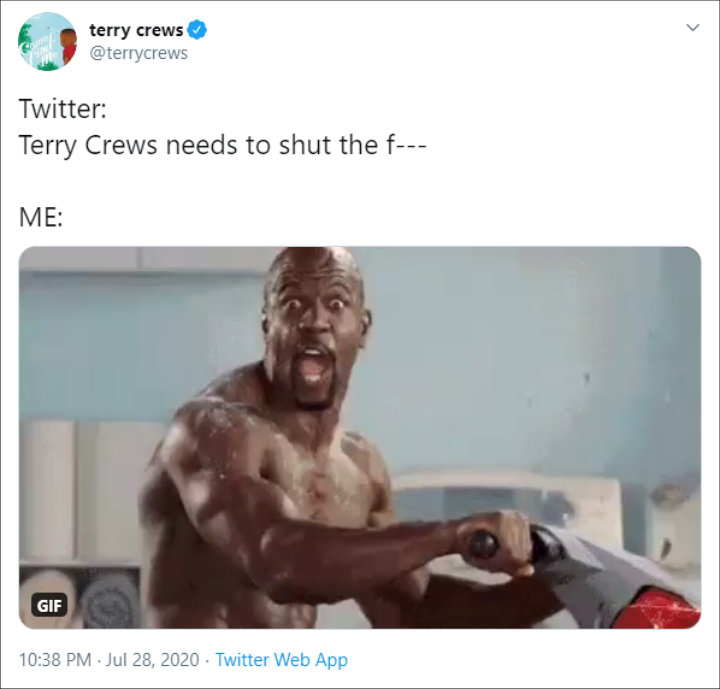 He later deleted his answer, but he made it clear once again how unbothered he was over the criticism coming his way. "Twitter: Terry Crews needs to shut the f---. ME:" the "America's Got Talent" host wrote alongside a GIF of him barging into someone's home with a speed motor boat.

Jennifer Lopez Sells Beach House Only a Year After Buying It