Speaking about the small screen project inspired by author Debbie Macomber's novels, the 'You're Still the One' hitmaker plans to write original music for the proposed show.

AceShowbiz - Country star Shania Twain is venturing into TV production to develop a new drama series based on the best-selling "Heart of Texas" romance novels.

The "That Don't Impress Me Much" hitmaker has teamed up with officials at Reel World Management to work on the project, inspired by author Debbie Macomber's books, even though Twain hadn't read any of the titles before she was approached about the gig.

However, once she began reading about the three adult siblings and their struggles to keep their late parents' ranch running, Twain couldn't put the books down.

"There are some parallels in the story to my own story - a young family carrying on after the parents die, and the female main character having all this responsibility," she told The Hollywood Reporter.

"I was thinking this sounds so much like my own life. And I'm drawn to horses and the whole lifestyle of living outside the city, where family is everything. It really spoke to

The singer will serve as an executive producer, and write original music for the proposed show.

"I'll be able to write about love and loss and hardship and triumph. It's going to run the gamut in that sense," Twain explained.

"I'm still getting a feel for the sound and mood of the music. I'll be getting together with an arranger, and that's going to be new for me as well, getting involved with the actual scoring."

A showrunner for "Heart of Texas" has yet to be appointed, but once the job is filled, Twain and Reel World Management chiefs Roma Roth and Christopher E. Perry plan to begin pitching the series to bosses at various networks and streaming services.

Benny The Butcher on Visiting Kanye West's Lavish Wyoming Ranch: 'It Was Dope' 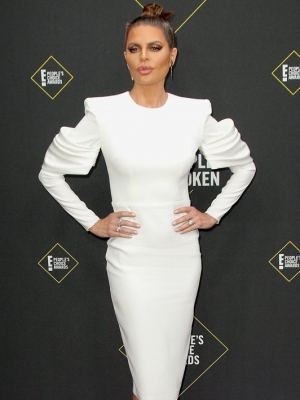