The 'Queen and Slim' actress trolls fans asking for 'baby picture' of her daughter with the former 'The Affair' star by posting a photo of the infant's dirty diaper.

AceShowbiz - Jodie Turner-Smith has given an update on her new life as a new mom, but it's not what everyone would expect from her. Instead of sharing a cute picture of the 3-month-old baby, the new "baby picture" posted by the actress could be deemed a turn-off by many.

On Wednesday, July 22, the "Queen & Slim" star took to Instagram Stories to debut the new "baby picture." Giving an insight into the reality of motherhood with a little bit of humor, she showed her daughter's dirty diaper instead.

"Here's that baby picture you all have been asking for," so the 33-year-old star captioned the snap, tagging her husband Joshua Jackson. Responding to Jodie's Instagram post, one person reacted on Twitter with several rolling on the floor laughing emojis along with a poop emoji. 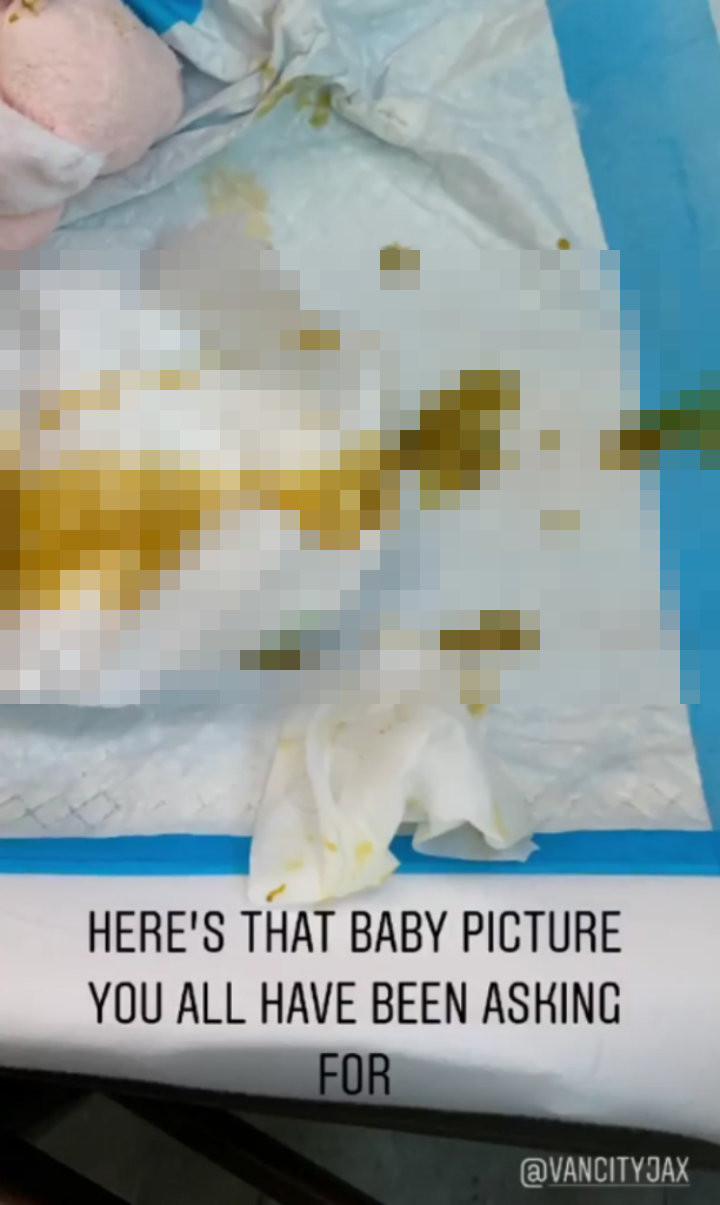 Jodie and Joshua, who quietly married in private nuptials in December 2019, welcomed their first child in April of this year. "Both mother and baby are happy and healthy," a rep for the couple confirmed the news of the baby's arrival.

The following week, Jodie joked on Instagram Stories that she has become a "milk factory until further notice" since giving birth to her daughter. Later in May, in honor of Mother's Day, Joshua posted a picture of his wife cradling their baby daughter.

The "Fringe" alum lovingly wrote in the caption, "Dear Jodie, On this most special of mothers days I want to thank you for the being the light that you are. For the the passion with which you threw yourself into nurturing and protecting our child when she was in your womb. For the dedication and will you showed bringing her into the world. I have never witnessed a more powerful being than you through those moments."

"Thank you for the depth of grace you have found since our daughter has arrived," the 42-year-old actor continued gushing about his wife. "The commitment that you make look so effortless but I know is anything but. Thank you for making me a father. For trusting me enough to embark on this journey together. I am humbled more and more every day by that. I love you. I love seeing you enter the pantheon of mothers. And I look forward to walking this path by your side as we nurture this little engine of joy you have blessed the world with."