The spin-off reportedly will be penned by 'Empire' co-creator Danny Strong, Stacy A. Littlejohn and Yolonda Lawrence who will also executive produce and serve as co-showrunners of the project.

AceShowbiz - Fans seemingly will be getting more of Taraji P. Henson's Cookie Lyon. It is reported that a spin-off series centering on Taraji's character is being developed by FOX and Taraji's production company called TPH Entertainment following a two-year first-look deal that the actress signs with the 20th Century Fox TV.

Details of the pilot currently remain unknown, but it is said that it "follows what's next for Cookie." The "Hidden Figures" actress will obviously reprise the role in addition to serving as producer.

"I believe that normalizing stories around stigmatizing matters will make them more palatable for audiences to embrace," Taraji said in a statetement on Thursday, July 23. "Art can change perception and I plan to develop projects that can help further the conversation."

"I also aim to help cultivate and establish new young talent and their stories because they are our future and deserve a voice and a platform to be heard. I'm so excited to have 20th, led by the talented Carolyn Cassidy, support me in this new endeavor!" she continued.

"We were lucky to have a front row seat to Taraji's meteoric rise as a fixture on television through 'Empire'. Through that relationship everyone at the company grew to appreciate her passion for storytelling and her strong creative gut instinct," added 20th Century Fox TV president Carolyn. "With 'Empire' finished we look forward to helping her explore stories that need to be told through her talent and advocacy."

The spin-off reportedly will be penned by "Empire" co-creator Danny Strong, Stacy A. Littlejohn and Yolonda Lawrence who will also executive produce and serve as co-showrunners of the project. Should it go to pilot, "Empire" veteran Sanaa Hamri is set to return to direct. Meanwhile, Lee Daniels will join as a non-writing EP alongside Imagine Entertainment's Brian Grazer and Samie Falvey.

Prior to this, Henson and Daniels showed their interest to make a continuation to Cookie's saga as "Empire" concluded after six seasons back in April. Of the possible spin-off, "Empire" showrunner Brett Mahoney said at the time, "I don't know what that is and I'm not a part of it, but I wouldn't be surprised if someone was trying to work on something." 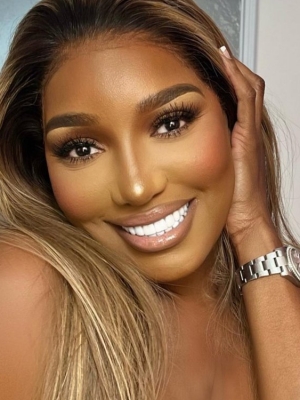