Movie fans have voiced concerns that the 'Fury' actor may have been cast to play a Latino character when he is not of Latin descent after the trailer for the David Ayer-directed film was released.

AceShowbiz - Shia LaBeouf has been accused of using "brownface" after the trailer for his new movie seemingly showed him portraying a man of Mexican descent.

The criticism was sparked when the trailer for the David Ayer directed film The "Tax Collector" was released, showing a heavily tattooed Shia playing a gangster working for a crime lord and speaking with an accent. And some movie fans took to social media to voice concerns he may have been cast to play a Latino character when he is not of Latin descent.

A Mexican TV writer and producer tweeted: "#brownfacing 2020 style," before adding: "Tell all the kids how you're Hollywood's top cholo auteur, and your pretzel reasons Shia Lebeouf (sic) is sort of kind of playing a weird movie cholo in a cop movie and how all of this isn't really." 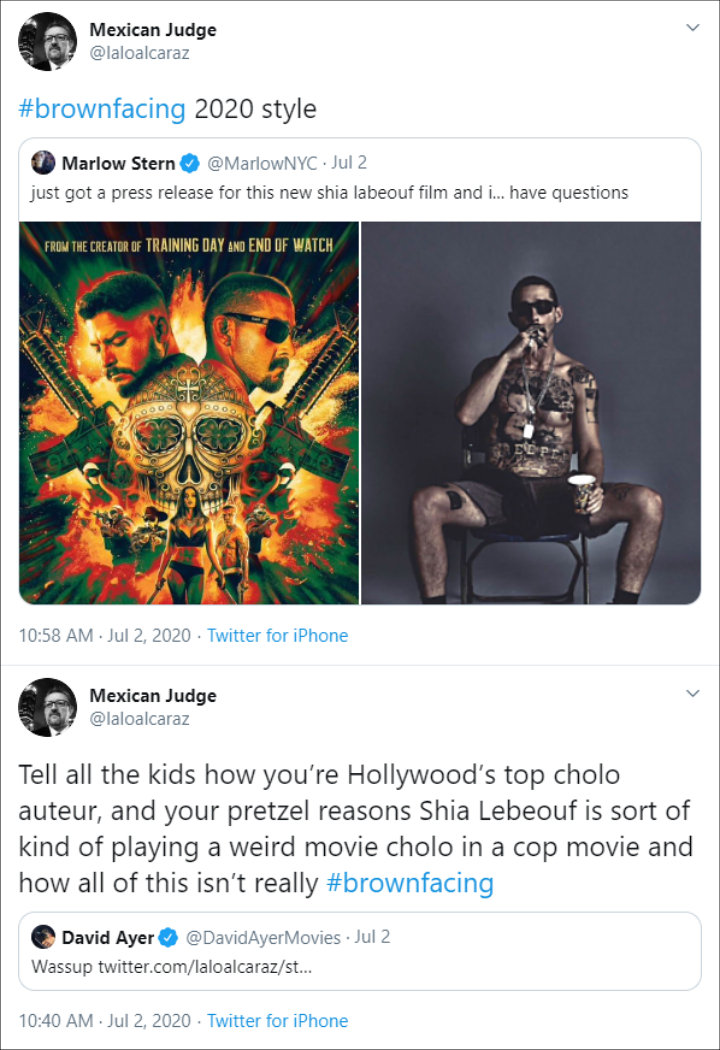 However, Ayer hit back at the claims and insisted Shia is playing a white man – although the character is heavily influenced by Latinx culture.

When another critic directly tweeted the filmmaker to ask: "Is Shia Lebouf (sic) playing a Latino character in Tax Collector? If so, why didn't you cast a Latin actor?"

The director, who helmed "Suicide Squad", responded: "Really important answer – Shia is playing a whiteboy who grew up in the hood. This is a Jewish dude playing a white character. Also the only white dude in the movie." 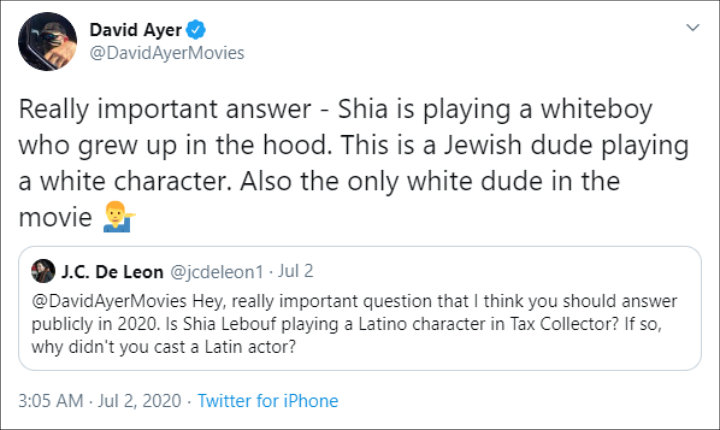 "I grew up hood and I'm a whiteboy. Chicano culture is inclusive – I've seen whiteys, Asians, Blacks, Filipinos all putting in work for the hood. It's part of street culture." 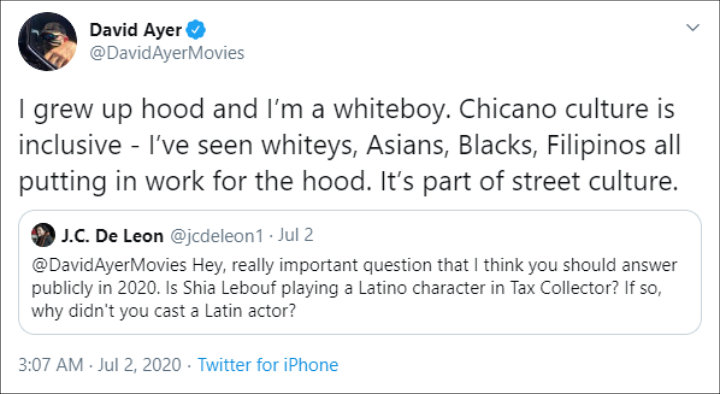 He also clarified, the film isn't a "cop movie", and "Shia is playing something very specific. Not brown face." 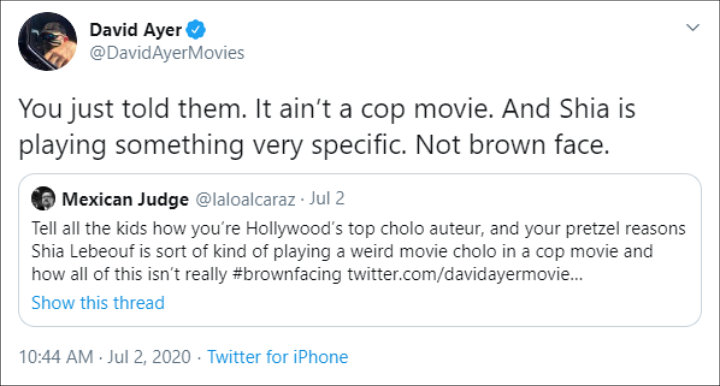 David Ayer stressed that Shia LaBeouf did not do 'brownface'.

The once-troubled actor, who starred in Ayer's film "Fury", has turned his career around in recent years, and garnered critical acclaim, particularly for his movie "Honey Boy", in which he starred as a fictionalised version of his own father.