Cara Delevingne, Brandon Flynn, Madelaine Petsch, and Cole Sprouse are among those stars accused of showing up at the Black Lives Matter protest only for photo op.

AceShowbiz - Many celebrities have taken to the streets to march with protesters in solidarity with black community, but some of them might not be genuine. One protester took to social media to reveal what they saw at the recent Black Lives Matter protest attended by some of the Hollywood stars.

"I'm gonna expose some fake a** white celebrities. so many celebs were being so messy at the protest today," the person wrote on Twitter. "Don't believe celebs posting pics here. They're doing it for clout."

Some of those celebrities were accused of being disrespectful. The protester wrote, "They TOOK SPACE from Black organizers and families and sat on their f**king phones?? while doing none of the work?"

The first one getting called out on the Twitter thread was Cara Delevingne. She was accused of showing up only for photo op as she allegedly kept walking in and out of the crowd, trying to get spotted. She was also slammed for focusing on her phone during speeches.

"She was WAYY too close to the front and center, which was only for family members and organizers. cara and her friends kept f**king walking out and then walking back in (pushing past people to do so). they took up wayyy too much space and were on their phones."

"I got in an argument w cara when she pushed thru a final f**king time and pushed my crutch multiple times to get there. she has never been to these actions before and acted like she somehow deserved to be at the front. she definitely just wanted people to take pics," the individual added.

The activist also commented on a picture of Cara holding up a Black Lives Matter sign. "Deadass never saw her once hold up this sign lmao," the person scoffed. 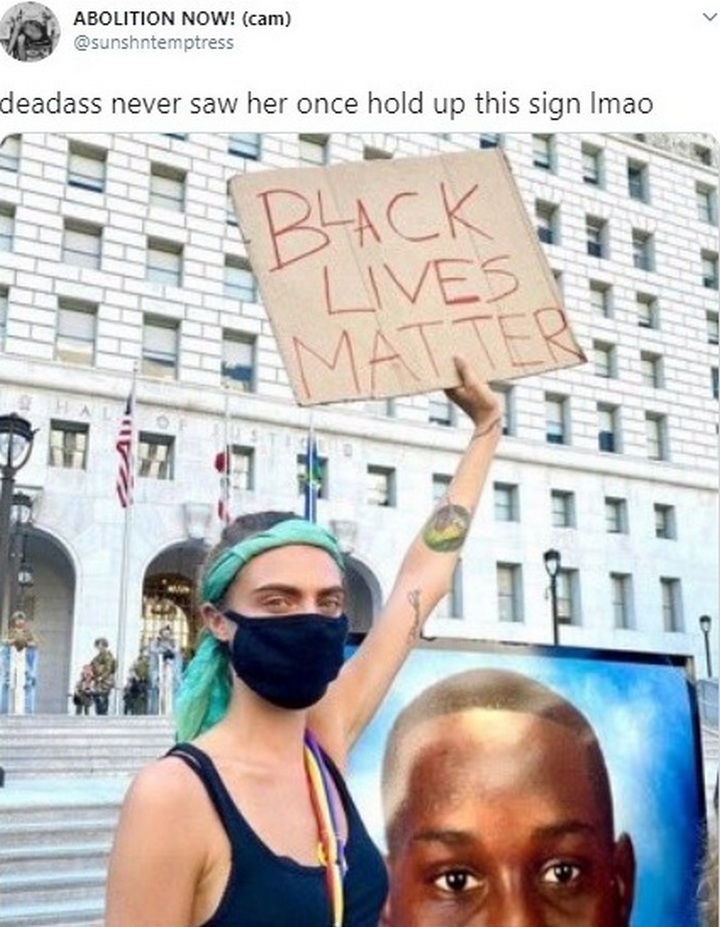 Cara Delevingne is accused of faking it at protest

Next was "13 Reasons Why" star Brandon Flynn. The activist claimed, "His a** was WAYY WAYY too close like at the god damn f**king front. taking up wayy too much space. he was watching ig stories and texting as Helen Jones, mother of John Horton (who was killed by police), was speaking."

Just like Cara, he and his friends reportedly "kept moving in and out of the crowd" and "wouldn't stay in the god d**n same space." The person continued, "THEN!!! They LEFT before the actual protest f**king started! as soon as folks started leading and we were ready to march, they left."

Others who allegedly left early before the march began were Madelaine Petsch and Cole Sprouse. "I saw the redhead from Riverdale and cole sprouse. also wayyy too f**king close to front and center. madeline was on her gd phone when ppl were talking. everyone who spoke was Black or a family member. it was so f**king disrespectful," the activist raged. 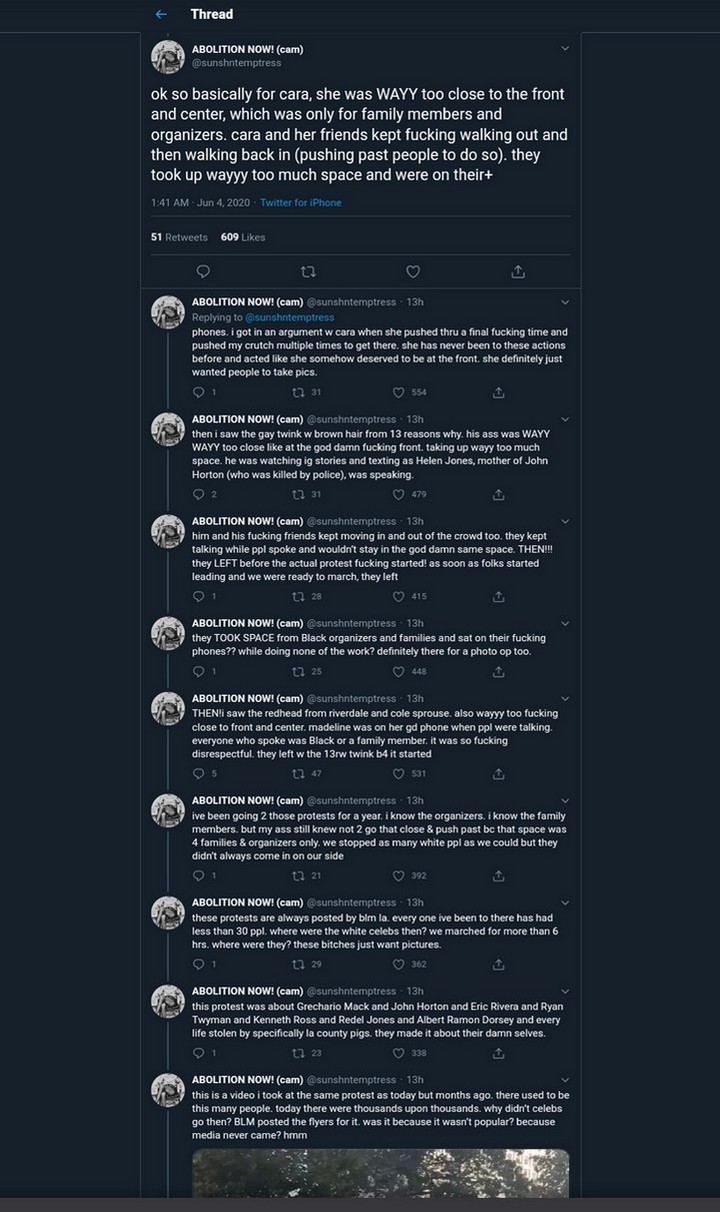 However, the activist faced backlash of their own for calling Brandon and his friends "twinks." The person responded, "Now i'm homophobic because i hate twinks? the nerve. i don't want damn attention at all. i just started using this acc again and notifs stress me out but i'm not letting ppl get away w this s**t."

Cara Delevingne Left a Share of $4.6 Million by Late Godmother