Garnering backlash for his retweet, the 'American Horror Story' actor is quick to offer an apology and insists that he does not 'condone the guy watching the news at all in the video which I have deleted.'

AceShowbiz - Evan Peters has found support amid backlash over his retweeting of a video condoning violence against looters. Around the same time the "American Horror Story" actor issued an apology for his retweet, the social media user who originally posted the news footage of a looter being chased by police came to his defense.

In a Tuesday, June 2 post, the Twitter user backed the actor by stating, "I'm sure @Evan_Peters was supporting the taking down of looters." He further stressed that he is a supporter of Black Lives Matter. "Seems pretty obvious but for the people that like to twist things: I was out there protesting in Longbeach Sunday. I am pro BLM! The looters then came out and destroyed my city. Looters are bad protesters are good," he wrote. 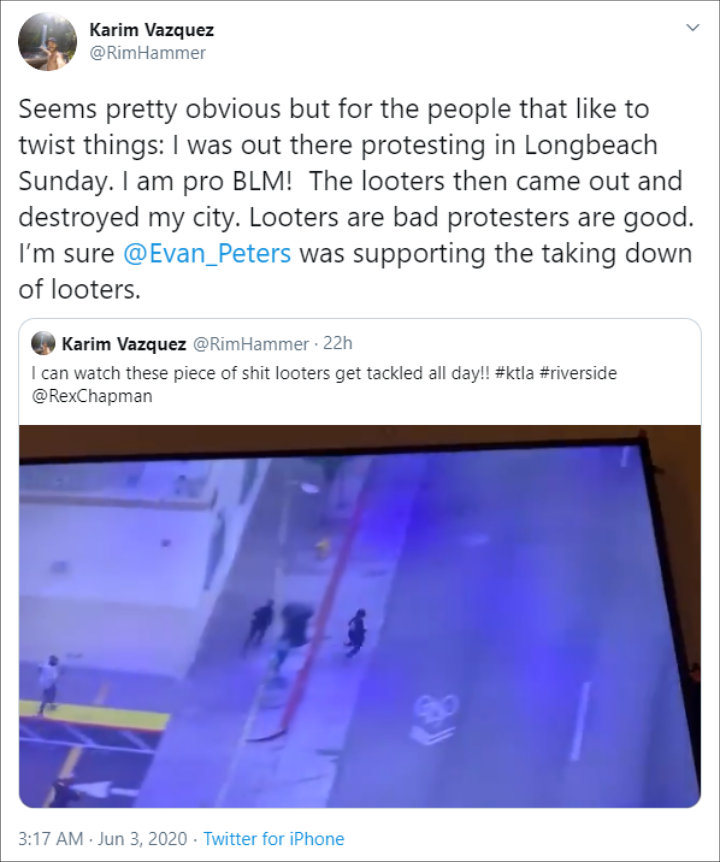 The ex-fiance of Emma Roberts himself deleted his retweet before expressing regret for his error. "I don't condone the guy watching the news at all in the video which I have deleted. I unknowingly retweeted it," the 33-year-old actor explained. "I'm deeply upset it got on my newsfeed. I sincerely apologize if anyone was offended. I support black lives matter wholeheartedly."

Peters' apology was met with a call for action by some of his followers. One replied, "Evan, If you support #BlackLivesMatter wholeheartedly please share resources and information to your followers, the black box does nothing to help us. If you need links to share we have plenty." Another urged him, "Do something then to make up for it. Post bail for people. Donate. Not just a half a** apology when people are mad at you." 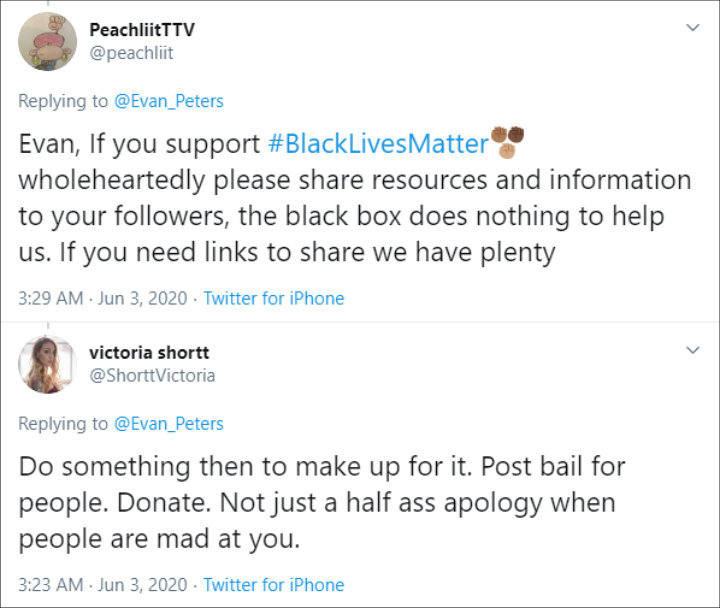 Evan Peters urged to do something in exchange of his apology.

Seemingly taking the advice into account, the "Dark Phoenix" actor made use of Instagram Stories to reposted educative message from Jameela Jamil's I Weigh account which offers lists of Places to Donate, Accounts to Learn From, Books to Read and Movies/Shows to Watch that support the Black Lives Matter movement. 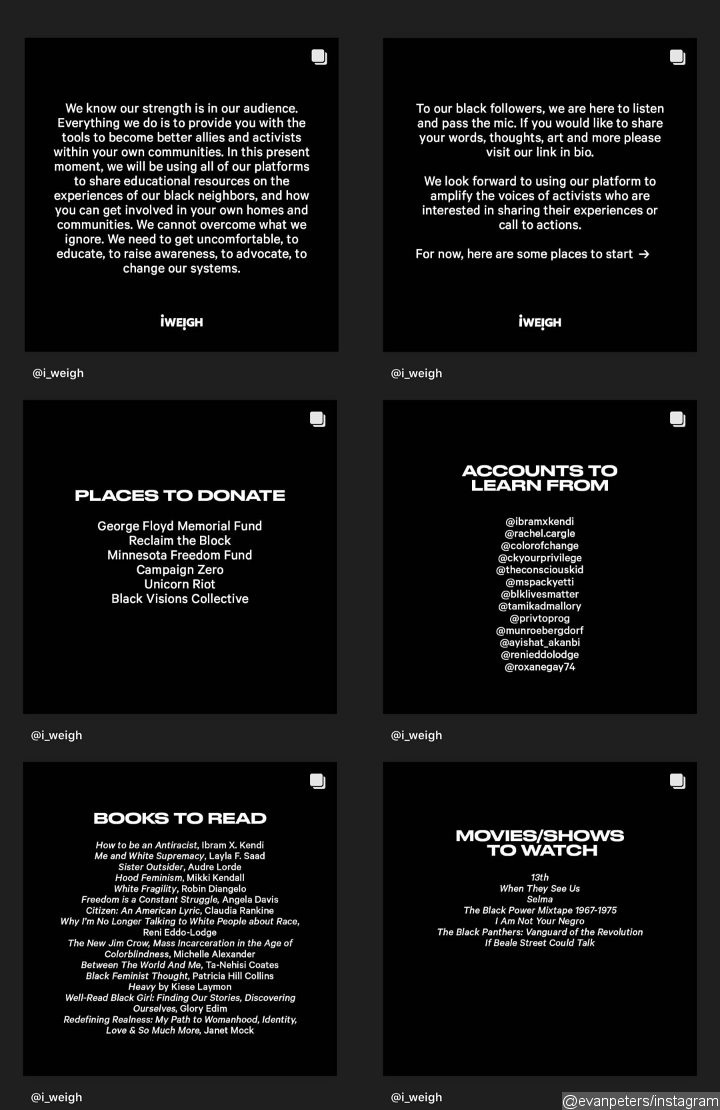 The original Twitter post at issue shared a recording of a news helicopter coverage that documented police on foot pursue of a looter amid the George Floyd protests in Los Angeles. Near the end of the clip, the cops were seen pinning down the person they were chasing. The video was captioned, "I can watch these piece of s**t looters get tackled all day!!"

Evan Peters Reveals Emma Roberts Made the First Move on Him