The 1975 frontman has been accused by the social media users of using the Black Lives Matter anti-racism and justice movement to promote his band's music.

AceShowbiz - The 1975 frontman Matty Healy deactivated his Twitter account after criticism for putting a link to one of his band's tracks in a tweet calling for justice for African-Americans.

The British rocker wrote, "If you truly believe 'ALL LIVES MATTER' you need to stop facilitating the end of black ones," in a tweet that contained a link to his band's 2018 track "Love It If We Made It", on Thursday, May 28.

Twitter users accused him of hijacking the current anger over the death of a black man, George Floyd, at the hands of police in Minnesota, and the Black Lives Matter anti-racism and justice movement for profit.

He quickly deleted the post and apologized, later tweeting both the song and his comment independently, but then after the backlash continued he removed his account from the site. 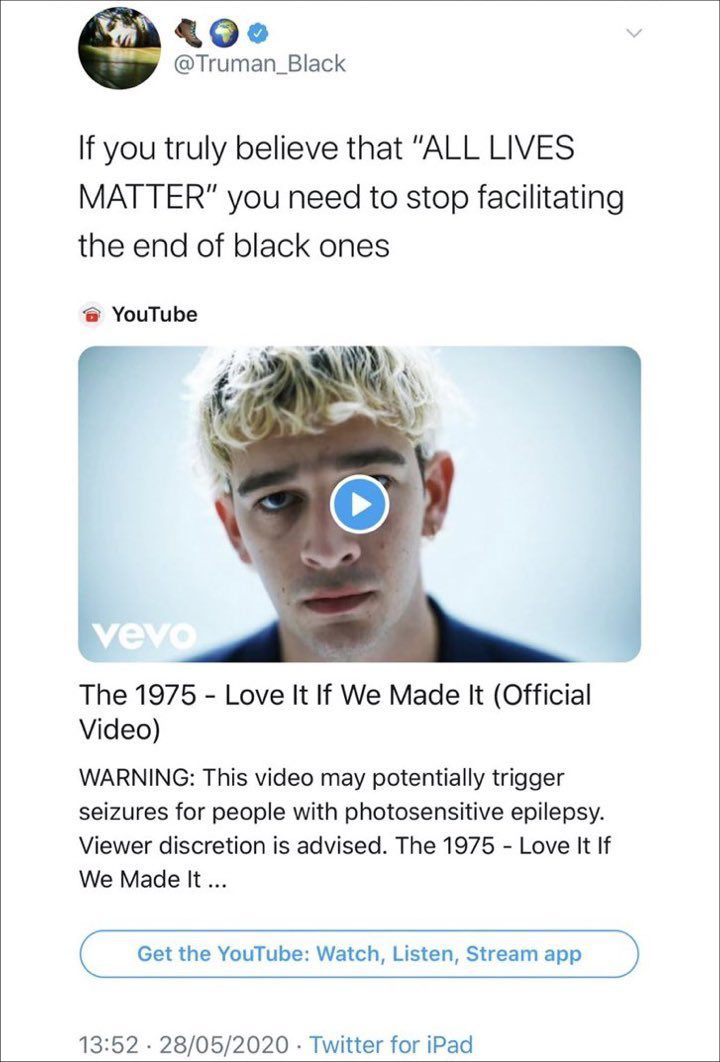 Among the angry messages aimed at the "Chocolate" hitmaker was one that reads, "matty healy has promoted his own work to profit off a movement about black people, it's not defendable and if you are defending him you have no argument in the situation it's really that simple."

Another user adds, "matty healy constantly speaks up about how he struggles as a white man in the industry and how his band is at a disadvantage cause they aren't the typical pop band but his response to a black man being murdered is a link to his song??? fvck (sic) him."

Matty Healy criticized for promoting music when calling for justice

Bosses at his record label Dirty Hit seemed to acknowledge the controversy in their own tweet linking to a petition calling for justice for Floyd, praising the "open dialogue" from fans and explaining they have a "great platform" to promote things that "matter."

Camila Cabello Gets Candid About OCD Meltdowns: There Was Something Hurting Inside Me