Twenty three years after she wore the prom dress in the 'Prophecy Girl' episode, the former 'Buffy the Vampire Slayer' star delights fans with her throwback look in a new social media post.

AceShowbiz - Sarah Michelle Gellar is using her time during the coronavirus lockdown to walk down memory lane. More than two decades after she first portrayed Buffy Summers, the former leading lady of "Buffy the Vampire Slayer" delighted many of her fans by dressing up in her character's iconic dress from the Season 1 finale.

On Thursday, May 7, the 43-year-old actress shared a photo of her rocking a white chiffon dress and black leather jacket. Along with the picture, she wrote in the caption, "All dressed up and no where to go. 'I say we party.' " She added the hashtags of "safe at home" and "prophecy girl". The latter referred to the finale episode of her 1997 series.

Seeing Gellar's choice get-up, many of her fans flooded her post with appreciation. "Omg!!!!! Literally just made my day!!! What other outfits do you still have??? Let's see them all!", "Omg!!!!! I can't!!! Is this the original?!... Gorg!" and "I couldn't love this more! BUffy has been my quarantine binge because it's my safe space and makes me feel normal/like myself" were some of the online reactions. 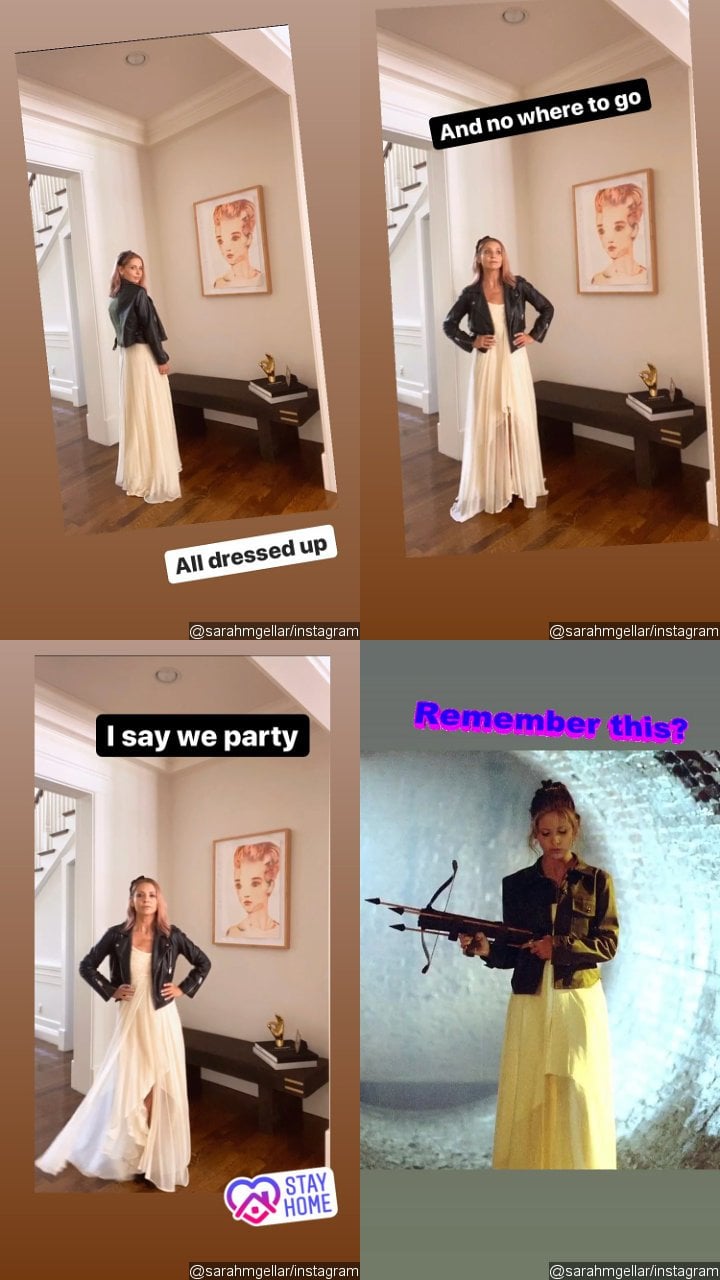 Adding more buzz to the post, the wife of Freddie Prinze Jr. confirmed she was wearing the same dress Buffy wore when attempting to defeat The Master. Asked by a fan, "Omg is that THE dress," she simply replied, "you know it." When another fan inquired, "You still have the dress??", she responded, "yup."

A third fan, on the other hand, made a request Gellar might not be able to fulfil. "Can you model a Buffy outfit weekly?!! Love!!!!" wrote the fan in the comment section. In response, the "I Know What You Did Last Summer" actress admitted, "that might be all I have [crying face emoji]."

Buffy devotees were not the only ones excited over Gellar's throwback look. "The Real Housewives of New York City" star Bethenny Frankel commented, "This is exactly what I look like-minus being clean and pretty and nicely colored hair and in clothing." Fashion designer Christian Siriano exclaimed, "Yesss party at home," while her "Cruel Intentions" co-star Selma Blair wrote, "Love you." 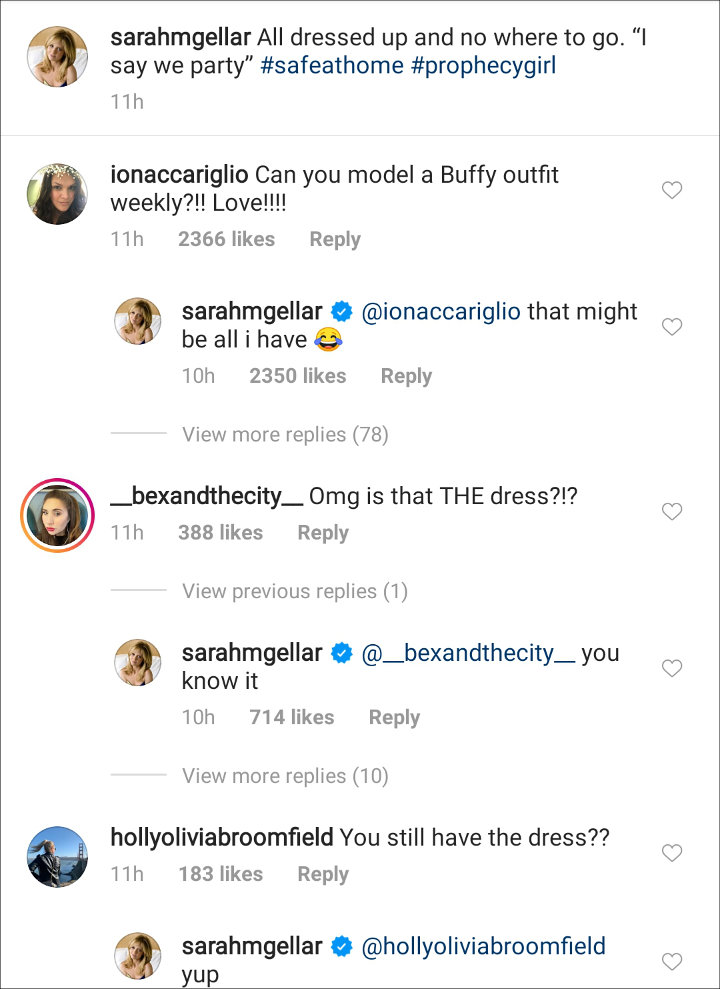 This post was not Gellar's first reference to "Buffy" since she began self-isolating amid the COVID-19 pandemic. In March, she shared a meme that compared her scythe-wielding character to her pajama-wearing self. It features a caption that read, "How I expected my apocalypse outfit to look. How it actually looks." Along with it, she wrote, "#truth (I love all these memes btw keep them coming)."

Nearly a month later, Gellar posted another Buffy meme. This time, it roasted the infamous bangs she rocked in the 1998 Christmas special episode of "Buffy" that has a caption that read, "How some of y'alls quarantine haircuts are looking." She herself noted in the caption, "What's funny is, I was just contemplating an at home haircut."