AceShowbiz - Zooey Deschanel made sure beau Jonathan Scott's birthday was one to remember as she threw him and twin brother Drew a virtual "Game of Thrones" murder mystery party over Zoom.

The stars and their pals took to the popular video conference app while in lockdown to mark Jonathan and Drew's 42nd birthdays, and appeared to have a blast dressing up as characters from the hit HBO series.

For the online gathering, "New Girl" star Zooey dressed as Queen Cersei Lamester - a play on Lena Headey's Cersei Lannister - while Jonathan was his own character inspired by the House of Stark - Snobb Snark.

"All is well in the kingdom this eve as we played a 'Game of Thrones' inspired Murder Mystery with friends and family. SO fun," the "Property Brothers" star wrote alongside screenshots from the call. 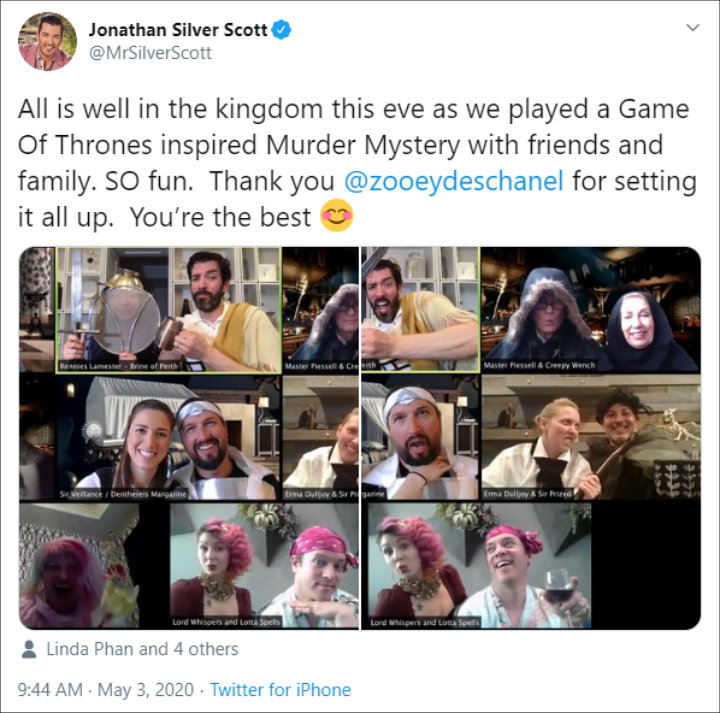 "Thank you @zooeydeschanel for setting it all up. You're the best."