Met with backlash after being spotted wearing the mask during a recent outing with her boyfriend, Sailor Brinkley Cook insists that it's just an old mask from her mother's art studio.

AceShowbiz - Model Sailor Brinkley Cook is defending her decision to wear an in-demand N95 face mask during a recent outing with her boyfriend.

The 21-year-old daughter of Christie Brinkley became a target on social media when she was spotted wearing the mask, which is in short supply for those who really need them amid the ongoing health crisis.

But she insists it's just an old mask that was lying around in her mum's art studio.

"To everyone reaching out (very angrily) about me having a mask... my mom is an artist and does projects that require her to wear a mask," Sailor wrote online.

"We didn't buy them upon hearing about the spread of COVID-19. She kept one mask for each one of our family members and then donated the rest to local hospitals." 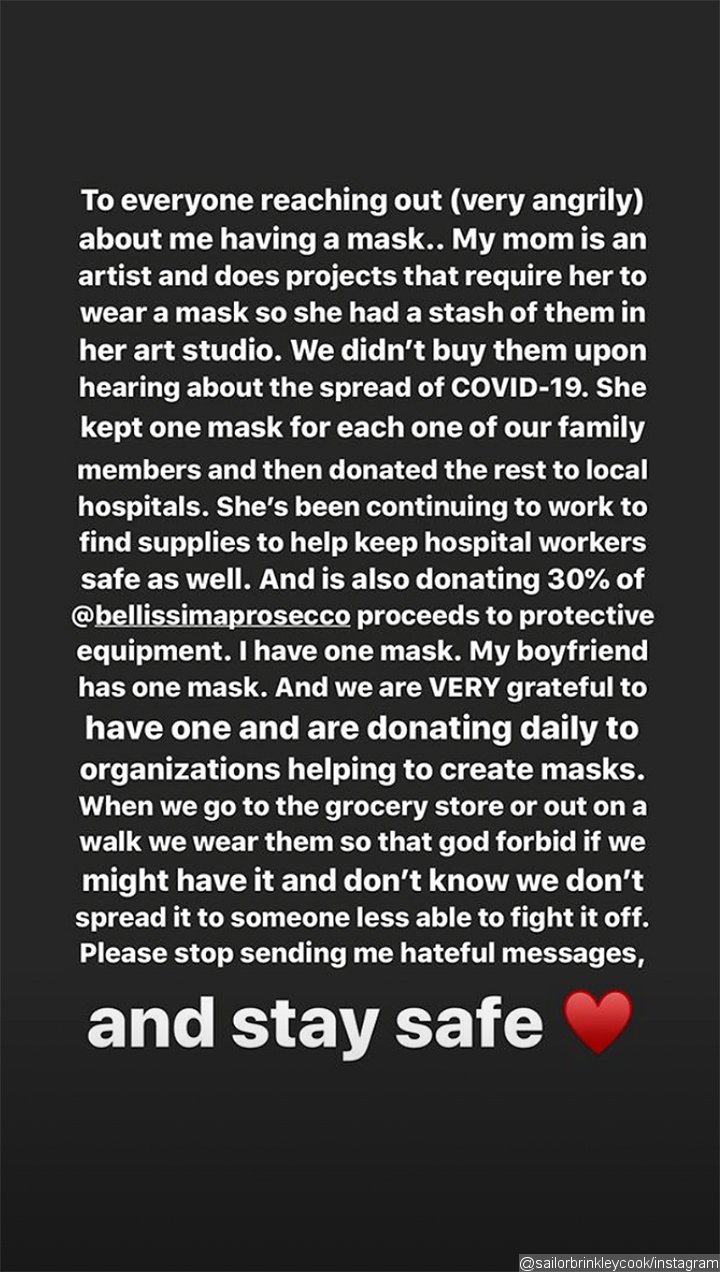 The model also revealed her mother has been tracking down supplies, and donating proceeds from her Bellissima Prosecco brand to bosses at the Direct Relief Foundation.