AceShowbiz - Jared Leto paid homage to the Tiger King himself, Joe Exotic, as he hosted a virtual viewing party of the Netflix documentary series online.

The actor, 48, channelled the zoo owner and felon in a reflective gold shirt with purple floral print accent, a wide-brimmed straw hat, and red track pants, as he took to his Twitter account (https://twitter.com/JaredLeto) on Thursday, March 26, night to watch the show with fans.

Jared, who also held a stuffed toy lion, had advertised the session with fans on Instagram earlier in the day, and took to the platform to document his thoughts as he watched the seven-part documentary.

"Wow. Mind blown again - end of episode one. Masterful direction and great job to all involved with the production!!!" he gushed.

While the "Suicide Squad" star is clearly a fan of the show, the actor/singer also clarified his stance on keeping exotic cats as pets.

"For the record no one should keep these animals in cages like this. Not ok. We need to protect exotic/endangered animals and their wild habitats," he tweeted, while also tagging the World Wildlife Foundation (WWF).

Released earlier this month on Netflix, "Tiger King: Murder, Mayhem and Madness" follows the exploits of Joe, who ran a popular illegal zoo.

And while fans have taken to social media to rave over the show, Cardi B found the length of the series too much to handle in one sitting.

"What ya think bout TigerKing?" she tweeted. "I'm on the second episode and I'm a little lost cause I started f**king."

Cardi B weighed in on the series.

Following the success of the show, it was revealed "Saturday Night Live" regular Kate McKinnon is spearheading a new series, in which she'll portray Joe's bitter rival and Big Cat Rescue CEO Carole Baskin, while Dax Shepard has expressed interest in playing Joe. 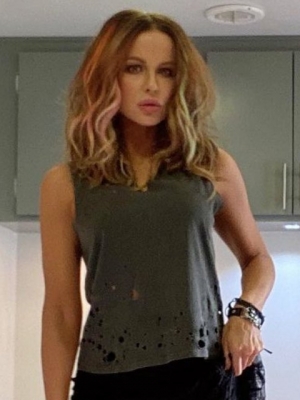